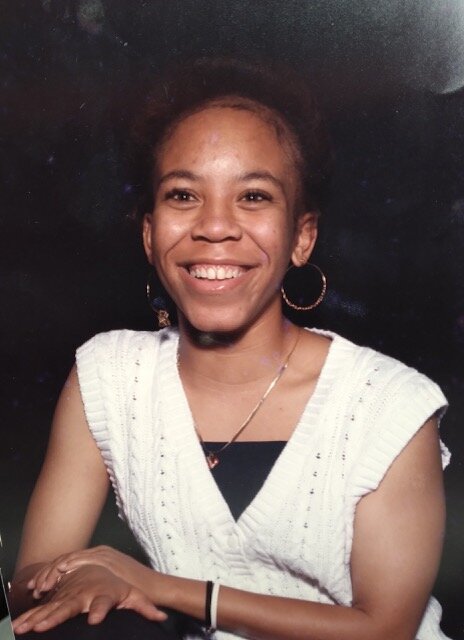 Please share a memory of Natika to include in a keepsake book for family and friends.
View Tribute Book

Natika Lewis was born on September 9, 1968, in Philadelphia, Pennsylvania. At an early age, she moved to Plainfield, New Jersey. She died unexpectedly on December 4, 2022, at Good Samaritan Health and Rehabilitation Center in Antioch, Tennessee.

Natika was a person of faith. She was baptized, received first Holy Communion, and was confirmed at St. Bernard Clairvaux & St. Stanislaus Kostka Catholic Church.

Natika was educated in private, Catholic, and public schools in New Jersey. At an early age, she demonstrated her musicality as a dancer in ballet, jazz, and modern dance and as a pianist and clarinetist. She took great pride as she earned certificates to be a Red Cross Lifeguard and as she participated in her school's Jr Reserve Officers' Training Corps (JrROTC). She also studied at Nashville State Community College. Her employment history in New Jersey and Tennessee included positions as an associate and manager in various retail establishments.

Natika was loved. She is survived by her mother, Dr. Margaret A. Lewis, cousins, and other relatives and friends.

To send flowers to the family or plant a tree in memory of Natika Lewis, please visit Tribute Store
Saturday
28
January

Look inside to read what others have shared
Family and friends are coming together online to create a special keepsake. Every memory left on the online obituary will be automatically included in this book.
View Tribute Book
Share Your Memory of
Natika
Upload Your Memory View All Memories
Be the first to upload a memory!
Share A Memory
Send Flowers
Plant a Tree