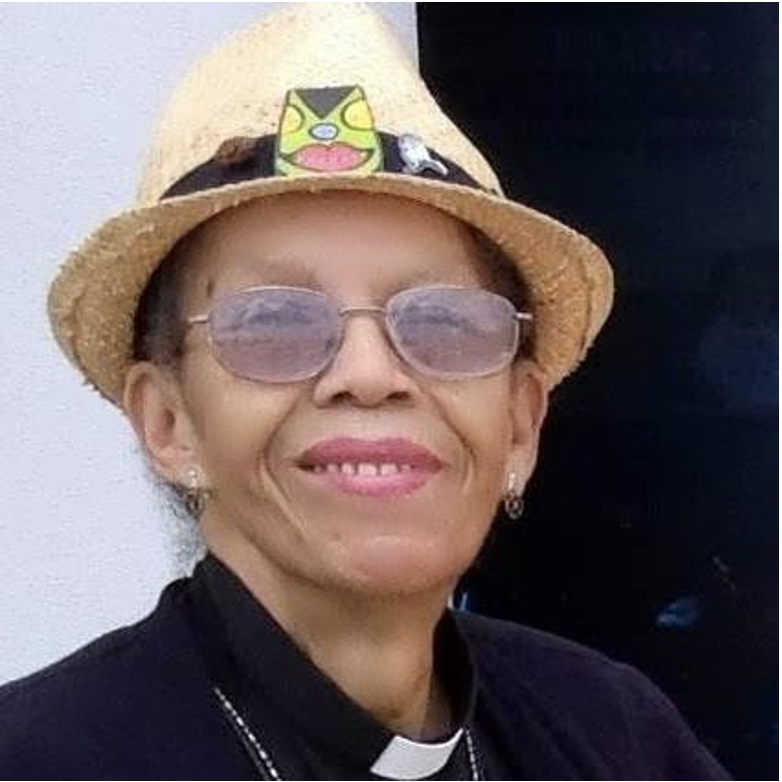 Please share a memory of Aleathia to include in a keepsake book for family and friends.
View Tribute Book

Aleathia Dolores Nicholson was born on April 10, 1937,  in Salisbury, North Carolina. Her father, John W. Nicholson was a public school teacher and her mother, Leathia, was a social worker.    Her love of music came from her father, John, who sang with a men’s Gospel quartet.  As a teenager Dolores was the church musician at many churches in the Salisbury area. After graduating from high school Dolores entered the prestigious five-year music program at Hampton University earning her bachelor’s degree.  Dolores taught in elementary schools in North Carolina for many years earning a master’s degree from the University of Connecticut during the summers.

Dolores moved to Nashville, Tennessee, where she could further indulge her insatiable love of reading and music while earning a living. She practically took up residence in her favorite bookstore. Dolores would buy books before buying groceries, and read widely gaining unimaginable knowledge about the world and the human condition. Dolores discovered that in addition to country music artists, many popular artists recorded in Nashville and “warmed up” in the local nightclubs before heading into the recording studios. She was a frequent visitor in the Nashville music scene, often in a front row seat, especially for the Neville Brothers. An extension of this was her love of the Wild Tchoupitoulas and New Orleans Mardi Gras, which she frequently attended.

Over a period of forty plus years Dolores taught at Peabody “Dem” Demonstration School and a number of public elementary schools in Nashville. She also worked in the Schools of Nursing at Tennessee State University and Meharry Medical College; and in the Teacher Certification Department of Fisk University. While at Fisk University, Dolores would often sit in on rehearsals of the Fisk Jubilee Singers. Dolores taught in the summer programs of Teach for America for many years.

In Nashville Dolores served as organist at Holy Trinity Episcopal Church and St. Anselm’s Episcopal Church, both historically Black congregations. At St. Anselm’s Dolores received the call to ordained ministry, entering the process under the Rev. Richard “Rick” Britton.  Dolores served her discernment period under the Rev. Paul Roberts at St. Matthias Episcopal Church.  She attended the two-year Servant Ministry Program for Deacons at the Episcopal Theological Seminary in Lexington (KY) and with Dr. Charles Burdeshaw was ordained Vocational Deacon in 1989). Dolores  was deeply loved by the people of St. Matthias Church. That heartfelt love was the reason the Diocese kept her at St. Matthias after discernment and ordination. The Rev. Deacon Dolores Nicholson’s first assignment was to St. Matthias, where she frequently preached and had a musical and pastoral role amongst the folks at Dandridge Tower (senior housing across the street from the church, originally erected through the efforts of the Diocese’s Dandridge Tower Board). She served as Deacon in Charge at St. Anselm’s Episcopal Church before being appointed as Deacon at Christ Church Cathedral, where she served until retiring in 2016 under the Rev. Dr. Timothy Kimbrough, Dean of the Cathedral. Dolores delighted in preaching, the Deacon’s role serving on the altar, and the Cathedral’s prayer and healing ministry. She was recognized as a powerful prayer warrior and prophetic preacher.

Dolores made her transition on Thursday, October 20, 2022. An only child, Dolores was predeceased by her parents. Dolores leaves a cousin (Penny Nicholson-Knox, Salisbury, NC), many friends and her extensive Church families at Holy Trinity, St. Anselm’s, St. Matthias, the Cathedral and in the Diocese. In accordance with her last will and testament, she will be cremated and her ashes laid to rest in a private Service of Committal at a later date to be determined. She was remembered in the Prayers of the People at the altar of Christ Church Cathedral during the Liturgy on Sunday, October 23, 2022.

To plant a beautiful memorial tree in memory of Aleathia Nicholson, please visit our Tree Store

Look inside to read what others have shared
Family and friends are coming together online to create a special keepsake. Every memory left on the online obituary will be automatically included in this book.
View Tribute Book
Services for Aleathia Nicholson
There are no events scheduled. You can still show your support by planting a tree in memory of Aleathia Nicholson.
Plant a tree in memory of Aleathia
Share Your Memory of
Aleathia
Upload Your Memory View All Memories
Be the first to upload a memory!
Share A Memory
Plant a Tree