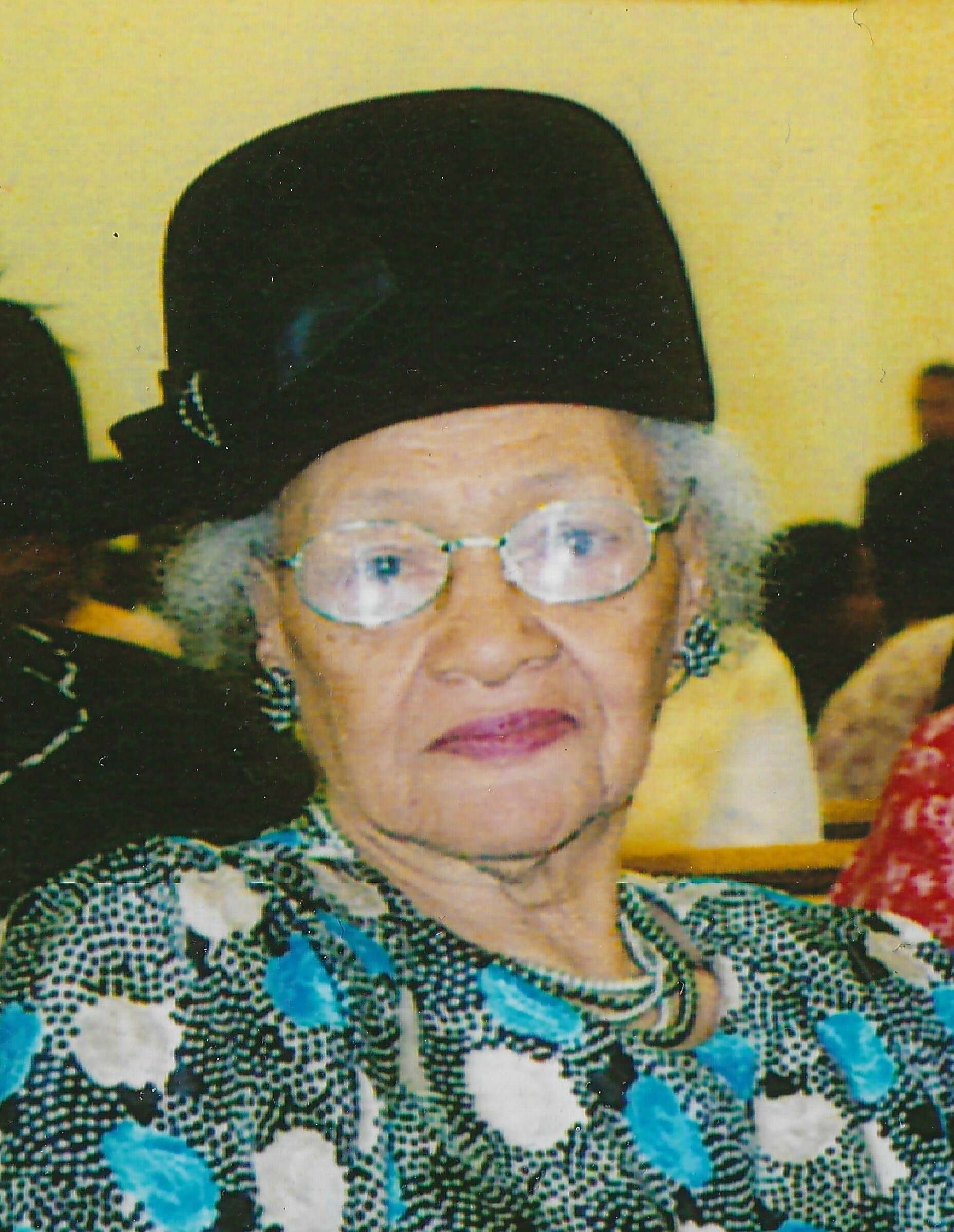 Please share a memory of Rosa to include in a keepsake book for family and friends.
View Tribute Book

Mother Rosa Ella Petway Smith was born the only child to the late Charles T. Petway and Maggie Freeman Petway on May 14, 1923, in Mount Pleasant, Tennessee.  She accepted Christ at the age of 10 at Galilee Missionary Baptist Church in 1933 under the leadership of Rev. R. E. Estmond.  She remained a member there until her death.

Mother Smith graduated from Pearl High School in 1940 with a certificate in Cosmetology.  She was licensed as a Beautician for many years.

On March 30, 1947, she married Charles Houston Smith. Their wedding was the first held at Galilee Missionary Baptist Church.  From their marriage was born two daughters, Leatryce Raynel Smith and Aldoa Mozella Smith Gibson.  She worked many years in Galilee as a Sunday School teacher, Senior Usher, Mothers’ Ministry, and Kitchen Committee.

In September 1991, Mother Smith became the first recipient of the Norma S. Brown Award on Women’s Day.  She remains the only recipient of the Elect Lady Award, presented to her by Sis. Mai Toran and Sis. Mary Thacker.  In 2014, Galilee Missionary Baptist Church renamed the Mother’s Room to the Mother Rosa Smith Suite in her honor.

Rosa Smith departed this life on Thursday, September 29, 2022.  She was preceded in death by her parents, Deacon and Mother Petway, and husband, Charles H. Smith.

She leaves to cherish her memory: her children, Aldoa Mozella Smith Gibson, Leatryce Raynel Smith, and Clark Smith; her grandchildren, John and Charlsey Gibson, and Timothy, David, and Keith Smith; close friend, Ollie M. Phelps; and a host of great-grandchildren, other relatives, and friends.

Please keep the family of Rosa Smith in your thoughts and prayers.

To send flowers to the family or plant a tree in memory of Rosa Smith, please visit Tribute Store
Monday
10
October

Public Viewing for Family and Friends

Look inside to read what others have shared
Family and friends are coming together online to create a special keepsake. Every memory left on the online obituary will be automatically included in this book.
View Tribute Book
Share Your Memory of
Rosa
Upload Your Memory View All Memories
Be the first to upload a memory!
Share A Memory
Send Flowers
Plant a Tree