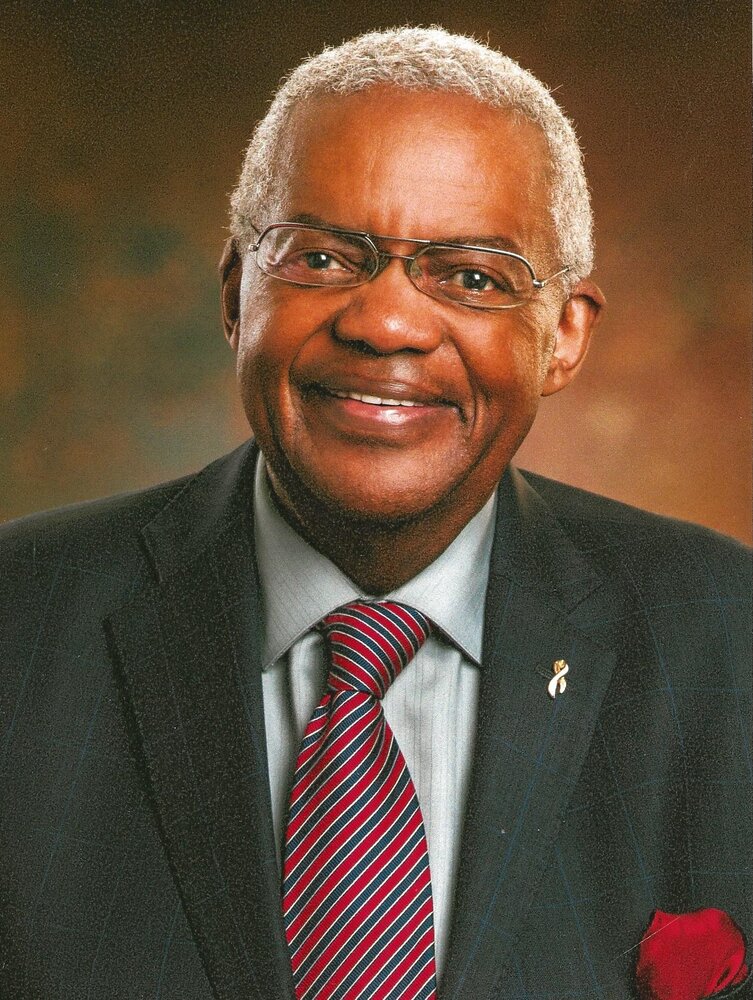 Please share a memory of Dr. Henry to include in a keepsake book for family and friends.
View Tribute Book

Henry Wendell Foster Jr. departed this world on September 25, 2022 in Pasadena, California after a brief illness. “Hank,” as he was known to family and friends, was born on September 8, 1933 in Pine Bluff, Arkansas, the second of two children, to the late Ivie and Henry Foster Sr.

Henry graduated from J.C. Corbin High School in 1950, where he was valedictorian of his class. He earned his Bachelor of Science degree from Morehouse University in 1954, majoring in Biology and minoring in Chemistry. While there, he joined the Kappa Alpha Psi fraternity. Henry then went on to medical school at the University of Arkansas School of Medicine, graduating in 1958. There, he was the only black student in his class of 96 students. He thrived there, becoming the school’s first African American inducted into Alpha Omega Alpha, the medical school’s honor society.

During his internship at Detroit Receiving Hospital, he met St. Clair (Sandy) Anderson, a nurse at the Dearborn (Michigan) Veterans Administration Hospital, in 1958. After two years in the Air Force as Chief of Obstetrics & Gynecology at Larson Air Force Base in Moses Lake, Washington, Captain Foster and Sandy were married on February 6, 1960, in the Salem Baptist Church in Washington, DC. They moved to Malden, Massachusetts in 1961 for Henry’s general surgical residency at Malden Hospital. While there, the couple gave birth to Myrna Faye in 1962.

The family moved to Nashville later that year. Hank and Sandy both worked at Meharry Medical College—she was a nurse, and he was a resident in Obstetrics & Gynecology. Henry Wendell III was born in Nashville in 1964.

In 1965, the family moved to Tuskegee, Alabama, where Henry was Chief of Obstetrics & Gynecology at John A. Andrew Memorial Hospital. Henry brought his family back to Nashville in 1973 when he became Chair of Obstetrics & Gynecology at George W. Hubbard Hospital of Meharry Medical College. Henry also practiced and taught at several hospitals in Tennessee and Kentucky, including Vanderbilt University Hospital and Baptist Hospital.

In 1987, Henry founded the “I Have A Future” program, with the goal of teaching disadvantaged Nashville teens about the importance of education, positive self-worth, and responsible sexual behavior. The program received national attention in 1991, when President George H. W. Bush recognized it as one of his “Thousand Points of Light.”

In 1995, President Bill Clinton nominated Henry for the post of U.S. Surgeon General. He received a favorable recommendation from the nominating committee, but the politics surrounding his career as an obstetrician and gynecologist prevented his nomination from receiving a Senate vote. Henry continued working with the Clinton administration as its Senior Advisor on Teen Pregnancy.

During his career, Henry served on numerous boards, teams, and task forces, all dedicated to women’s health and the improvement of health care as a fierce advocate for patient rights. His dedication resulted in his 1972 induction into the National Academy of Medicine as one of its youngest members. In addition to numerous noteworthy publications, Henry also penned a memoir, Make a Difference, where he shared his vision for young America. He was invited to lecture at 85 universities, sharing his expertise in 29 countries. In 2016, Henry was inducted into the Tennessee Health Care Hall of Fame.

Outside of his career, Henry held healthy interests in flying (he owned his own plane), golf, photography, travel, movies, music, reading, and his beloved Tennessee Titans. But he placed his love of family above all else.

All of us who love Hank are so saddened by his sudden passing. However, we receive solace from the full and productive life he lived and the wonderful memories that will be with us always. He is now at peace in the precious arms of Jesus Christ.

In lieu of flowers, donations may be made to:

Make your check payable to Meharry National Alumni Association Inc. and indicate Foster Scholarship in the memo line. Thank you.

The Celebration of Life Service will be live streamed on Facebook @ Lewis-WrightFD and First Baptist Captial Hill's website.

To send flowers to the family or plant a tree in memory of Dr. Henry Foster, Jr., please visit Tribute Store
Friday
7
October

Look inside to read what others have shared
Family and friends are coming together online to create a special keepsake. Every memory left on the online obituary will be automatically included in this book.
View Tribute Book
Share Your Memory of
Dr. Henry
Upload Your Memory View All Memories
Be the first to upload a memory!
Share A Memory
Send Flowers
Plant a Tree