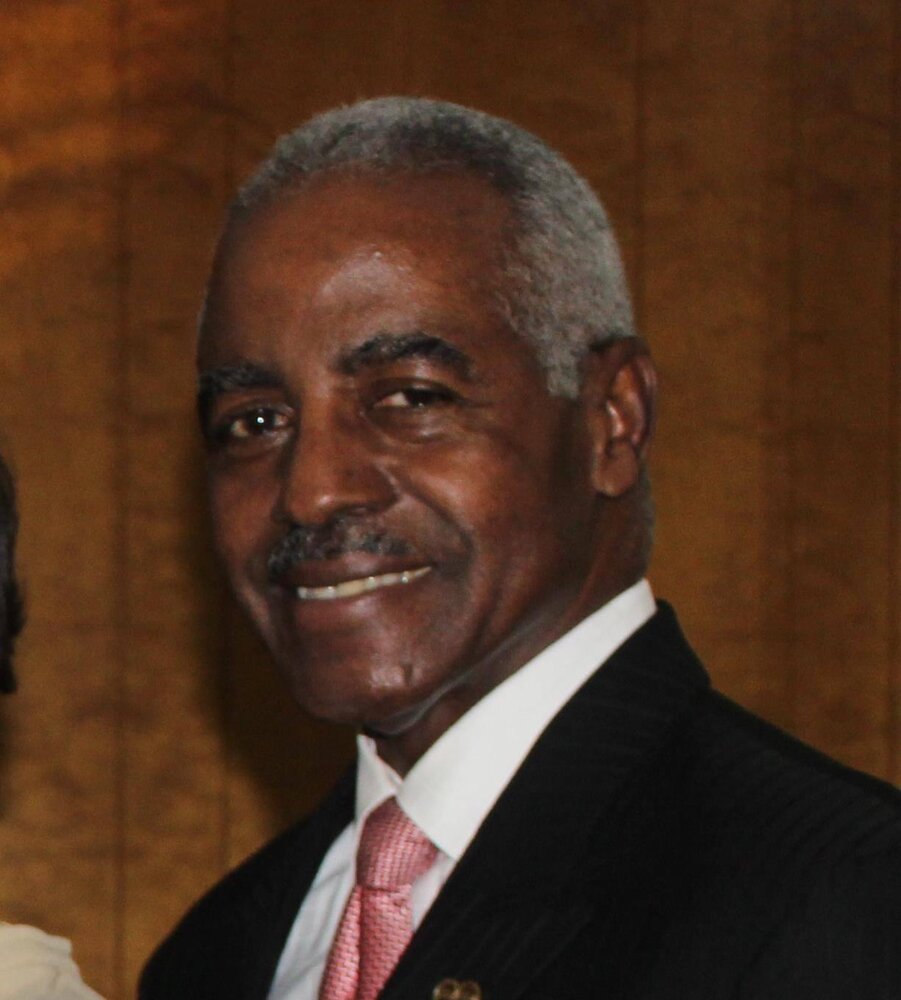 Please share a memory of Robert to include in a keepsake book for family and friends.
View Tribute Book

Robert  C. Grant, Sr. was born on March 14, 1943 in Montgomery, Alabama to Fred and Gertrude Grant. He was the youngest of four children, with one sister and two brothers. Robert’s ordered steps on this earth crossed the finish line into immortality on Wednesday, September 1, 2022.

Affectionately known as Bob, he enjoyed golfing, fishing and traveling. He was a phenomenal cook; if you ever tasted his barbecue, you know this to be true. He was an artist and art enthusiast. His talent in the arts was exemplified by his part time career as a model and actor – appearing in movies, music videos and national ad campaigns.

A hobby farmer, Bob raised horses, cows, chickens and fainting goats and could often be found working in his garden.

A graduate of Alabama State University, he attained a dual degree in Art and English, in 1965. Upon graduation he joined the faculty of Grambling University, where he taught art. He eventually joined the United States Air Force, where he attained the rank of Sergeant, and served as an Aircraft Control and Warning Technician, until he received his Honorable Discharge in 1969. He later served as a Veteran Affairs Coordinator and Employment Counselor for the Urban League of Detroit, Michigan.

From 1970 to 1983, Bob held the position of Director of Alumni Affairs and Associate Director of Development at Meharry Medical College. During this tenure, he assisted the college in raising over $100 million for a major capital fund drive. He was responsible for developing, organizing, and coordinating all alumni programs and activities, and successfully conducted all alumni fundraising projects. In this role, Bob was responsible for all alumni publications, managed 15 employees and a $200,000 budget.

In 1984, he transitioned to S&S Supply Company, where he was Manager and Director of Sales. It was this experience that would springboard him into entrepreneurship. He soon thereafter founded Grant Enterprises, Inc., where he was Owner, President, and Chairman of the Board until retirement. This company distributed manufacturing and industrial supplies to small businesses and industry on a retail and wholesale basis.

Bob was a founder and Chairman of the Board of Directors for the Academy for Kiddies Day Care Center from 1977 to 1982, a unique concept -- ahead of its time -- which provided daycare for the children of students, staff and employees of Meharry Medical College. More currently he, served on the Board of Directors of Grace Eaton Day Care Center. He was additionally  a member of The Council for Advancement of Higher Education, The Tennessee Alumni Relations Council and The National Society of Fund-Raising Executives.  Bob was also part owner and a part of the visionary leadership of The Legacy Development, which is the first mixed use development coming to the Bordeaux area.

Bob was a devoted member and servant of The Temple Church. In addition to his strong commitment to his men’s bible study group, he served in multiple leadership roles, including, Chairman of the Board of Trustees from 1977 to 1980 and President of the Advocates for Economic Parity from 1980 to 1982.  He additionally served as Chairman of the Fundraising Committee and was Vice-President of the Temple Corporate Board for 18 years. He was also a member the Samaritan Ministries Board and the Advisory Board of the Temple Academy. In 2002, he was appointed Chair of the Deacon Ministry of The Temple Church, where he graciously served for over 20 years.

He was a dedicated lifetime member of Kappa Alpha Psi fraternity for greater than 50 years, during which he served in multiple leadership roles.

Bob was preceded in death by his mother and father and his brother Julian Grant (Margaret).

You were the sunlight of your home, our light, our life, our all. To know you was to love you, but you answered Jesus’ call.

To send flowers to the family or plant a tree in memory of Robert Grant, Sr., please visit Tribute Store
Sunday
11
September

Look inside to read what others have shared
Family and friends are coming together online to create a special keepsake. Every memory left on the online obituary will be automatically included in this book.
View Tribute Book
Share Your Memory of
Robert
Upload Your Memory View All Memories
Be the first to upload a memory!
Share A Memory
Send Flowers
Plant a Tree