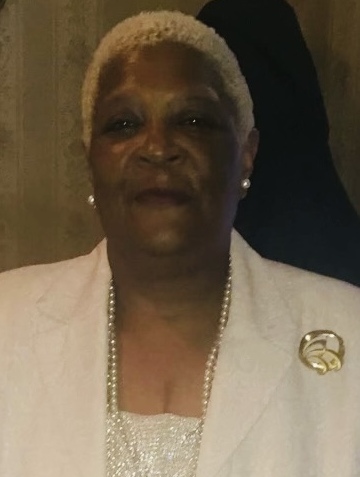 Please share a memory of Jackie to include in a keepsake book for family and friends.
View Tribute Book

Jackie Delores Chrismon Cox was born on March 8. 1957 to Hattie Chrismon and the late Richard Chrismon, Jr. Jackie was educated in Davidson County schools. She graduated from McGavock High School. She was baptized at Seay Hubbard United Methodist Church. Jackie was married to David Cox and survived by her two daughters Erica and Danita Cox. She worked as a 911 operator for the Metro Police Department, also an accountant for a lawyer’s office with the State of Tennessee. Jackie was well known and loved among many people from all walks of life. She never met a person she didn’t like. She will be deeply missed. Jackie was also a great cook and an excellent baker. She was preceded  in death by her husband David Cox, father Richard Chrismon Jr., grandparents and brother William Chrismon. Jackie is survived by her daughters as well as her grandchildren Keaira, Destiny, Davyon, Dejuan, Kayonia, Deyonna, and Kaliuan Cox; great- grandchildren, Remi and Ethan;  Sisters,  Sharon (Phillip Jordan) and Angela Chrismon (Orlando King); Brothers Richard Chrismon III and Edward (Ewana Chrismon); Devoted Best friend Renetta Gray Lee, and a host of cousins, aunts, nephews, nieces and friends.

Please keep the Cox family in your thoughts and prayers.

To send flowers to the family or plant a tree in memory of Jackie Cox, please visit Tribute Store
Wednesday
7
September

Look inside to read what others have shared
Family and friends are coming together online to create a special keepsake. Every memory left on the online obituary will be automatically included in this book.
View Tribute Book
Share Your Memory of
Jackie
Upload Your Memory View All Memories
Be the first to upload a memory!
Share A Memory
Send Flowers
Plant a Tree