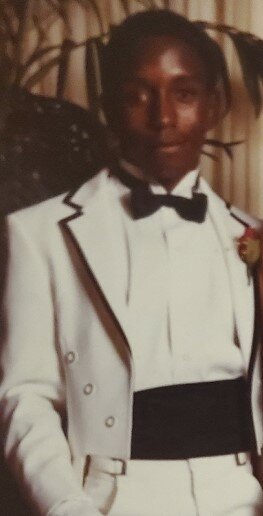 Please share a memory of Thomas to include in a keepsake book for family and friends.
View Tribute Book

Terrell was a proud graduate of McGavock High School where he was an all-star athlete who was known for his quick moves on the track running the 100-meter race as well as on the football field. After graduation, he became an auto detailer for Beaman Toyota and a number of other Nashville area dealerships until he became ill.

Terrell will always be remembered as having a smile that would brighten up any room and his ability to make any car shine.

To send flowers to the family or plant a tree in memory of Thomas Shepherd, please visit Tribute Store
Saturday
3
September

Look inside to read what others have shared
Family and friends are coming together online to create a special keepsake. Every memory left on the online obituary will be automatically included in this book.
View Tribute Book
Share Your Memory of
Thomas
Upload Your Memory View All Memories
Be the first to upload a memory!
Share A Memory
Send Flowers
Plant a Tree