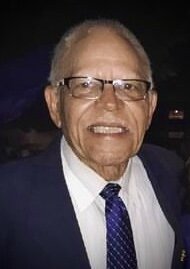 Please share a memory of Arthur to include in a keepsake book for family and friends.
View Tribute Book

Arthur  “Piggy” Overall III was born in Nashville, TN May 29, 1941 to the late Margaret Lee and Arthur Overall II.

He attended Metro Nashville Davidson County Schools and went on to serve in the U.S. Military Army Branch. Following his military departure, Arthur attended and graduated from Tennessee State University. While at college, he studied Aeronautics and pledged Kappa Alpha Psi Fraternity.

Arthur was a lover of his family, his friends, and his community. You could hear him talk about all of these things in great length and detail anytime you had the pleasure of sitting in his presence. He was a proud published author, the book titled An Overall Perspective of the South: Nashville, highlighted his family lineage and his ties to the community he loved so much.

Arthur served on the Nashville Board Chamber of Commerce for 3 years and was a lifetime member of the NAACP.

Arthur was a doting father, grandfather, and mentor. A dedicated friend to all and left a lasting impression on anyone he met. He enjoyed attending sporting events, especially for his grandchildren and extended family. He was a competitor on the golf course and member of the National Negro Golf Association (NNGA). Arthur's love for the game of golf was apparent and would challenge anyone to a round or two. Arthur began his entrepreneurial career as he became the first minority pay phone business owner/operator. His pay phones serviced a great part of Nashville which made him an essential part of his beloved community. He loved to travel and entertain. Arthur had a gift of making everyone that crossed his path feel like an old friend. But more than anything, he loved his family and spending time with them. Arthur assured that his loved ones were always taken care of.

To send flowers to the family or plant a tree in memory of Arthur Overall III, please visit Tribute Store
Sunday
7
August

Look inside to read what others have shared
Family and friends are coming together online to create a special keepsake. Every memory left on the online obituary will be automatically included in this book.
View Tribute Book
Share Your Memory of
Arthur
Upload Your Memory View All Memories
Be the first to upload a memory!
Share A Memory
Send Flowers
Plant a Tree