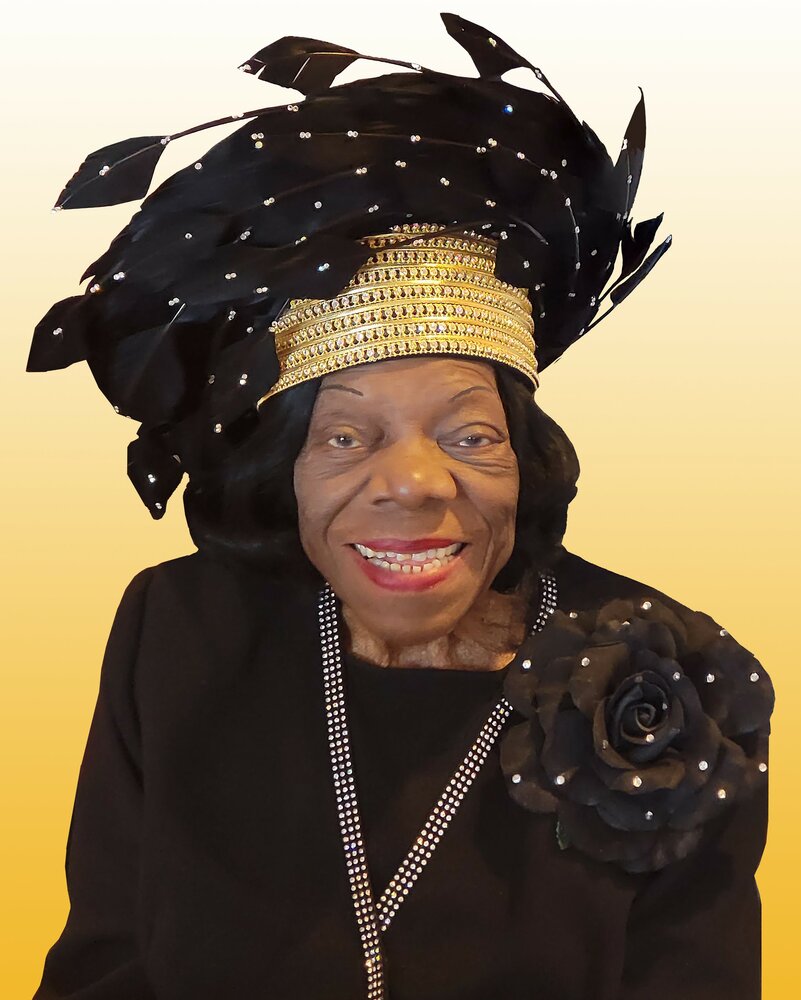 Please share a memory of Mai to include in a keepsake book for family and friends.
View Tribute Book

Mai Olive Prather Shumake Lusk was born in Nashville, Tennessee on March 12, 1923, and entered eternal rest on July 7, 2022. She was the sixth of nine children born to Toby Lee and Essie B. Spight Prather.

Mai Olive had a long career as a highly-regarded educator and a mezzo soprano classical singer. She began displaying her dramatic gifts as a teenager. In the early 1940s, Mai Olive captured the Miss Jabberwock crown in the pageant sponsored by Delta Sigma Theta Sorority, Incorporated, Nashville Alumnae Chapter. She earned her bachelor’s degree at Lincoln University in Missouri and was initiated into Delta Sigma Theta Sorority at Alpha Theta Chapter in 1946. As a student there, she entered a vocal competition with another Delta and Wilberforce College student, lirico spinto soprano Leontyne Price. Mai Olive earned her master’s degree at the University of Iowa, where she was the only African-American student and was in the top ten of her class. She completed additional studies at Roosevelt College in Chicago, University of Louisville, and Peabody College, Tennessee State University (TSU), and Fisk University in Nashville.  After she returned to Nashville, she married Hildred W. Shumake. Their union produced one son, Hildred II, affectionately called “Tubby.”

In 1962,  Mai Olive was united in matrimony to Lloyd Lusk, associate music professor at TSU, and they reared their blended family, sharing a love of music, Christ, and education.

Mai Olive had a distinguished career as an educator in the Metropolitan Nashville Public School System, serving as an elementary teacher for more than thirty years. In 1978, she was recognized as Teacher of the Year at Warner Elementary. Even after her retirement, she continued educating others, regularly dispensing instructions and directives to others. Mai Olive was a competitive and passionate bridge player, participating in numerous bridge clubs, including the Ocho Senoritas and, in later years, the Hadley Park Bridge Club. She hosted innumerable themed parties and bridge club events. She was a founding co-sponsor of an annual Mother’s Day bridge gathering that began more than 50 years ago. Each event Mai Olive hosted featured exquisite attire and themes, and her outfits were always accented with one of her fabulous signature hats. Mai Olive was a world traveler who ventured to Africa, Europe, Russia, South America, Asia, the Holy Land, and the Caribbean, and other interesting places. During her esteemed vocal career, she competed for the Marion Anderson Scholarship in Philadelphia, the Ted Mack Original Amateur Hour national television broadcast in Chattanooga, and the Hour of Charm in Memphis. In the early 1960s, she was prominently featured in a solo rendition of “Were You There?” on an album recorded by the First Baptist Church Capitol Hill choir.

She was the first African American chosen to audition with the Nashville Symphony. Over the years, she was a featured vocalist at many events, including solo performances at the Tennessee governor’s mansion.

Mai Olive was a firm believer in Jesus Christ, having been baptized at Spruce Street Baptist Church at an early age, and a devoted member of First Baptist Church Capitol Hill for 71 years.

Mai Olive was predeceased by her parents, both husbands, her son, one stepdaughter, and all but one sibling.

To send flowers to the family or plant a tree in memory of Mai Prather Shumake Lusk, please visit Tribute Store
Sunday
24
July

Look inside to read what others have shared
Family and friends are coming together online to create a special keepsake. Every memory left on the online obituary will be automatically included in this book.
View Tribute Book
Share Your Memory of
Mai
Upload Your Memory View All Memories
Be the first to upload a memory!
Share A Memory
Send Flowers
Plant a Tree