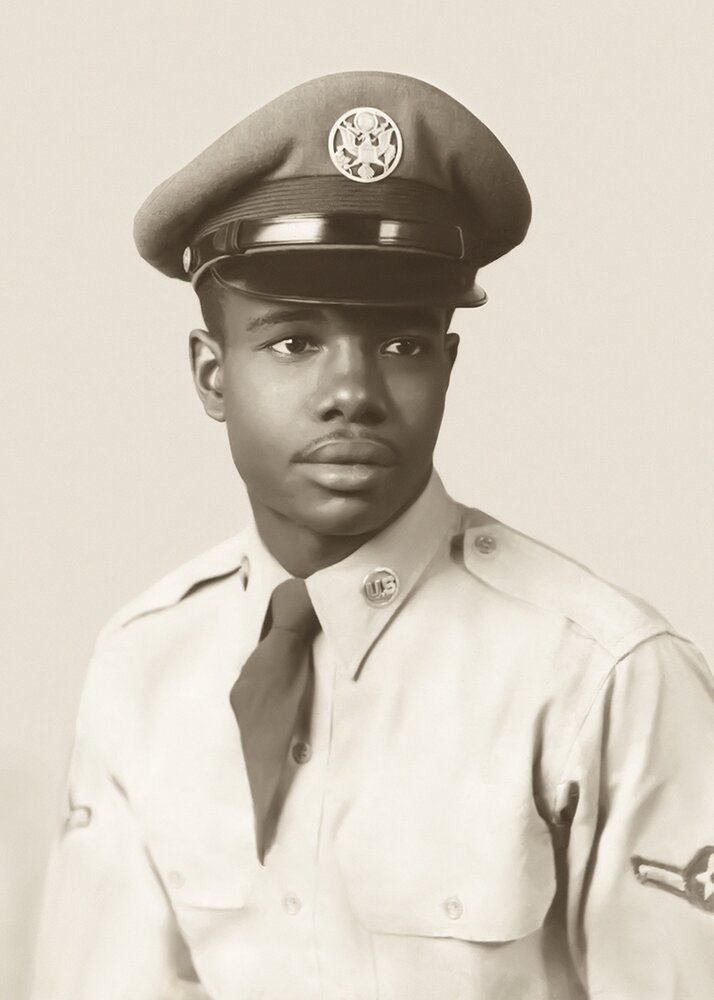 Please share a memory of Nathaniel to include in a keepsake book for family and friends.
View Tribute Book

On February 14, 1937, in Bamberg County South Carolina, Dan and Corine Reed welcomed their sixth child, a boy they named Nathaniel. He grew up in Blackville, SC, along with his siblings Elveter, Levi, Willie, Mary Ann, Daniel, Jr., and younger sister, Betty. He attended primary school in Blackville, SC, and graduated from Voorhees High School. He also was trained as an interior decorator.

After serving over two-and-a-half years in the United States Air Force, Nathaniel received an honorable discharge on August 1, 1958, eventually settling in New York City. In November of that same year, Onnie Snipes, his cousin, introduced him to the former Minnie Lee Lamar. On February 28, 1959, Minnie and Nathaniel were married. God blessed their union with two sons, Anthony and Dana.

Music played a major part in Nathaniel’s life, especially hymns which he taught his sons while teaching them to harmonize. He also found time to mentor young boys as the manager of several singing groups which produced pastors, a funeral director, and a mentor to NBA prospects. Later in life, he taught himself to play the piano and ministered in song at several churches.

Above all, by grace, through faith in the finished work of Jesus Christ, and empowered by the Holy Spirit, Nathaniel loved God and dedicated himself to a life of Christian service. For many years he served at the Ephesus Seventh-day Adventist Church, located in Harlem, New York, as Head Deacon, Sabbath School Superintendent for youth as well as PTA President for the R.T. Hudson Christian School in the Bronx, NY. He also served as an elder at the Russellville Christian Church in Russellville, KY where his son, Dana, serves as pastor.

Nathaniel was honorably discharged from his earthly duties by the Lord of heaven and earth on the 11th day of June, 2022 with a testimony of honest and faithful service.

Please keep the Reed family in your thoughts and prayers.

Celebration of Life Service will be live streamed via Youtube.

To send flowers to the family or plant a tree in memory of Nathaniel Reed, please visit Tribute Store
Monday
27
June

Look inside to read what others have shared
Family and friends are coming together online to create a special keepsake. Every memory left on the online obituary will be automatically included in this book.
View Tribute Book
Share Your Memory of
Nathaniel
Upload Your Memory View All Memories
Be the first to upload a memory!
Share A Memory
Send Flowers
Plant a Tree