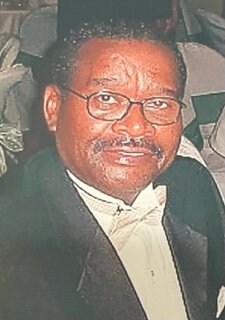 Please share a memory of Curtis to include in a keepsake book for family and friends.
View Tribute Book
Retired Detective of the Metropolitan Nashville Police Department Curtis Lee Gardner, Sr. was the son of the late Raymond Gardner, and Mrs. Hattie Gardner Terrell. He received his early education in Nashville Public Schools and graduated from Pearl Sr. High School in 1964 before continuing his education at Tennessee State University. Curtis proudly began his public service career with the Department of Corrections as a prison guard until he became a Metropolitan Police Officer in 1980 where he continued serving and protecting the citizens of Nashville/Davidson County. He was promoted to the rank of Detective in the Office of Professional Accountability. He was a proud member of the National Black Police Association (NBPA) of Nashville. In 2010, Curtis retired and spent his time golfing and fishing. He loved caring for his lawn. He would say that “you can tell a person inside by the outside”. In 1988, he married Deborah and, together, their home became the gathering place for annual family holiday get-togethers. Curtis loved cooking, especially bar-b-cueing, and wasn’t satisfied until everyone was fully fed. Curtis had an unwavering faith in God. He began his early love and service to God at Belle Meade United Primitive Baptist Church in Nashville. In April 2003, he converted to Catholicism and became an active member of St. Vincent de Paul Catholic Church where he continued to serve God and others as a Eucharistic minister, as well as advisor for the church’s safety and security. Curtis is survived by his loving and caring wife of 34 years, Deborah M. Gardner; his devoted mother, Hattie Gardner Terrell (David), sons Curtis Gardner, Jr (Lisa), Charles Roberts, Jr (Michelle), and Cory Roberts (April); daughter Candace Gardner Greene (Derrick), sister Barbara Gardner, and brother Danny Gardner (Nancy), 7 grandsons: Phillip and Cameron Gardner, Sakari and Amani Greene, Tyrone and Myron Caraway; Cory (CJ) Roberts; 2 granddaughters: Dania Roberts (DD) and Adia Greene; 7 great -grandchildren, numerous nephews, nieces, great nephews and great nieces; 2 sisters-in-law Cheryl Guess (Harry, Jr), and Patricia Walker; brother-in-law, Ralph Mitchell, constant friends Clifford Craighead, Raymond Mitchell, III; and other loving friends. Visitation Time: 10:00 A.M. Date: May 25, 2022 St. Vincent de Paul Catholic Church 1700 Heiman St., Nashville, TN (Masks are required) Memorial Mass Time: 11:00 A.M. Date: May 25, 2022 St. Vincent de Paul Catholic Church 1700 Heiman St., Nashville, TN (Masks are required) In lieu of flowers, please make donations to the “St. Vincent de Paul Youth Group in honor of Curtis L. Gardner”.
To send flowers to the family or plant a tree in memory of Curtis Gardner, Sr. , please visit Tribute Store
Wednesday
25
May

Look inside to read what others have shared
Family and friends are coming together online to create a special keepsake. Every memory left on the online obituary will be automatically included in this book.
View Tribute Book
Share Your Memory of
Curtis
Upload Your Memory View All Memories
Be the first to upload a memory!
Share A Memory
Send Flowers
Plant a Tree