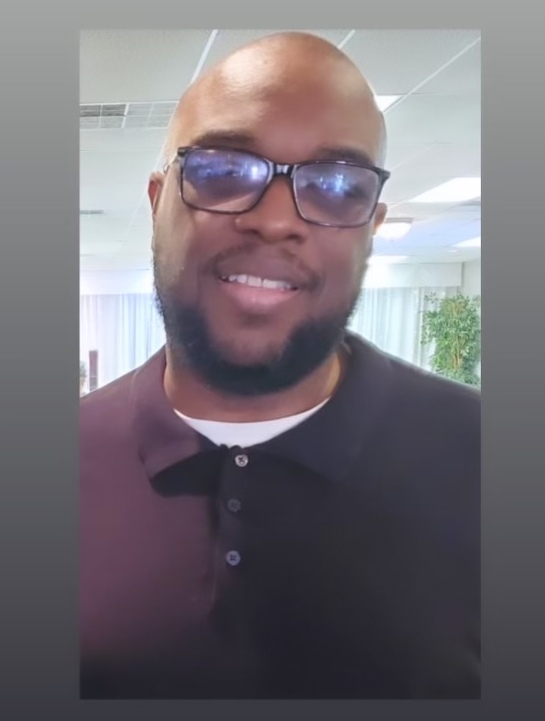 Please share a memory of Andre to include in a keepsake book for family and friends.
View Tribute Book
Andre Lammont Guider completed his earthly journey on Saturday; May 13, 2022. He was born on March 2, 1972 in Gary, Indiana to Clara Guider and the late Willie (Red) Guider. At an early age Andre accepted Christ and united with the Church of the Living God under Elder Lenzy Davis. He later was baptized in Jesus name at Grace Apostolic Church on October 29, 2004 and filled with the Holy Ghost. In 1990 Andre Lammont Guider graduated from Andrean High School and attended Joliet Junior College in Joliet, Illinois. He later, transferred to Tennessee State University (TSU) in Nashville, Tennessee to continue his collegiate football career. In 1991, while attending TSU, he met his wife Tarchawana Guider while playing his favorite game of spades in the old SUB on campus and married in 1996. She remained his best friend for over twenty-nine years. Andre Lamont Guider was a very prominent member in his community and an exemplary role model and mentor for at-risk youth and young adults. He was a counselor and mentor at the YCAP program and Metro Parks/MDHA. He was also one of four coaches for the AAU East Nashville Hornets from 2003-2004. Andre Guider’s commitment to mentorship advanced in his career at Hermitage Hall and later continued at Rolling Hills where he not only touched young people’s lives but was well respected and recognized amongst his peers. He was an avid Titans fan and known for his rib tips on the grill that you better not touch. Beneath that skillful mentoring characteristic, he had a witty sense of humor that gave everybody a name if you were around him long enough. Andre is preceded in death by his father Willie (Red) Guider. Andre leaves to cherish his memory a devoted wife and best friend that he affectionately refers to as Honey Bunny to some and light skin to others, Tarchawana Guider; one son, Andre J. Guider; three loving daughters, Haley Ja’Re, Baylee Lauren, and Madason Amiley Guider; Loving Goddaughter; Janae Rolark; Caring mother ,Clara Guider; Loving mother-in-law; Deborah Eubanks; father-in-law; Alfred Haley; three sister-in-laws; Nekomise and Jothany Haley, and Corisa Lewis; brother-in-law; Emanuel (Scott) Haley; god-brother; Dante Brown; God-sister; Johnetta Cummings; Nine Uncles, Six Aunts, and a Host of Cousins he considers his siblings. Special recognition to his mentor and uncle Kevin Love. Also, best friend Kelly Walker and his work sons at Rolling Hills. Lastly, he was devoted to his three amazing grandsons whom he adored and wish to leave his legacy: Carter, Carson and Amare.
To send flowers to the family or plant a tree in memory of Andre Guider, please visit Tribute Store
Thursday
19
May

Look inside to read what others have shared
Family and friends are coming together online to create a special keepsake. Every memory left on the online obituary will be automatically included in this book.
View Tribute Book
Share Your Memory of
Andre
Upload Your Memory View All Memories
Be the first to upload a memory!
Share A Memory
Send Flowers
Plant a Tree