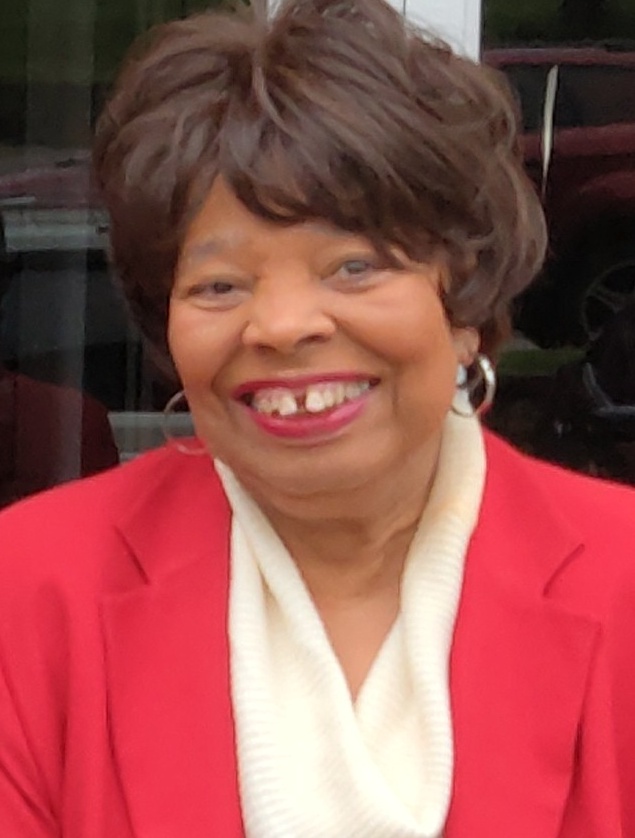 Please share a memory of Lynn to include in a keepsake book for family and friends.
View Tribute Book
Lynn Evelyn Rodgers Simmons made her earthly debut on January 8, 1946 in Salt Lake City, Utah. She was the firstborn to the union of the late Frances Pride Rodgers and Abner Rodgers, Sr. A giver and a nurturer from an early age, she took her birth order seriously as the shepherd of two younger sisters and four younger brothers. Lynn matriculated through elementary school in East Nashville prior to the family transitioning to the North Nashville area. She made lifelong friends throughout her youth and stayed in regular contact with many. In 1961, she entered the historic Pearl High School as a member of the Class of ’64. Having an innate gift in the areas of cooking and sewing, no doubt inherited from her beloved mother and grandmother, Lynn exhibited exceptional talent in both strands of the Home Economics program. The two program leaders vied for her concentration and cooking won out. The rest is history. She later matriculated at Tennessee State University, followed the rigorous curriculum in Home Economics which included biology, chemistry and physics, an internship in New York City and extension programs in rural counties of Tennessee. She graduated in 1973 with her well earned degree. When Lynn met Elgin Ray Simmons, the story of an abiding, intertwining of hearts and spirits began. If not love a first sight, certainly a bond ordained by God. They married on August 30, 1968 and lived a thirty-six year honeymoon as the “inseparables” until his death in 2005. Choosing a work career that would also support but not interfere with her family life, Lynn chose employment with then Southern Bell Telephone Company as a long-distance operator. With the birth of their only child, Lisa in 1970, Lynn and Ray settled into a comfortable routine of parenthood. Youngest sister and doting aunt, Noby, was always willing to babysit. Lynn became known as the employee who needed to trade off- days to accommodate Ray’s scheduled off days. After eighteen years of service, she left Southern Bell to pursue her passion. Her culinary expertise and Ray’s photography avocation merged as seamlessly as their love. She did the work she loved with the people she loved. The result: Photofoods, a thriving enterprise and countless clients she came to love and who loved her. She continued the business, partnering with her daughter, Lisa, until the onset of failing health. As Lynn pursued her dreams, one left over from childhood was the desire to be “thin.” With zeal, she joined Weight Watchers and worked diligently toward her targeted goal. She enjoyed the success of the program and became a model for weight management through nutrition and an important spokesperson for the program. A soul so full of love overflowing, Lynn never met a stranger. She was just given to “gab” and would initiate a conversation with anyone and everyone. If you knew her, you knew Lisa, as they were inseparable as mother and daughter. And you also knew that she was the proudest grandmother, “granny,” on the planet. She more than doted on her four grandsons, all her favorite, all with his own special relationship with her, and all hearing, “I love you” countless times a day. A Godfearing woman of faith, Lynn gave countless praises to her Lord for his grace and mercy in her life. Always with a grateful heart and a spirit to serve, she has always been characterized as the hostess extraordinaire, even when the affair was not her own. Her passion was to serve and she did so with purpose. In 2013, her ordination as a Mother of the Church was a blessed event and attended by family and many, many friends. She lived her epitaph, “Let the works that I have done, speak for me.” Preceding her in death, beloved husband, Elgin Ray Simmons, brothers: Darius (Ricky) Michael and Kenneth Rogers, Sister, Vivian Rodgers Armstrong. To cherish her memory are a devoted daughter, Lisa Sexton, Grandsons, Christopher Sexton, William Sexton (Sierra), Jonathan Sexton, Tony Carter; Devoted brother, Abner “Guy” Rodgers and sister-in-love, Mary Rodgers; devoted sister, Zenobia Marie Herron, best friend, Dr. Mildred Saffell-Smith, a host of nieces, nephews cousins and friends and the Pearl High Class of 1964. Please keep the Simmons family in your thoughts and prayers.
To send flowers to the family or plant a tree in memory of Lynn Simmons , please visit Tribute Store
Friday
29
April

Look inside to read what others have shared
Family and friends are coming together online to create a special keepsake. Every memory left on the online obituary will be automatically included in this book.
View Tribute Book
Share Your Memory of
Lynn
Upload Your Memory View All Memories
Be the first to upload a memory!
Share A Memory
Send Flowers
Plant a Tree