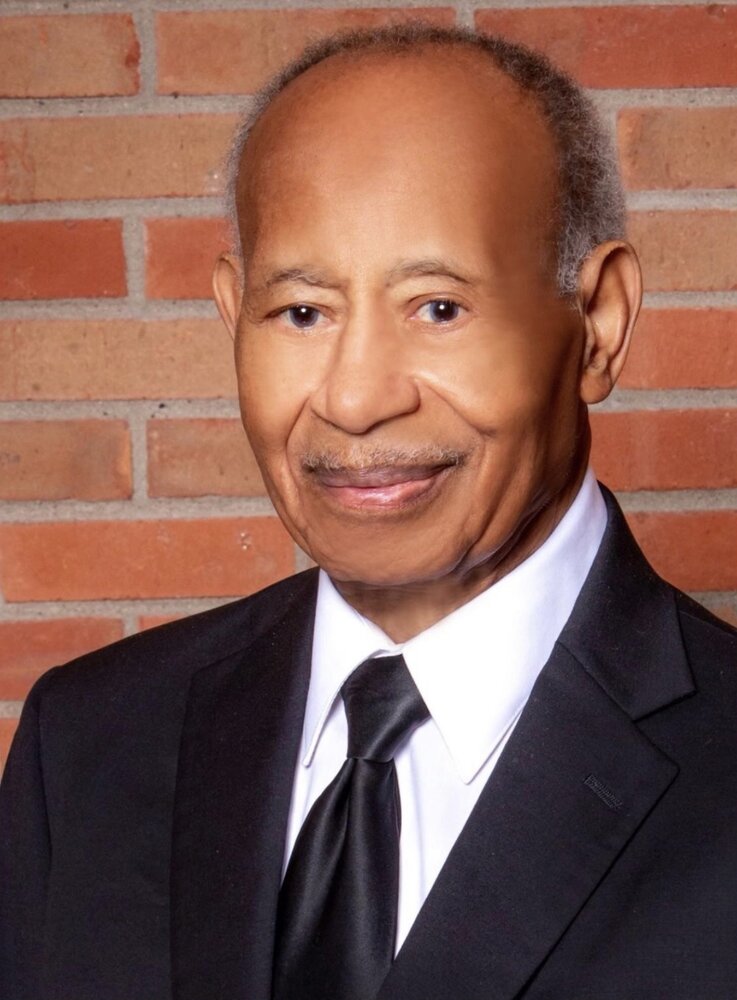 Please share a memory of Ardie to include in a keepsake book for family and friends.
View Tribute Book
Ardie Trice, better known as “Papa T”, transitioned to his heavenly home on Wednesday, April 13, 2022 at the age of 92 in Nashville, TN. Ardie was born October 31, 1929 in Henderson, TN. to the late Harold Trice, Sr. and Hattie Lou Woodruff Trice. He was the second of nine children. Ardie obtained his early education in the Chester County School System. He served in the United States Army in early 1950’s. After his military service, he attended Tennessee A&amp; I State College, where he met his future wife, Bettye C. Gardner. Ardie was united in Holy Matrimony to Bettye C. Gardner in April, 1954 and to this union they were blessed with three children; Pamela, Stanley, and Sheila. He was employed by Gulf Oil and REA Express and later spent over 20 years working at Roadway Express, as an over the Road Truck Driver, until he retired. Ardie accepted Christ as his Lord and Savior at an early age at the Oak Grove Church of Christ in Henderson, TN. Ardie was a humble, compassionate, faithful, and dedicated Christian man who loved God. He later served as a Deacon at the Church of Christ at Jackson Street in Nashville, TN for many years until his death. Ardie enjoyed using and sharing his skills in auto mechanics, plumbing, carpentry, upholstering furniture, woodworking and logistics. He helped set up playground equipment for children in the community. He worked at the voting polls during many elections, until his health began to fail. Though his work was important, he enjoyed being with his family, friends and traveling throughout the United States. He will be remembered for his integrity thoughtfulness, and sense of humor. Ardie leaves to cherish his memories, “The Love of His Life”, wife, Bettye C. Trice, and three devoted children, Pamela Trice, Stanley (Mary) Trice of Nashville TN and Sheila (Gregory) Heard of Hendersonville, TN; six grandchildren; Briana (Jermaine), Christina, Alexis, Donovan, Kendall and Keneisha and three great-grandchildren; Brooklyn, Mahari and Kaiden; two brothers Jimmie (Annie Jewel) Trice of Cordova, TN, Johnnie Trice of Henderson, TN; two sisters, Mary Davis and Patsy McNeil of Henderson, TN, two sisters-in-law, Jewell Trice of Pinson, TN and Addie Trice of Nashville, TN, a host of loving nieces, nephews, cousins and other relatives and friends. He was preceded in death by his parents Harold and Hattie Lou Trice, sisters’ Estelle Trice, Cinda Sain; and brothers’ Harold Trice and Charles Trice. The service will be live streamed on Facebook at Lewis-Wright FD.
To send flowers to the family or plant a tree in memory of Ardie Trice, please visit Tribute Store
Friday
22
April

Look inside to read what others have shared
Family and friends are coming together online to create a special keepsake. Every memory left on the online obituary will be automatically included in this book.
View Tribute Book
Share Your Memory of
Ardie
Upload Your Memory View All Memories
Be the first to upload a memory!
Share A Memory
Send Flowers
Plant a Tree