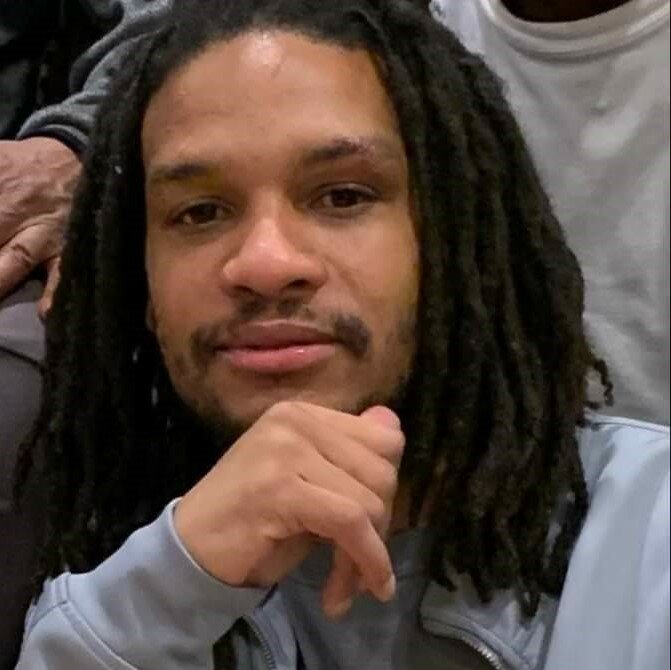 Please share a memory of Antonio to include in a keepsake book for family and friends.
View Tribute Book
Antonio D’Shawn Whitelow was born on March 3, 1989 to Sharon Whitelow and Craig Johnson in Davidson County, Tennessee. As a teenager Antonio was baptized and received Jesus Christ as his Lord and Savior. He became a member of Faith Fellowship Church under the Leadership of Pastors Charles and Linda Blackman. Antonio was educated in the Metro Davidson County Schools and was a 2007 graduate of East Ridge High School, East Ridge, Tennessee. Antonio was a star athlete from a very young age and continued playing throughout high school, helping East Ridge to win a Championship. He began displaying his Athletic Talents at Rose Park Community Center in basketball and football. In the 7th grade, he led his team at Joelton Middle School to the City Championship. In the 8th grade he led his team at JFK Middle School to their first city Championship in Basketball, receiving the MVP trophy. Antonio became a member of the Pacesetters Youth Organization under the leadership of Minsters Harold and Wanda Bryant. Along with his team brothers, he was victorious in showcasing his Basketball skills before college coaches from many states as well as the Super Showcase from Disney in Florida as a member of The Nashville Pacesetters AAU Basketball Team. Antonio was also affiliated with the G.D. Brotherhood. Antonio loved all his family very much and always brightened up the room with his loving smile. He was preceded in death by his grandmother Ann Johnson, great-grandmother Della Bryson, Uncle Frederick Blackwell and a host of other aunts and uncles. Antonio leaves to cherish his memory: loving wife, Erica Waters Whitelow; children Malaysha, Antonio, Jr., William and Samiyah. Parents Sharon Whitelow (Reggie Welch)and Craig Johnson; biological father Richard Maxwell; grandmother Geraldine Watkins; brothers Craig, Jr. Kobe, Ke’Sean, Terrance, and Gregory; sisters D’Andrea, Kadeidrea, Lakeisha, Thomeka, Tiffany and Kenesha; aunts Jama (Spencer) Williams, Tracey Johnson, Sandra (Mark) Hughes and Michelle Winston; uncles J.T. (Kellie), Darrell (Annette) Johnson, Vincent Johnson, Shawn Whitelow and Eric Winston; God Parents Minister Harold and Wanda Bryant; god brothers Lee and LaVar Bryant; god sisters Leej’uana Wilson, LaToyia Bryant, LiKisha Rhodes, Loleta Bryant and Chantele Blakely; devoted friends Richie, Jason, Nelson, Jacques, Stewart and T.J.; as well as his Pacesetters Basketball Team Brothers and numerous other family and friends whose hearts he will live in forever.
To send flowers to the family or plant a tree in memory of Antonio Whitelow, please visit Tribute Store
Sunday
24
April

Look inside to read what others have shared
Family and friends are coming together online to create a special keepsake. Every memory left on the online obituary will be automatically included in this book.
View Tribute Book
Share Your Memory of
Antonio
Upload Your Memory View All Memories
Be the first to upload a memory!
Share A Memory
Send Flowers
Plant a Tree