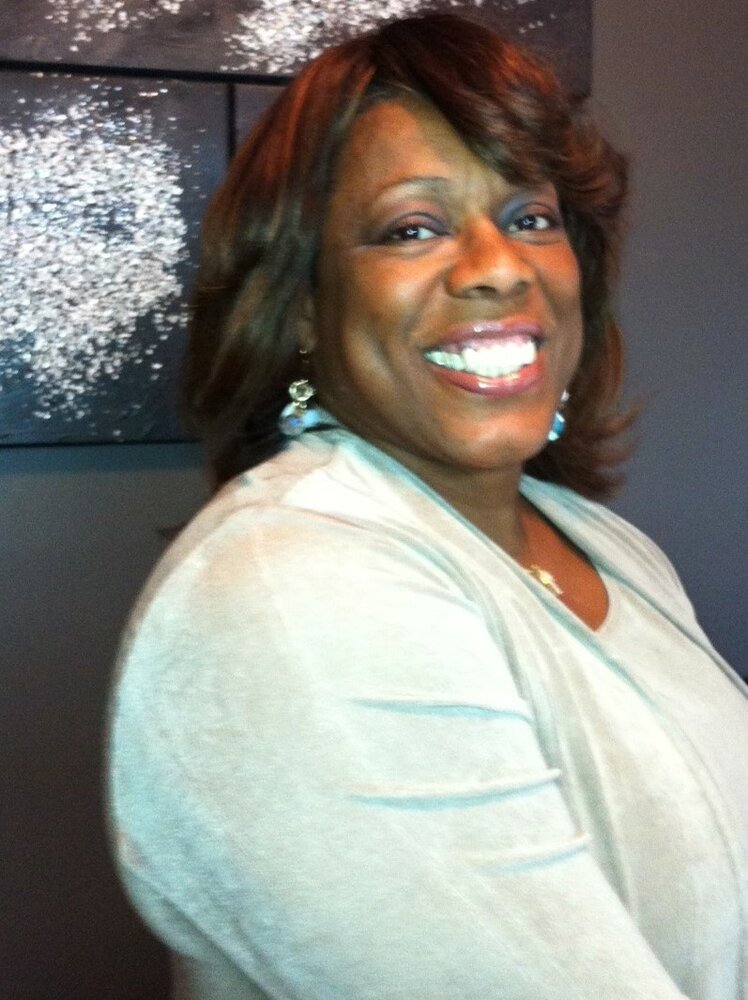 Please share a memory of Gwinnett to include in a keepsake book for family and friends.
View Tribute Book
Dr. Gwinnett Marcia McGhee Ladson, a native of Bowdon, GA was born August 7, 1958 to the late Charlie B. and Annie Lee McGhee. She transitioned to her heavenly home on April 8, 2022. Gwinnett graduated from Bowdon High School in 1976 where she participated in band, tennis, and several other organizations. She went on to matriculate at Tennessee State University where she became a member of Alpha Kappa Alpha Sorority, Incorporated, Alpha Psi Chapter in 1977, and graduated Magna Cum Laude in 1980 with a degree in Biochemistry. She later attended Meharry Medical College in 1984, and completed her residency in Obstetrics and Gynecology. During her time at Meharry, she met James Ladson whom she wed on April 23, 1988. She was a member of New Hope United Methodist Church in Bowdon from an early age and joined Clark Memorial United Methodist Church after moving to Nashville, TN where she was a faithful member until her passing. As a recipient of a National Health Services Scholarship, Gwinnett practiced one year in St Louis, Missouri taking care of urban, underserved women. Afterwards, she practiced three years in Long Beach, California. During this time, there were women who wanted to bring their daughters to the office because not only had the patients never had a Black female physician, but neither had their children. In 1992, Gwinnett was recruited back to Nashville, TN to take care of the underserved community at the city’s safety net hospital, Nashville General. As a tenured professor, her research included studies on preterm labor, gestational diabetes, asthma in pregnancy, and polycystic ovarian syndrome. Gwinnett’s love for obstetrics and teaching never ended. She delivered and supervised the delivery of over 3000 babies in Tennessee, Missouri, and California. In 2020, Gwinnett assisted the Covid-19 testing sites in Nashville and on Meharry’s campus prior to the arrival of the first vaccine. She received numerous honors and awards in her career. In 2008 and 2011, she was given the Top 50 Doctors of Nashville Award by Nashville Lifestyle Magazine. She also was given the Kaiser-Permanente Award for Excellence in Teaching and named Clinical Science Teacher of the Year in 2009. She was listed as one of the “Women to Watch” in the Nashville HealthCare Council section by Nashville Medical News in 2011. She leaves to mourn her loving and devoted husband of 33 years, James W. Ladson, son, Vincent James Ladson, daughter, Taylor Nicole McGhee Ladson, four sisters, Yvonne Parham (Terry), Cassandra Simon, Cynthia Woodard (Ronald), Lisa Smith (Julius), one brother, Dwight McGhee (June), three brothers-in-law, Anthony Ladson (Angie), Jerry Brown (Pauline), and Tyrone Brown, sister-in-law Andrea Ladson (Harold), mother-in-law, Barbara Brown, and a host of nieces, nephews, cousins, friends, and colleagues. To View the Celebration of Life service via live stream, please copy and paste the link listed below into your web browser: https://us02web.zoom.us/j/82997592008 Please remember the Ladson family in your thoughts and prayers. In lieu of flowers, please send contributions to: Meharry Medical College Attention: Gift Management Services Hulda Margaret Lyttle Hall 1005 Dr. D.B. Todd Jr. Blvd. Nashville, TN 37208 Make checks payable to: Meharry Medical College and in Memo Section: : For Dr. Gwinnett McGhee Ladson, ’84 Endowed Scholarship Or online gifts: https://registration.mmc.edu/giving.html
To send flowers to the family or plant a tree in memory of Gwinnett Ladson M.D., please visit Tribute Store
Thursday
21
April

Look inside to read what others have shared
Family and friends are coming together online to create a special keepsake. Every memory left on the online obituary will be automatically included in this book.
View Tribute Book
Share Your Memory of
Gwinnett
Upload Your Memory View All Memories
Be the first to upload a memory!
Share A Memory
Send Flowers
Plant a Tree