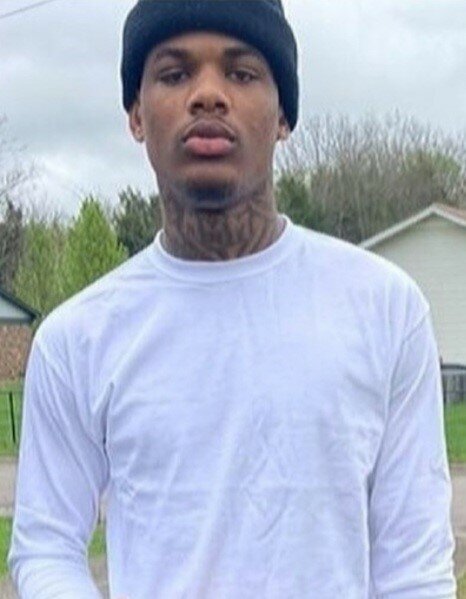 Please share a memory of Dylan to include in a keepsake book for family and friends.
View Tribute Book
Dylan Brown was born November 9, 2000 and transitioned on March 15, 2022, he was 21. Dylan was preceeded in death by his grandmother, Barbara E. Brown. Dylan was survived by his mother Nivanka Brown-Harris, Billy Harris (stepdad), brothers Antonio Brown, Darius E. Bradley Jr. (DJ) , and his sister Chloe E. Harris. He was also survived by devoted grandfather Edwin F. Brown (Paula), Daquiri Taylor (biological father). Also host of aunts and uncles and cousins and friends. Dylan graduated from Hunters Lane High School in Nashville, TN. Dylan excelled in sports in his youth, he played soccer, football, basketball and wrestling. In his spare time he liked playing NBA2k. Dylan was a people person. He got along with people from all walks of life whether young or old; it didn't matter everyone knew Dylan. He was the life of the party, whenever Dylan entered the room you knew he was in the room. Dylan was working at FedEx and loved making lettuce (money) and he also loved his family and friends unconditionally. He would do anything to protect them. Dylan couldn't wait until he got grown to tell his baby sister to stay in a child's place. At a young age Dylan was very passionate about racial equality. He was extremely protective of his mom even when he got older he would tell her that she was out to late. Dylan liked being in the studio making rap music with his friends and he was a trendy dresser. As a young boy he used to "Say got to smell good for the ladies." Dylan will be surely missed by us all and his memory will live forever with each one of us.
To send flowers to the family or plant a tree in memory of Dylan Brown, please visit Tribute Store
Thursday
7
April

Walk Through of Friends

Look inside to read what others have shared
Family and friends are coming together online to create a special keepsake. Every memory left on the online obituary will be automatically included in this book.
View Tribute Book
Share Your Memory of
Dylan
Upload Your Memory View All Memories
Be the first to upload a memory!
Share A Memory
Send Flowers
Plant a Tree