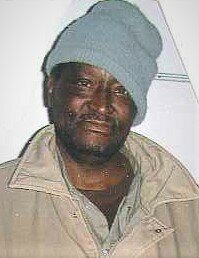 Please share a memory of George to include in a keepsake book for family and friends.
View Tribute Book
George Theoplis Harvey entered into Eternal rest on Friday, March 11, 2022. George was born on April 21, 1954 to the late George Harvey, Sr. and Anna Bell Harvey. He was preceded in death by his brother Raymond Eugene Harvey, Sister Mary Alice Buchanan. George received his education in the Nashville Davidson County School System. He was a Veteran of the United States Army and he loved to travel. He leaves to cherish his memory, Mother Mrs. Anna Bell Harvey; sisters Vivian Harvey, Regina Harvey and Angela Simmons; brothers Wayne Harvey and Napoleon Harvey; numerous nieces, nephews, family and friends and devoted niece Linda Michele Douglas
To send flowers to the family or plant a tree in memory of George Harvey, Jr., please visit Tribute Store
Monday
21
March

Look inside to read what others have shared
Family and friends are coming together online to create a special keepsake. Every memory left on the online obituary will be automatically included in this book.
View Tribute Book
Share Your Memory of
George
Upload Your Memory View All Memories
Be the first to upload a memory!
Share A Memory
Send Flowers
Plant a Tree