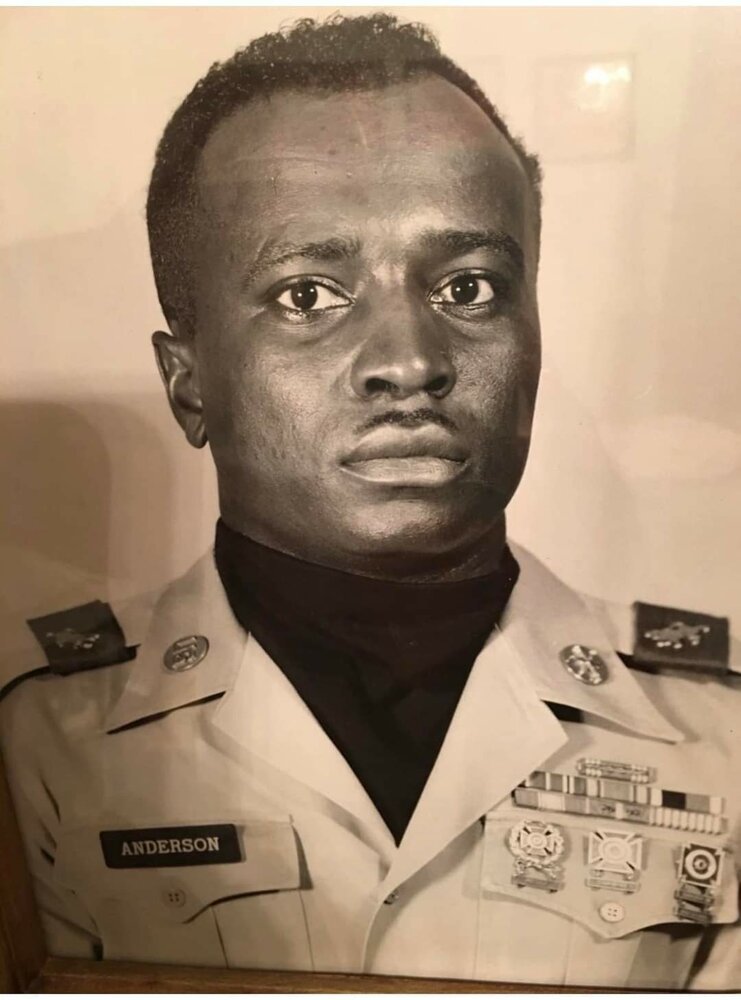 Please share a memory of James to include in a keepsake book for family and friends.
View Tribute Book
James E. Anderson "Brighteyes" 95 of Nashville, TN. transitioned on March 9, 2022. Sarah Watkins and Hayes Anderson became proud parents of James “Brighteyes” Anderson born October 17, 1926 in Louisville, Kentucky. He completed the roadmap God laid out for him and departed this earthly life on March 9, 2022. “Brighteyes” lost his mother (TB Hospital) at the early age of 2 yrs old and was raised by his grandparents Parker and Hannah Watkins in the rural Canaan Community of Maury County (TN). He completed his formative education in the Maury County School System. He completed Canaan Elementary School and attended Clark Training High School. After completing the 10th grade he set his sight on higher ground with the intent of joining the United States Army. In November 1945, at 19 years of age he enlisted in the United States Army where he honorably served 21 years, 11 months and 9 days. While in the Army he completed his GED. He was assigned to the 14th Transportation Battalion as a Wheel Vehicle Mechanic in the European Command and in HQ 93rd Engineering Construction Battalion he completed Engineer School and Ordinance School. His knowledge, skills and demonstrated ability in Engineering and Ordinance defined one of his highest recognized jobs in the military. “Bright Eyes” as a member of the 9th Infantry Division was a Hercules Missile Crewman. In that position he was responsible for repairing nuclear war heads and launching them. He later served as the Supervisor to those who launched Nuclear Missiles. He served in the World War II and the Korean War. He had qualified as an Expert Rifleman, M-14, his whole career. He surely must have learned that in the Canaan Community before joining the US Army. His last six months prior to retirement he spent in the HQ US Army Training Command (USATC) the organization responsible for overseeing training of Army forces and the development of operational doctrine. He retired as E-6 Staff Sergeant (Promotable). He had completed all the requirements for promotion to E7 Specialist First Class and was already in the higher grade position. However, he made the decision to retire and did November 30, 1967. His military service included but was not limited to Germany, South Korea and Japan. He retired a very much decorated Soldier receiving the National Defense Service Medal, Good Conduct Medal, European–African–Middle Eastern Campaign Medal, Army of Occupation Medal (Japan), World War II Victory Occupation Medal, Korean Service Medal with 4 stars and the United Nations Service Medal. After retiring from the military “Brighteyes“ returned to TN and continued his love in auto mechanics at Jim Reed Chevrolet. He worked there for 15 years and retired a second time. He then retired to a life of providing service to many and blessing them with his wide and varied “Handyman” skills learned living in the rural Canaan Community and in the Army. He was truly a Jack of all Trades, doing things from putting roofs on houses to simply cutting grass and everything in between. “Brighteyes” enjoyed spending time with family and friends. His hobbies were fishing, traveling, watching baseball, playing ping pong, bowling and listening to blues and jazz music. He is preceded in death by his grandchildren, Jordan C. Hubbard and Sydney A. Hubbard. He leaves to cherish his memories his wife of 44 years Bettye Lou Anderson; children, Michael (Denise) Godwin Sr., Angela Godwin, Denise Williams, Leonora (Dennis) Moore and Sherri (Jason) Anderson Hubbard, host of grandchildren and great-grandchildren, sister-cousin Georgia Mae Hawkins; a maternal Aunt Olivet Watkins Smith, two maternal first cousins Ruth Watkins Harwell and Dixie Watkins Taylor Smith, one paternal first cousin Julia Bennett Smith, two devoted friends, James (Cookie) Jenkins, Geraldine Meggs and host of other relatives. He is survived by his wife, Bettye Lou of 44 years. Children: Michael (Denise) Godwin, Sr., Angela Godwin, Denise Williams, Leonora (Dennis) Moore, and Sherri (Jason) Hubbard. A host of grandkids and great-grandkids.
To send flowers to the family or plant a tree in memory of James Anderson, please visit Tribute Store
Wednesday
16
March

Look inside to read what others have shared
Family and friends are coming together online to create a special keepsake. Every memory left on the online obituary will be automatically included in this book.
View Tribute Book
Share Your Memory of
James
Upload Your Memory View All Memories
Be the first to upload a memory!
Share A Memory
Send Flowers
Plant a Tree