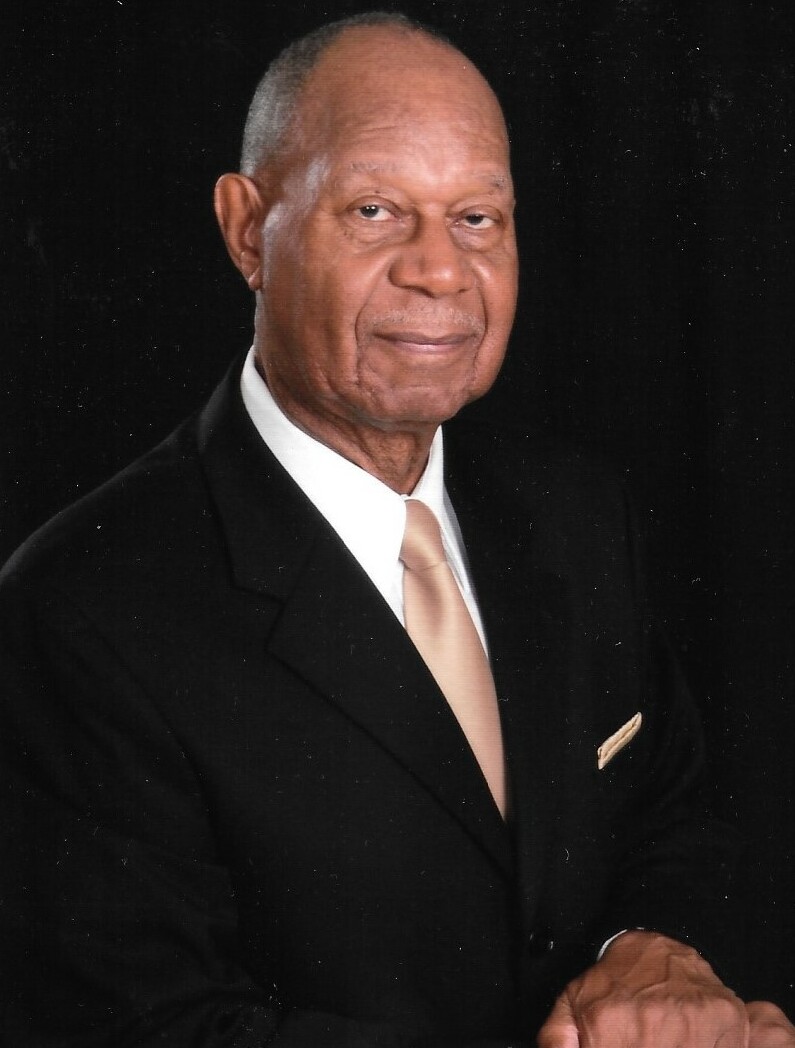 Please share a memory of James to include in a keepsake book for family and friends.
View Tribute Book
A LIFE TO BE REMEMBERED James Herbert Chandler, Jr. entered into eternal life on Saturday, February 12, 2022. Affectionately called Herbert, Jr., Brother, Uncle Brother, and Chilly by his relatives and lifelong friends, James was born on April 27, 1930 to the late Lula McCrimmon Chandler and James Herbert Chandler in Raleigh, North Carolina. His Christian growth began in the home which led to his acceptance of Jesus Christ as his Lord and Savior at Rush Metropolitan A.M.E. Zion Church in the city of his birth. His Christian commitment continued with over 60 years of membership at First Baptist Church, Capitol Hill in Nashville, Tennessee where he served dutifully on the Finance Committee, as a member and Treasurer of the Board of Directors of the Kelly Miller Smith Towers, and as a member of the Jubilee Drive. Upon graduation from high school in Raleigh, James attended Hampton Institute. He was initiated into the Beta Chi Chapter of Kappa Alpha Psi Fraternity, Inc. in 1951 and received a Bachelor of Science degree in Building Construction in 1953. It was at Hampton where he met Elzer Meredith Spence. Their friendship continued when Elzer transferred to the School of Dental and Oral Surgery at Columbia University in New York City. Their courtship resulted in Holy Matrimony on August 21, 1954. Soon after, they moved to Nashville to begin their family. Their relationship of love, respect and unity resulted in the birth of three children: the twins, Kevin Adrian and Karen Adrienne, and Jana Lynne. Elzer preceded him in death on November 23, 1987. In 1959, James established Chandler Construction Company, Inc. The business specialized in custom home building and apartment complexes, and later church building. He received many federal government contracts awarded to minority contractors for commercial projects such as the Nashville International Airport. Over the years, the company also completed renovations to facilities at Tennessee State University. During the 1970s-1990s, James was active as a member and officer in several national business associations including President, National Association of Minority Contractors, Washington, DC, and Board of Directors, National Business League, Washington, DC. He was also active in local and regional professional and community service activities including Chairman, Board of Directors, Matthew Walker Comprehensive Health Center; President, Middle Tennessee Business Association; and Board of Directors, Middle Tennessee Minority Contractors. We will remember James’ loving and peaceful manner, his strong love of, and devotion to his family, and his enjoyment of the outdoors. His everlasting spirit will continue to remain alive in his sister, Ermine Barnes, Raleigh, NC; his children, Kevin A. Chandler, Sr. (Trudy), Nashville, TN, Karen A. Chandler, Nashville, TN, and Jana Chandler Adesegun (Nokware), Snellville, GA; five grandchildren, Kevin Chandler, Jr., Nashville, TN and Kierra Chandler, Bowling Green, KY, Ayo Adesegun and Njisane Adesegun, Snellville, GA, and Jendayi Chandler-Adesegun, Sandy Springs, GA; one great-granddaughter, Marlee LaVine, Snellville, GA; two nieces, Fran Bates Oates, Clemmons, NC and Montez Bates, Raleigh, NC; and numerous cousins and friends. Please keep the Chandler family in your thoughts and prayers.
To send flowers to the family or plant a tree in memory of James Chandler. Jr., please visit Tribute Store
Friday
18
February

Look inside to read what others have shared
Family and friends are coming together online to create a special keepsake. Every memory left on the online obituary will be automatically included in this book.
View Tribute Book
Share Your Memory of
James
Upload Your Memory View All Memories
Be the first to upload a memory!
Share A Memory
Send Flowers
Plant a Tree