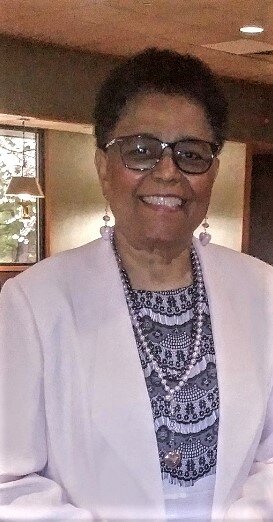 Please share a memory of Roberta to include in a keepsake book for family and friends.
View Tribute Book
Roberta Yvonne Nicholson entered this world on September 3, 1945, at 3:00 am in Brooklyn Hospital, Brooklyn, NY. She departed this life while holding her daughter’s hand at St. Thomas West, Nashville, TN on February 7, 2022, at 6:30 pm. She was born to parents, William H. Nicholson and Inez Turner Nicholson, who both preceded her in death. Roberta left New York with her mother and moved to Sparta, TN at a young age. She attended and played basketball at Darwin High School, Sparta, TN, until graduation on June 6, 1963. She was a great basketball player and would have played in college were it not for a knee injury she sustained in high school. She also loved to play softball and bowl, but her greatest love was TSU football. Roberta married her late husband, Lawrence William Verble on March 17, 1967, and from that union, they produced their only child, Desiree Yvonne Verble, born on March 10, 1968. Roberta continued pursuing higher education by graduating from Tennessee State University with a Bachelor of Science on June 4, 1967. She later went on to complete her Master of Arts in English at Tennessee Technological University on August 21, 1976. She planned on completing her Doctorate degree in Education at TSU by passing the Comprehensive Examination on March 18, 1987, however, she couldn’t complete her dissertation because she suffered a stroke that forced her to retire from what she loved to do most at the age of 49 years. She taught at Glencliff High School and Antioch High School before retiring on January 19, 1996. Roberta was a consummate educator and embraced every aspect of the total school program from selling tickets to the Friday night football game, coaching softball, sponsoring the Half Timers, Homework Hotline and other school functions and activities. She remained close friend with many of her former coworkers and educators after retirement. Roberta touched countless students over the years being a teacher, mentor, coach, and friend. She met her life-long friend and Desiree’s godmother, Dr. Mildred S. Smith, the first day she entered Glencliff High School in 1971 and Dr. Smith was present when momma took her last breath. Roberta was originally a member of Kynett United Methodist Church, Sparta, TN, until she moved to Nashville where she became a member of John Wesley United Methodist Church for over 40 years. She was very active in all church activities such as Homecoming, Vacation Bible School, Choir, United Methodist Women, Finance Committee, and many others. She loved to sing and listen to gospel music. Roberta leaves to cherish her memories her daughter and best friend, Desiree Yvonne Verble, Hermitage, TN; grandsons, Lawrence Shelton and Orlando Shelton, Nashville, TN; nieces, Shirley Nicholson, Norfolk, VA and Tina Lee, Wilson, NC; stepsister, Joyce Jones, Sparta, TN and cousin, Lawrence (Larry)Butler (, Alpharetta, GA. I also want to thank Mathew Jobe for being my mother’s friend and my godfather for over 50 years. Please remember the Verble family in your thoughts and prayers.
To send flowers to the family or plant a tree in memory of Roberta Verble, please visit Tribute Store
Tuesday
15
February

Look inside to read what others have shared
Family and friends are coming together online to create a special keepsake. Every memory left on the online obituary will be automatically included in this book.
View Tribute Book
Share Your Memory of
Roberta
Upload Your Memory View All Memories
Be the first to upload a memory!
Share A Memory
Send Flowers
Plant a Tree