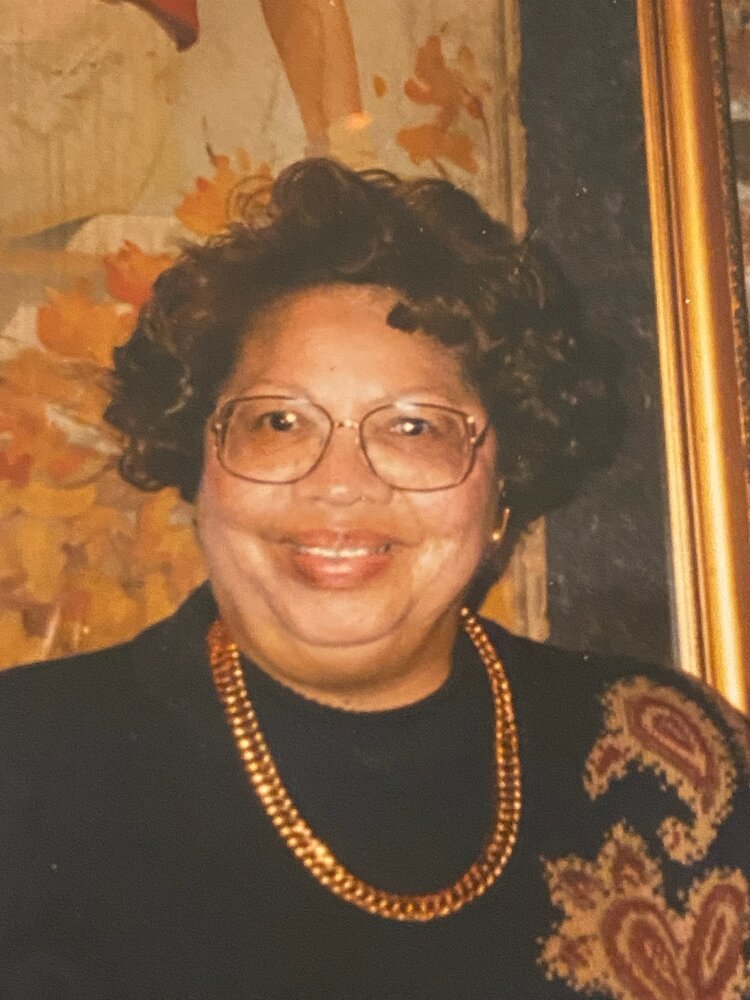 Please share a memory of Eleanor to include in a keepsake book for family and friends.
View Tribute Book
Ms. Eleanor Franklin Bright entered eternal peace and rest on January 20, 2022 while at home with family. Eleanor was preceded in death by her parents Alexander and Bessie Smith Bright; also, siblings Alexander, Jr., Robert Earl, Dorothy, Egbert (“Short Pap”), and Sadie. Eleanor was born in Brentwood, Tennessee and educated in the Williamson County public school system where she graduated as valedictorian of her high school class. She received her Bachelor of Science and Master of Education degrees in the field of education from Tennessee A & I (now Tennessee State University), with further study at Peabody college of Vanderbilt University. She began her professional career in Wardell, Missouri. A year later she returned to Franklin, Tennessee where she taught for seven years and afterwards for thirty-two years in Metro Nashville public schools, totaling 40 years. She retired from Park Avenue Elementary School in 1997 serving as Teacher/Principal Designee during the latter years. She was elected “Teacher of the Year” from Park Avenue Elementary School in 1985 and again, in 1992. She was also honored by the National Sorority of Phi Delta Kappa (teachers’ sorority), along with her two sisters and niece as the Nashville Chapter’s Family of Educators. The family members combined teaching experience was well over 100 years! Eleanor’s love for children and her desire for all young people to succeed far exceeded the classroom; she worked with young people in various organizations, church, and special events such as vacation bible school. Always thinking of ways to impact the lives of young people, she became interested in an organization that would start in Nashville with its focus of service and to enhance the lives of young people. In early 1989 Eleanor became one of the charter members of Top Ladies of Distinction, Inc., Nashville Capitol City Chapter. In this chapter she served in various local and regional offices and received numerous awards and honors from the organization. Eleanor served her community through several other service organizations. She was a “Silver Star” member of Alpha Kappa Alpha Sorority, Inc. (Kappa Lambda Omega Chapter). She had 35 years of consecutive membership in Kappa Lambda Omega Chapter. She served in several positions at both regional and national levels. She was a member of the National Sorority of Phi Delta Kappa, participating as a local, southeastern, and a national officer. She was a member of the Tennessee State University National Alumni Association, receiving the 60th year Vintager Award; secretary of the Williamson County African American Heritage Society; member of the NAACP, NCNW, and past member of the Federation of Colored Women’s Club, in which she was State Chairwoman of the Memorial Services. Eleanor often affectionately called “Aunt E” by her nieces and nephews, also enjoyed cheering for the Tennessee Titans professional football team, the music of Al Green, and banana pudding. If you asked her, she would tell you her homemade banana pudding and potato salad were absolutely the best! A gifted, self-taught pianist she has rendered services as a pianist for over 40 years for church services, weddings, funerals, Vacation Bible Schools, and nursing homes, just to name a few. She received numerous honors and awards such as a “Women of Excellence” from Williamson County Jack and Jill, Inc., “Excellence in Leadership” from the Ladies Aid Society of Pleasant Green Baptist Church, “Soror of the Year,” “Top Lady of the Year,” “Outstanding Chapter President,” and many others. She contributed several chapters to the book: “Beechville, Then, Now and Between” by Sara Lee, which is a book about her community. Copyright 2006. She attended Greater Pleasant View Baptist Church under the pastorate of Reverend Eric Williams. With fond memories she leaves a devoted sister Mary Bright Walker, Brentwood, TN; cousin “Buck Smith, Nashville, TN; loyal and dependable great nephew Mark Crowder, Nashville, TN; nephews: Alexander Bright III, Brentwood, TN; Robert (Pamela) Bright Jr, Franklin, TN; Marlon (Cheryl) Bolar, Frisco, TX; Edwin (Priscilla) Bright, Franklin, TN; Clark (Tammy)Walker Franklin, TN; nieces Rhonda Bright, Nashville, TN; Carolyn Worthy, Franklin, TN; Barbara ( Edward) Fleming, Franklin, TN; Carmen Bolar, Bronx, New York; Iris Bolar, Akron, Ohio; Trevor (Carl) Hobson, Nashville, TN and Karen Bright Harrison, Miami, FL; great nephews, great nieces in addition to a host of great-great nieces, nephews and cousins, church members, and friends. Funeral Services: Public Walk Through of Family and Friends on Tuesday February 1, 2022, 2:00-5:00 pm at Lewis and Wright Funeral Home, 2500 Clarksville Pike, Nashville, TN 37208. Visitation on Wednesday February 2, 2022, 11:00-11:30; TLOD Ritual and AKA Ivy Beyond the Wall Ceremonies, 11:30-12:00 noon with funeral to follow at Spruce Street Baptist Church, 504 Spruce St, Nashville, TN 37203. **Masks Are Required**
To send flowers to the family or plant a tree in memory of Eleanor Bright, please visit Tribute Store
Tuesday
1
February

Look inside to read what others have shared
Family and friends are coming together online to create a special keepsake. Every memory left on the online obituary will be automatically included in this book.
View Tribute Book
Share Your Memory of
Eleanor
Upload Your Memory View All Memories
Be the first to upload a memory!
Share A Memory
Send Flowers
Plant a Tree