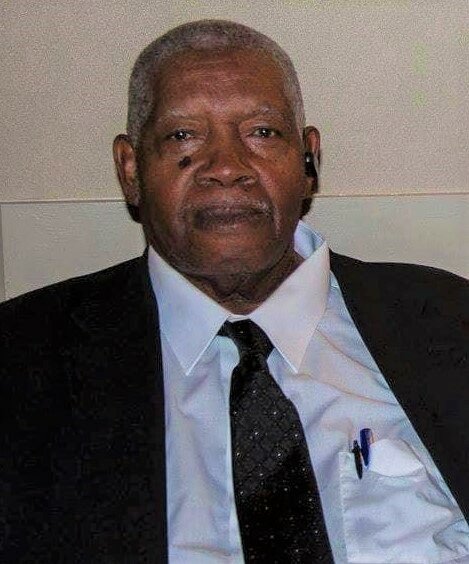 Please share a memory of Joe to include in a keepsake book for family and friends.
View Tribute Book
Joe L. Watts was born on January 18, 1937, to the late Doras & Carolyn Barrow Watts of Lee County (Opelika) Alabama. He departed this life on January 19, 2022 at Tristar Centennial Medical Center in Nashville, Tennessee. He was preceded in death by wife, Odell J. Watts and daughter Felicia Y. Watts. Joe Louis, named after his cousin heavy weight professional fighter, Joe Louis Barrow. Lovely known as Daddy Watts and Uncle Joe, was the patriarch of the Watts Family dearly loved and respected by his family. Joe accepted Christ at an early age at Macedonia Missionary Baptist Church in Gold Hill, Al. Joe later moved his membership to Cedar Grove Missionary in Eagleville, Tennessee under the leadership of his uncle Rev. Albert Smith. Joe served on the deacon board until his death, at one time was the Chairmen of the Deacon and Trustee board until he retired. Joe also service as on the Trustee Board for Stone River District Association. Joe was known for his love of singing Hymns. Joe was educated in Lee County Alabama Public Schools, and graduated from Darden High School. Joe went on to attend Tuskegee Institute until his junior year when he left to pursue a career in the NFL. He played for the Cleveland Browns until a serious injury derailed his football career. Upon leaving Joe returned to his original trade which was plumbing, taught to him by his Uncle Olsie. In 1968 Joe obtained his plumbing license, making him one of the first Black men in Nashville to have a have a Master Plumbing License. Joe was a Master Plumber for over 50 years in addition to working 25 years for the Metro Public School System. He united in holy matrimony to Odell Jordan on January 23, 1966 and to this union, four children were born. He leaves to cherish his memory three devoted children daughters Deborah Watts and Zannetta Watts of Austin, TX, son and apprentice Joseph (Tracie) Watts. Four loving grandchildren that will miss their “Daddy Watts”, Ayalah J.(Kaola), Jordyn S.(Hair); Raven F.(FeeFee), and Joseph E(Lies) Watts. Three very devoted sisters Carrie (Mack) Calloway of Atlanta, Georgia; Mary Keeble of Nashville, TN; Pauline (Wayne) Bruce of Seabrook, Maryland; One devoted adopted sister Shantell Ennis of Seabrook, Maryland. A host of devoted nieces and nephews; some special and devoted friends and neighbors; Vernice Stovall, Phyllis Woods, Florene Jones, Delores Lewis, Charles D. & Gail Jordan, Pastor Robert Stout, the Maxwell family. Public Walk Through of Family and Friends will be held, Wednesday, January 26, 2021 from 2:00 - 5:00 p.m. at Lewis and Wright and Funeral Directors. To honor the wishes of Mr. Joe Watts, there will be a private Celebration of Life held for Family.
To send flowers to the family or plant a tree in memory of Joe Watts, please visit Tribute Store
Wednesday
26
January

Look inside to read what others have shared
Family and friends are coming together online to create a special keepsake. Every memory left on the online obituary will be automatically included in this book.
View Tribute Book
Share Your Memory of
Joe
Upload Your Memory View All Memories
Be the first to upload a memory!
Share A Memory
Send Flowers
Plant a Tree