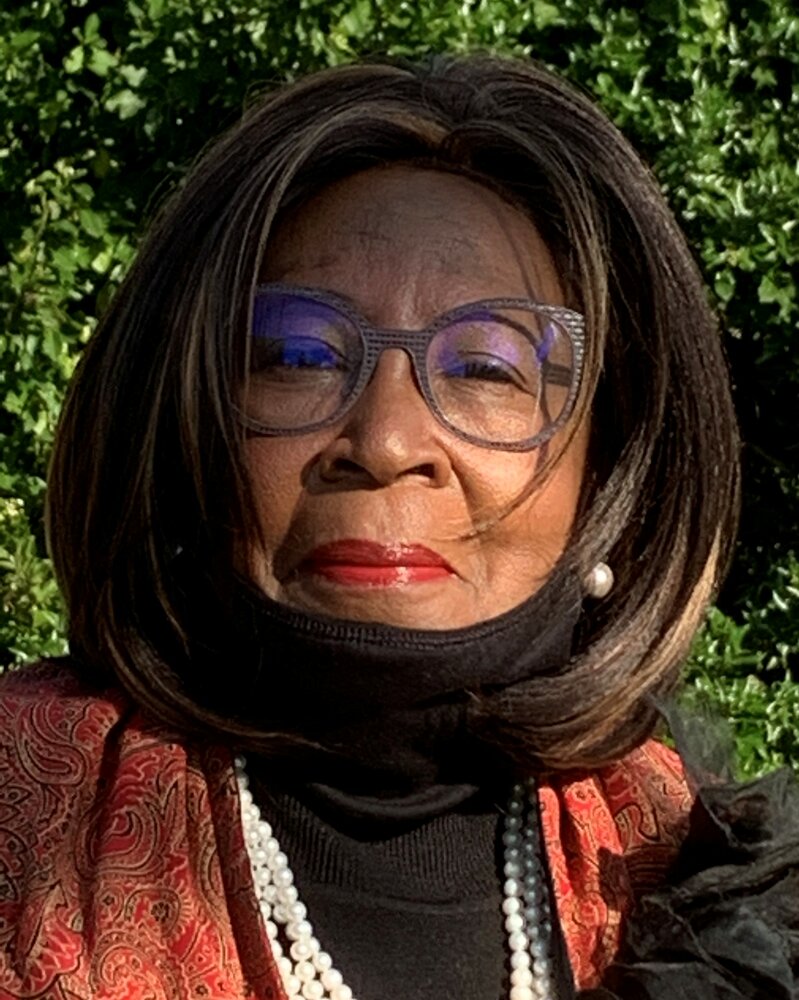 Obituary of Ernestine A. Bell

Please share a memory of Ernestine to include in a keepsake book for family and friends.
View Tribute Book
ERNESTINE ARMSTRONG BELL departed suddenly on January 12, 2022, following a short period of declining health. She was blessed to live 82 years. Affectionally known as “Ma Bell” by her grandchildren, “Ernie” by her colleagues, and “Steen” by close friends and family, Ernestine was born in Prentiss, Mississippi on August 11, 1939, to Frank and Jessie Armstrong. She was reared on a family farm in Jefferson Davis County (between the towns of Prentiss and Silver Creek). The eldest of four children, she learned to prepare meals for their entire family. Cooking for the people she loved would become a part of her daily life and an expression of her love for others. As a young girl, she demonstrated a talent for speaking and performance at school and church. She was baptized at an early age at Springhill Baptist Church.Later, she and her family joined the Galilee Baptist Church in Prentiss. She graduated from the Prentiss Normal and Industrial Institute in 1957, a private, historically black school founded in the Booker T. Washington tradition. She was determined to continue her education after high school. She knew no one in Nashville, Tennessee when the National Business College recruited her, but she decided to leave Mississippi in 1958 to attend the school, which was located on Lebanon Pike, near Murfreesboro Road. Not long after she arrived, she met Joyce Payton, also from Mississippi, and they became lifelong friends. Joyce’s sister, Hamer, soon moved to Nashville also, and the three became a trio. Ernestine finished business school and began working as a secretary in 1960. She worked for various Nashville civil rights attorneys and the African Methodist Episcopal Church’s Christian Recorder national newspaper. At the time, student demonstrators were forging change in Nashville’s racially segregated landscape. She and Joyce were excited to be young, black professional working women. In addition to her professional work, Ernestine liked meeting people, so she often earned extra money working part time as a waitress at restaurants like the Elliston Place Soda Shop. While waiting tables at a downtown restaurant, she met U.S. Army veteran and Nashville native John Lewis Bell, Jr., who recently had returned from Europe, and was also working downtown. Ernestine and John, whom she affectionally called “Bell,” married and started their family legacy. Three children were born to this union, which endured for 60 years. A devoted wife and mother, she stopped working for a time and stayed at home with her little ones until they each started school. In the early 1970s, Ernestine returned to the workforce to enter the world of women’s fashion. She worked for Genesco, Inc., where she rose from a warehouse clerk to buyer of materials to make shoes at company factories around the state. She advanced to accounting at the corporate office in Nashville. During this time, she was also a working mom, driving her kids to and from places before and after work, and at one time, selling more Girl Scout® cookies than any other mom in her youngest daughter’s troop. In 1990, she joined the sales team at the Castner-Knott Department Store (now Macy’s) in the Green Hills area of Nashville. She earned the respect of her colleagues and management as a dedicated team player through several company mergers. “Ernie,” as she was known, earned the title of Macy’s top salesperson in Tennessee and was a beloved icon at the Green Hills store. Ernestine and John became faithful members and leaders during the formative years of Berean Baptist Church in the early 1970s, serving in various capacities. She was a caring and diligent financial secretary for 17 years and a faithful trustee for many years. There was no service she was unwilling to give, from planning and facilitating countless programs, to serving church meals and singing in the choir. When her husband John achieved that status of Master Mason, Ernestine affiliated with the Order of the Eastern Star. She was a faithful and devoted member of Hella Court #76, The Golden Circle, and Electa Chapter No. 1. Ernestine was beautiful inside and out. She was generous, compassionate, and outgoing. She loved talking on the telephone, endearing herself to close friends and family. She loved making herself look good, being well-dressed, and standing tall in her high heels! She lived to shop, not just for herself, but also for her husband and children as well. It was important to her that her whole family looked their best. Ernestine was preceded in death by her parents, Frank and Jessie Armstrong, and one brother, Frank Shelton Armstrong, of Chicago, Illinois. She leaves to cherish her memory: husband, John Lewis Bell, Jr.; children, Natalie R. Bell Sartin, Xavier (Nadine) Bell, and Von LaTreace Bell, Ed.D.; grandsons, Leon Williams III, and Xavier, Jr. and Brandon Bell; great-grandchildren, John Carter, Aubri Rose Bell, and Jordan Nyamesem Williams; sister, Jean Armstrong-Lewis and brother, Grover Armstrong, both of Chicago, Illinois; sister-in-law, Dorothy Haley; nieces and nephews from both the Armstrong and Bell families; her Berean Baptist Church family; and a plethora of friends.
To send flowers to the family or plant a tree in memory of Ernestine Bell, please visit Tribute Store
Wednesday
19
January

Celebration of Life and Love

Look inside to read what others have shared
Family and friends are coming together online to create a special keepsake. Every memory left on the online obituary will be automatically included in this book.
View Tribute Book
Share Your Memory of
Ernestine
Upload Your Memory View All Memories
Be the first to upload a memory!
Share A Memory
Send Flowers
Plant a Tree