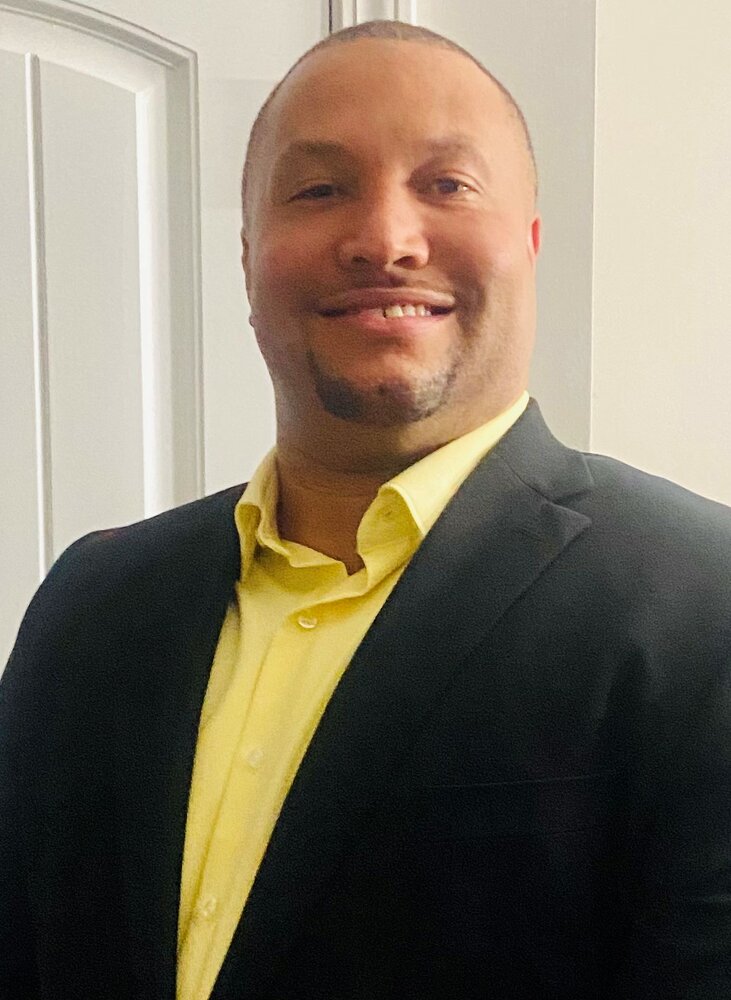 Please share a memory of Pastor Russell to include in a keepsake book for family and friends.
View Tribute Book
Pastor Russell J. “Rusty" Perkins, entered into the joy of the Lord on December 27, 2021. He was born in Columbus, Ohio on July 28,1979, the first of four children born to his parents Renita J. and Russell T. (Pastor and Chancellor) Perkins. He was educated in the public schools of Nashville, and then completed his Bachelor of Business Administration and Master of Education in Administration and Supervision degrees from Tennessee State University. He loved sports and became an exceptional athlete in his own right as a member of the Parkwood Baseball Team. Pastor Rusty was baptized in the name of Jesus and filled with the Holy Ghost when he was very young. He answered the call on his life and began preaching in his early 20s. In 2011, he became the Pastor of Faith Apostolic Church, a church which was founded by his Great Grandmother, Pastor Idessa C. Driver, in the year that Pastor Rusty was born. He started his professional career in Retail Management at CVS Pharmacy, Kroger and Dollar General. He then transitioned to sales in the Automotive Industry, which proved to be his passion. Pastor Rusty loved cars and the genuine camaraderie among his sales team. He flourished in this industry earning Gold Level Status of the Honda Council of Sales Leadership as a team member at Darrell Waltrip Honda. In November 2005, Pastor Rusty married his childhood crush and high school sweetheart, Christina Jackson Perkins. God blessed this union with 16 years of marriage, and six amazing, beautiful children; daughters Taylor, Madison “Abby”, Alexandria “Lexy”, and Kennedy, and sons, Russell and Christopher. He enjoyed watching movies with his family, wrestling with his kids and having them say “Dad’s the most powerful”, dancing, and cooking. He loved competing with his oldest daughter, Taylor, to see who could make the best duck or mac & cheese. He won the mac & cheese competition hands down. Pastor Rusty will truly be missed. He will be remembered by his amazing personality, generosity, ability to make a friend of anyone, being an incredible father and husband, and having an awesome relationship with God.
To send flowers to the family or plant a tree in memory of Pastor Russell Perkins, please visit Tribute Store
Saturday
8
January

Look inside to read what others have shared
Family and friends are coming together online to create a special keepsake. Every memory left on the online obituary will be automatically included in this book.
View Tribute Book
Share Your Memory of
Pastor Russell
Upload Your Memory View All Memories
Be the first to upload a memory!
Share A Memory
Send Flowers
Plant a Tree