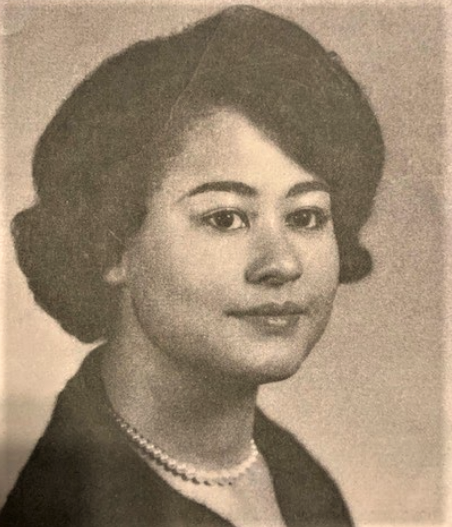 Ms. Pearlena Patters transitioned from this life on Saturday, December 4, 2021. In the early hours of January 18, 1945, on a blizzard plagued morning, Lillie Pearlena Lewis Woolridge was welcomed into this world by her proud parents, Thomas Jerry Woolridge, Jr., and Pearlena Lewis Woolridge. She was the third and youngest child born to that union. Pearlena developed an interest in many diverse areas and as she grew that diversity began to define her life. By the time Pearlena completed high school, she had attended nine different schools. This constant change in educational environments seemed to invigorate her. Each school turned her to a new area of interest to pursue including but not limited to writing, reading, all genres of music, researching religions, health and medicine, and searching the family tree. She carried these interests into adulthood and continued to pursue each as diligently as she had when in school. Pearlena’s higher education and work life was just as diverse as her grade school education. Upon completion of high school at St. Francis de Sales in Powhatan, VA, Pearlena was awarded a fellowship to study at the Sorbonne in France, but had to refuse it because of her age. Instead, she attended Fisk University with a major in pre-med, but decided that was not for her. A transfer to Morgan State College with a major in Music Education was a better fit. Then she went forward to get a Master’s degree in Gerontology. In work she began as a secretary, a gerontologist in the U.S. Dept. of Health and Human Services, and finally as an internal review analyst in the Headquarters, Army Corps of Engineers, the world’s largest construction organization which dredges waterways and builds dams. A very wandering and diverse path through education and life. Pearlena married Joe Seth Patters on August 9, 1969, at St. Mary Mother of God Roman Catholic Church in Washington, D.C. They spent the majority of their married life in Columbia, MD, where Seth died in January 2006. To that union were born four beautiful children: N’Gai Seth of Baltimore, MD, N’Hari David of San Diego, CA, N’Jari Thomas of Cyprus, and N’Jai-An Elizabeth of Minneapolis, MN. Pearlena left this plane of existence on December 4, 2021. Predeceasing Pearlena were her older sister, Thomasina Mary Frances Woolridge Mixon (3/30/38-11/15/04) of Albuquerque, NM, her brother, Dr. Thomas Jerry Woolridge, III, (12/07/43-03/24/09) of Nashville, TN, and her oldest son N’Gai (7/29/70-10/13/2021). She is survived by her three remaining children, seven grandchildren – Cassandra, Tabatha, Thomas, Anthony, Mesa, Desmond, Simone, two great grandsons, Adrian and Miles, many nieces and nephews, and several daughters and sons from other mothers. A nice but silly anecdote. While in high school, Pearlena was baptized and confirmed into the Catholic Church. She was given three baptismal names, Maria Angela Goretti, and two confirmation names, Jude Irene. Pearlena’s children liked to recite her full combined named so her came out as “Lillie Pearlena Lewis Maria Angela Goretti Jude Irene Woolridge Patters.” Topic: Pearlena Patters's Memorial Service Time: Dec 18, 2021 11:00 AM Central Time (US and Canada) Join Zoom Meeting https://us02web.zoom.us/j/83293439637 Meeting ID: 832 9343 9637 One tap mobile +13017158592,,83293439637# US (Washington DC) +13126266799,,83293439637# US (Chicago)
To send flowers to the family or plant a tree in memory of Pearlena Patters, please visit Tribute Store
Saturday
18
December