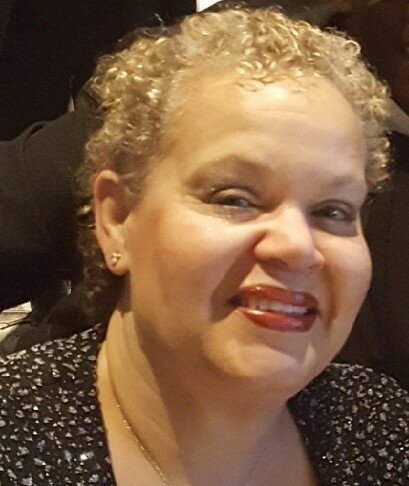 Rita Williams–Seay was born on November 12, 1960 in Louisville, Kentucky to the union of Dr. Robert C. Williams (deceased) and Dr. Delores S. Williams. She was the eldest of four children. Her childhood was spent in Wilberforce Ohio, New York City, Cambridge Massachusetts, and Nashville Tennessee. Summers were often spent in Louisville Kentucky with loving family. Her parents stressed the importance of education. Rita spent her early years watching her parents study hard to earn graduate degrees. Intellectual discourse abounded in the home, with graduate students debating ideas that Rita was yet to conceptualize, but all the while she listened as jazz played softly in the background and the discussions escalated to a fevered pitch. She admonished her younger siblings to remain quiet, to be seen but not heard. “SHHH” she would whisper. “Be quiet, before they put us out of this room!” and they obeyed and sat quietly in the corner watching and listening with her. Rita was the oldest sister and she was the boss. Rita pursued education with enthusiasm. She earned a Bachelor of Science degree in 1994 from Tennessee State University and in 2001 earned a Master’s Degree from the same esteemed institution. She was an avid reader and encouraged family and friends to pursue education with zeal. She would sometimes quote both her maternal grandmother and her mother who frequently proclaimed “Education is the key to a brighter future!” Rita married Orcenta L. Seay (Bubba) in 1985. They enjoyed married life. She would often say, “I married a wonderful, wonderful man, my best friend and the love of my life.” She would always repeat the word wonderful twice because she said “One wonderful does not describe him enough, he is at least two wonderfuls” and she would chuckle and smile. Rita and Bubba traveled together extensively. They experienced and enjoyed the world together. Rita and her husband Orcenta were avid football fans of both Tennessee State University and the NFL teams. They tailgated with their teams for over 30 years, sharing hospitality and their love for the sport with all who gathered. Rita served her alma mater for over 25 years in various administrative positions. She began her career at Tennessee State University as a Human Resources professional and spent her last years in service to the university as the Director of SACSCOC in Academic Affairs. Rita retired from Tennessee State University in 2020. She had fond memories of her time at Tennessee State University as a student and a professional employee. She made lasting friendships that sustained her and brought her joy. She found a second family at Tennessee State University. Rita was a member of First Baptist Church Capitol Hill. She was a member of the Sanctuary Choir and loved to sing. She enjoyed the experience of singing in choir with her sister Celeste. Sundays during church service, if you looked closely at the choir stand, you might see Rita leaning in toward her sister and whispering while they both looked at Pastor Smith trying to avoid his side glance. They were caught whispering, more than once. Rita had a kind and generous spirit volunteering numerous hours of service as a member of the Nashville (TN) Chapter of the Links Incorporated. She loved being a member of the organization and cherished the bonds of friendship that were formed there. Her Links Sisters were a very special part of her life. Rita is survived by her mother, Delores Williams, loving husband of thirty-five years, Orcenta Seay; step–daughter, Tiffany (Corey Douglas); grand-daughter, Yazmin Douglas; siblings, Celeste Williams, Steven Williams, Leslie Williams; aunts, Emma Jean Smith, Ruth Williams, Bonnie Williams, Lonnie Ali, Marilyn Williams, uncle, Kenneth Williams (Betty), In-Laws Nellie (Rollie McAdoo), Helen Pettaway Shute, Toni Shute, Terrance Seay (Theresa), Andrew Shute Sr. (Quita) and a host of cousins, nieces, nephews and friends, and she is loved.
To send flowers to the family or plant a tree in memory of Rita Williams-Seay, please visit Tribute Store
Friday
3
December