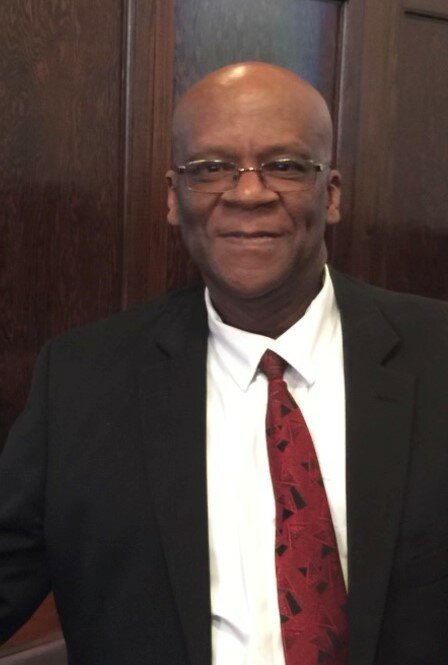 Richard Lenard Bowers was born March 6, 1953 in Nashville Davidson County Tennessee to the late Rev. Jesse M. Bowers Sr. and Ora B. Larkins Bowers. His formal education was Meigs High School and he graduated from East Nashville Senior High School. Upon graduating he attended Tennessee State University where he received his Bachelors’ Degree in Psychology and Master’s Degree in Psychology, Guidance, and Special Education. He work in the Financial Aid Office at Tennessee State University. He continued his formal education by obtaining a Doctorate Degree in Higher Education. Humble as he was he never wanted to talk about degrees, especially when he heard someone said “I got mine now you get yours”. Upon completion of his Bachelor’s Degree he began working with the Tennessee Department of Youth Development where he worked as a Juvenile Correctional Counselor and Probation Officer covering Davidson, Williamson, and Sumner counties. After 12 years of service he went to work for Metro Nashville Public Schools at the school he graduated from years ago, as a teacher. In 1996 he was named as Teacher of the Year at East High School. He then transferred to Maplewood High School where he worked as a Guidance Counselor. It was while he was working at Maplewood under the leadership of James Sawyers, he received a call from the State Department of Education wanting to implement a degreed program at the Historic Fisk University. Richard spent many late nights developing the Program and the first Degreed Program in Special Education was introduced under his leadership of nineteen years. A longtime member of Braden United Methodist Church, he saw his calling in working with the elderly and youth. Over the years he was over the youth, sung in the gospel choir, worked along with his father with the homeless program and learned to play the piano. Being the humble person he was, he never turned any individual down who he thought he could possibly help. He enjoyed the field of education. In the early years he further worked with the Tennessee Titans and their wives providing food baskets to needy families. As a member of Kappa Alpha Psi Fraternity, he worked with the Kappa Leaguers where the also provided needy families with food baskets and toys for Christmas. He leaves to cherish his memory: brother, Rev. Jesse M. (Brenda) Bowers Jr. and sister, Carolyn Wiseman. He loved all of his nieces and nephews and would do anything he could for them. He leaves to cherish five nieces, two nephew-in laws, three great nieces; five great nephews, one great-great niece; one great-great nephew. Close friends Dr. Debbie Thomas, Samuel Garner, Virginia Humphrey, Karolyn Kilcrease, Dr. Le’antin Bracks, Derek Smith, Dr. James Sawyers, Dr. Joseph Fisher, Nancy Rasico, Dr. Shelia Peters and many other staff at the Historic Fisk University and a host of other family and friends. Richard is preceded in death by parents, Rev. Jesse and Ora Bowers Sr. and niece Norma Wiseman-Steverson.
To send flowers to the family or plant a tree in memory of Richard Bowers, please visit Tribute Store
Sunday
21
November