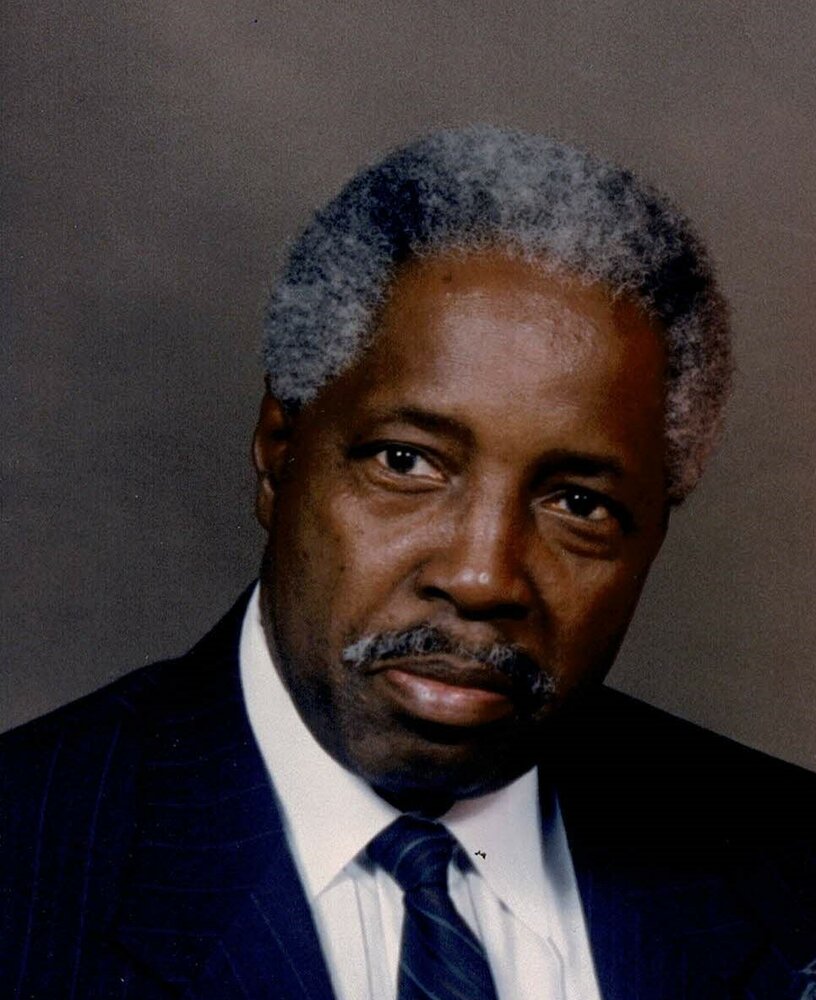 Harry Barnett was born on November 14, 1932 and one of four sons from the union of Reverend Mack and Louisa Barnett. All 3 brothers, one of which was Harry’s twin preceded him in death. Most people were not aware that “Barnett’ as he was known to many was given the first name of Harry. He was preparing to celebrate his 89th birthday but God changed the venue and upgraded the invitation list to VIP status. Barnett was raised in a Christian environment mostly by his mother. His father passed away when he was only 12 years old. After he graduated from high school, he enlisted in the United States Air Force, where he went on to serve in The Korean War. Upon completion, and receiving an honorable discharge, Barnett moved to Nashville where he met and married Betty Jean Hardison in 1956. Grounded in faith in God and love, that union lasted 65 years. Barnett worked over 35 years with National Life & Accident Insurance Company which later became American General. After retiring from there, he worked for many years at Ed’s Fish & Pizza where me met, interacted and counseled many young men about life, choosing the right path, staying connected to God and many other topics that would serve as guidance for them. He never met a stranger and always kept a sense of humor. He was a generous person and loved children and always had a story to share that offered wisdom and knowledge about life. Even though he was already affiliated with the Methodist Church in Wadesboro, North Carolina, he joined Pleasant Green Baptist Church in 1983. There he became an intricate part of many organizations within the church. He was one of the founders of the Men’s Choir, served on the Junior Usher Board, was a Deacon and worked with the Outreach Ministry for Room in the Inn. He also worked with Tying Nashville Together, served Communion to the sick and shut in on first Sunday and visited the sick on Tuesdays for years with Deacon Stinson. He served in many other capacities at the church until his health began to fail. While Mr. Barnett may be gone in the physical state, there are many who will keep him in our spirit forever. That starts with his wife of 65 years, Betty Jean Barnett; niece, Andrea Beeman; special great nephew, Erique (Valerie ) Martin; great niece, Candice Hathaway; devoted great grand niece, Eriqua Martin, great grand niece and nephew, Desiree, Patrick and Andreas Hathaway; devoted Godchildren, Anthony( Pamela) Drumright, Bridgette (Timothy) Clark, Stefan and Chloe Forbus; devoted cousins, Madeline and Beverly Barton, Augustine (Gene) Green; cousin, Lucius Hayes Family Wadesboro, North Carolina, other cousins and family members. Longtime friends, Marlene Sisney, Darrell (Lana) Traynor, Louis King, Nathan Crowder, Morgan Taylor, JT Smith, Maurice & Ruth Lewis, Vernon Winfrey and Steve Parham. Many other friends and former co-workers too numerous to mention.
To send flowers to the family or plant a tree in memory of Harry Barnett, please visit Tribute Store
Sunday
7
November