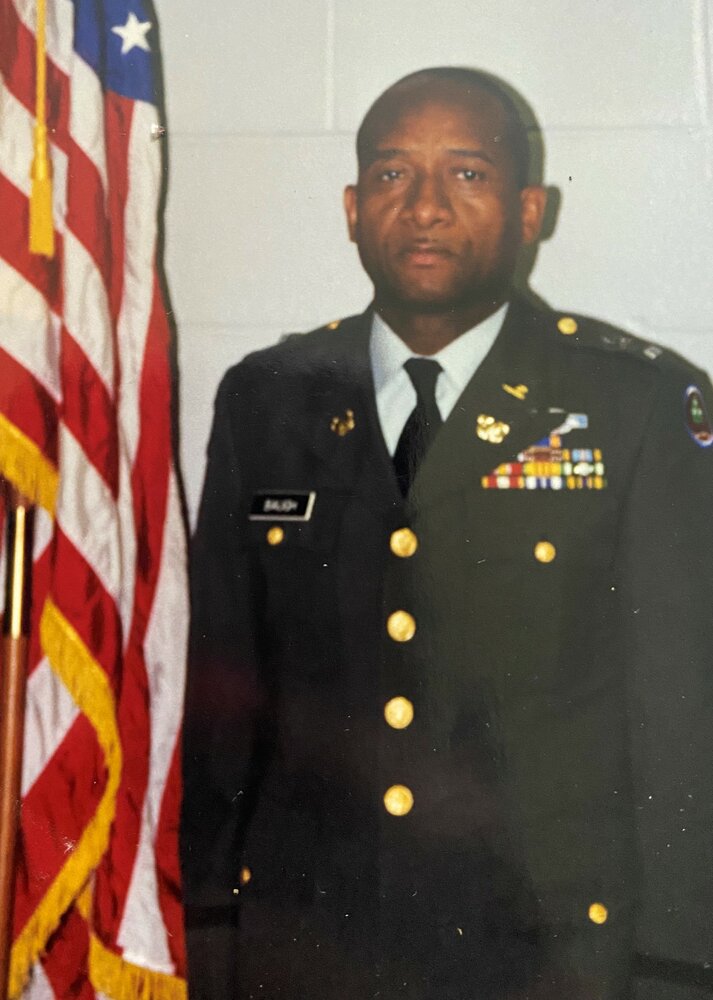 Retired Chief Warrant Officer Four Terry L. Baugh was born on July 26, 1947, in Nashville, Tennessee to Katherine Baugh and Anthony Washington. He departed this life peacefully on October 12, 2021, at 7:52 pm at the Veterans Affairs Hospital. Terry was married to his wife, Nancy Baugh for 57 years. He was a devoted husband, father, grandfather, brother, uncle and friend. He got his GED and graduated from Nashville State Technical Institute as an engineer. He served his country with honor and courage in the Army National Guard of Tennessee and the Reserve of the Army for thirty- six years. He earned numerous awards and medals for his dedication to his duty to this country. Terry was a businessman. He was a contractor of his own repair company called Warson Home Maintenance, which was named after his late son Warren. Terry enjoyed traveling, shopping, teaching, making custom furniture, good conversation and laughs with friends and spending time with his family. His best buddy was his great-grandson, Santana. He really enjoyed teaching him and homeschooling him. Terry was known for his loyalty and honesty. It was a true blessing to have him in your presence. He was everyone’s go to guy. Whether you needed advice about anything in life or your roof repaired, he knew the right things to say and the right things to do. He always made things easier and cheaper for you. Terry was an amazing man, a father figure to many and the true definition of a hero. He made sure he showed his love for you through all his actions. Terry was preceded in death by his parents, brothers Sterling Baugh and Joseph Baugh, son Warren Baugh and daughter Sonia Baugh. Terry leaves to cherish his memories: wife, Nancy Baugh; daughter, Tonia (Howard) Williams; sisters, Alberta White and Nancy Washington-Sanders; brothers, Ernest (Cheryl) Washington, Jessie (Shelia) Washington, Roy (Nina) Washington and Douglas Washington; aunt, Roberta Baugh; grandchildren, Kiara Miller, Karimah (Newlee) Taylor, Akilah Miller, Samiyah Miller and Akeem Miller; great-grandchildren, Santana and Shiah Davis and a host of cousins, nieces, nephews and very close friends. Complete arrangements to be announced soon.
To send flowers to the family or plant a tree in memory of Terry Baugh, please visit Tribute Store
Tuesday
19
October

Public Walk Through of Family of Friends