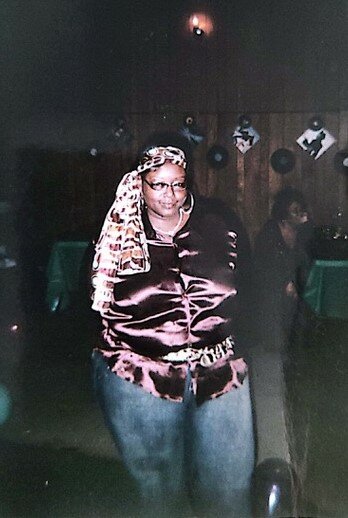 Tyvonya Clarice Battle was born June 17,1972 and departed this world to be with her Saviour September 1, 2021. Tyvonya was preceded in death by her father Tyus Foster, and sister Mary Battle. Tyvonya was an advocate of education she attended college as an English major after receiving her GED. Tyvonya attended college until her health failed. Tyvonya was a dialysis patient for more than 20 years she studied and researched information about dialysis and became a Self-care patient and educated others about self-care in her clinic. Tyvonya had a love for writing poems and literature about improving women lives, teaching others about self-worth, parent volunteer, and spending time with her family. Tyvonya received many awards and certificates for her volunteer and community services. Tyvonya was baptized and joined Watson Grove under the Pastorage of Rev. Curtis Goodwin where she attended until her health failed. To cherish her loving memories are 3 children, Tyus Battle, Alexandra (Julian Mayes), and Tyzandria Battle. One grandchild Julie Mayes, devoted mother Vela Battle, 2 sisters Marva Battle, Cynthia (Ruben) Reed, 2 brothers Risdon (Veronica) Oglesby and Milton Oglesby. Devoted cousin Thomas Battle and Aunt Mamie Battle. A host of nieces, nephews, other relatives and friends treasure her loving memories.
To send flowers to the family or plant a tree in memory of Tyvonya Battle, please visit Tribute Store
Tuesday
7
September