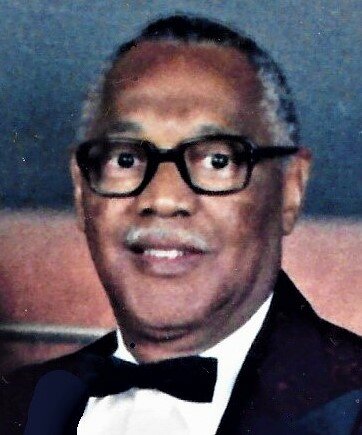 Reflections of Life A SEASON OF BIRTH Charles Ronald Hudson was born on January 4, 1935 in Nashville, TN. He was proud to be the youngest of nine children of Benjamin Franklin and Rachel Tarrant Hudson. Charles was an energetic and talkative child known for roller skating (mostly backwards) through the hills and streets of South Nashville neighborhoods. Charles was a devout Christian being baptized and educated in Christianity at Spruce Street Baptist Church, one of the oldest historical Black churches in Nashville, TN. A SEASON OF LOVE AND FAMILY Charles attended Tennessee State University and met and wooed the love of his life, Nelle Margaret Clardy. After graduating with honors and attending multiple courses to become a navigator in the United States Air Force, Charles and Nelle married. To this union were born five beautiful children, Lisa Yvonne, Gaye Yolanda, Clifton Ronald (Ron), Curtis Regginald (Reggie), and Calvin Ransom (Randy). For 63 years and 352 days, the strength and power of the love between husband and wife was evidenced by their children, their extended family and all the many communities that they served. A SEASON OF MILITARY SERVICE Lieutenant Colonel Charles Hudson was a distinguished, lifetime member of the United States Air Force. He was awarded the rank of 2nd Lieutenant at graduation from college and entered into military service as a navigator in 1957. Being dedicated to his country, Charles received regular promotions first to 1st Lieutenant and on to Captain, Major and finally a Lieutenant Colonel years before he retired. After official retirement in 1980, he served six more years in the United States Air Force Reserve. A SEASON OF CHRISTIAN SERVICE In 1963, Reverend Charles Hudson received his call to ministry. He accepted the call and briefly resigned from the military. He attended the American Baptist Theological Seminary (now American Baptist College) for his divinity degree. He re-entered the military with the rank of Captain and faithfully served six different protestant military congregations beginning in Denver, CO; and ending in Upper Heyford, England. After retirement from the Air Force, he was called to serve at his home church, Spruce Street Baptist. After his tenure there, Rev. Hudson had a vision to take the mission of Christ to the underserved/unchurched/minority communities in Nashville. He was the founder of the Mobile Body of Christ which created a strong Christian family in several community centers of low-income housing. As time passed, Rev. Hudson decided to retire full-time from the ministry and for many years lovingly cared for his oldest brother-in-law. Lakeshore Christian Church in Antioch, TN became Charles’ church home, where he was a Sunday School teacher and visiting pastor until the pandemic lockdown of 2020. A SEASON OF EDUCATION Charles was a champion of both Christian and academic education. He was the co-valedictorian of his senior class at Pearl High School in Nashville. He also received a Doctor of Ministry degree from Vanderbilt University. At Vanderbilt he was actively involved in the activities of the Divinity School holding the office of president of the Divinity School’s Student Cabinet. Dr. Hudson also worked for the Rutherford County School District in Murfreesboro at Oakland High School as an impressive ISS instructor. He was praised for having few return students. This champion of education motivated his children to become outstanding leaders in each of their professions, two of whom received advanced degrees. A SEASON OF REST Charles Hudson was called to glory on Wednesday, August 25, 2021. He truly lived a life of holiness and dedicated service to the Lord. Charles was preceded in death by: his parents Benjamin & Rachel Hudson, brothers Benjamin, Robert and William, sisters Mary and Mabel, daughter Lisa and son Reggie. He leaves to cherish his memory: his wife, Nelle, daughter Gaye (Carl) Fisher, sons Ron (Jo) Hudson and Ransom Hudson, sisters Rae Watkins and Ola Hudson, brother Andrew Hudson, and seven grandchildren, eight great-grandchildren, one great-great grandson, extended family, and friends.
To send flowers to the family or plant a tree in memory of Rev. Charles Hudson, please visit Tribute Store
Thursday
2
September