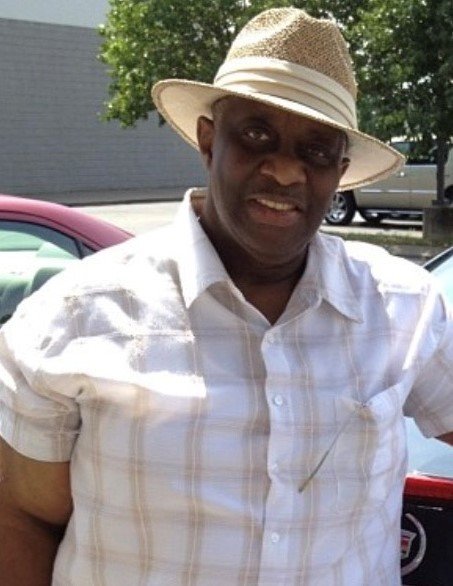 Carl Hubert Carter was born on March 17, 1940 to Cherry Lee Nix Carter and Claude Wesley Carter Jr. in Nashville, TN. He passed peacefully from this life the morning of July 26, 2021 after a gradual decline in health. He was baptized at an early age and was a member of St. Andrews Presbyterian Church through his teen years. Carl was educated in Metro Public Schools and was a 1957 graduate of Pearl High School. After graduating, he joined the U.S. Marine Corp where he honorably served in the Vietnam War. He contributed 13 years of service and achieved the rank of a Sergeant. During his time in the military, he excelled playing football and boxing. After leaving the military, he moved to Cleveland, Ohio where he worked in the metal manufacturing & food retail industry. After retirement, he retuned back to his hometown Nashville in 2002. Carl loved to cook and spend time with his family, especially his grandchildren. He had the greatest sense of humor along with a heart of gold. He always looked out for people with random acts of kindness. He was always a sharp dresser. If anyone knew Carl Carter, they know he did not play about his suits! He was big on respect and honesty. Overall, he was resilient with whatever life threw at him. Carl was preceded in death by his parents Cherry Lee Nix Carter and Claude Wesley Carter Jr., Brothers, Claude Carter, III and Phillip Carter, two Sons; Eric Carter and Carl Steve Carter. He is survived by his devoted daughter Cherry Conway-Carter(Derrick); son, Charles Carter; daughters, Karen Carter and Adrienne Carter; step daughter, Michelle Conway, Grandchildren; Aja Jones, Asha Jones, Kenyea Hambrick, and a host of many more grand children and great grand children; Auntie, Mary Irene Deaderick; Special Cousin; Darrell White; Special Friend; Lynn Wiley and a host of other relative and friends.
To send flowers to the family or plant a tree in memory of Carl Carter, please visit Tribute Store
Sunday
1
August