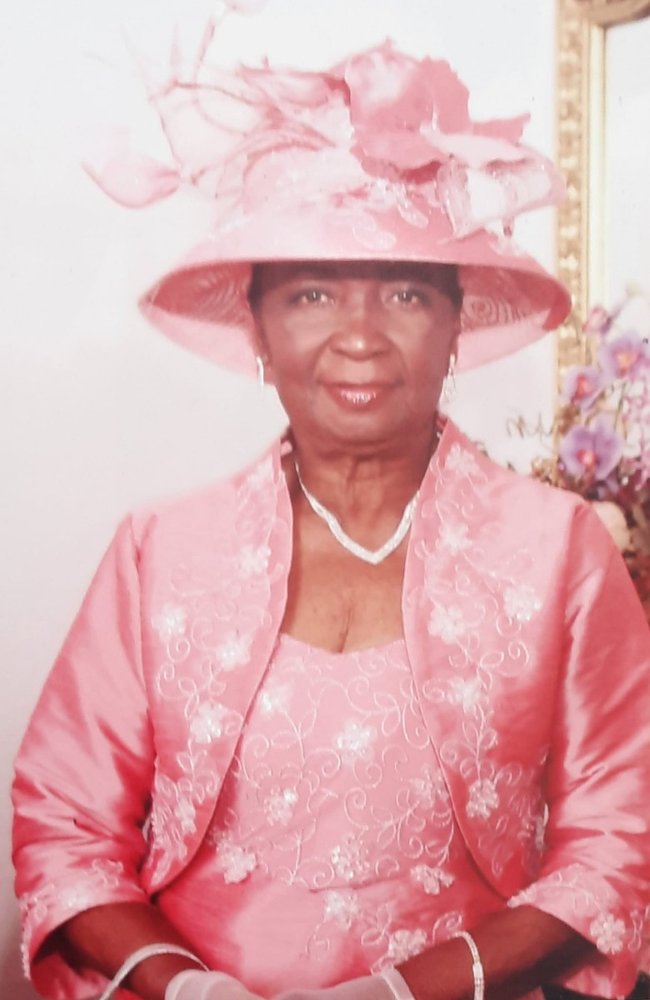 Invocation: May 18th, 1943 – Benediction: July 11th, 2021 “The Lord giveth, The Lord has taken away. Blessed be the name of The Lord!” Not, how did she die, but how did she live? Not, what did she gain, but what did she give? These are the units to measure the worth Of a woman as a woman, regardless of her birth. Nor what was her church, nor what was her creed? But had she befriended those really in need? Was she ever ready, with words of good cheer, To bring back a smile, to banish a tear? Not what did the sketch in the newspaper say, But how many were sorry when she passed away? HER BIRTH Historically speaking, the year 1943 was an active year, one filled with global turmoil and wars. • January 13th, Adolf Hitler declared ‘Total War’ against his allies. • February 9th, Japanese troops evacuated Guadalcanal, ending the epic World War II battle on the Solomon Islands in the Pacific. • March 3rd, The Battle of the Bismarck Sea: Australian air forces devastated a Japanese navy convoy. Then there was May 18th, the day that Allied Bombers attacked Pantelleria, an Italian island 100 km southwest of Sicily, and the day that James Reiher ‘Deuce’, American professional wrestler, was born in Fiji. But across the Caribbean, on an island called Haiti in the province of Port-de-Paix, a fair lady by the name of Rosaly Jadotte was experiencing the wonderful gift of motherhood, which transitioned into time her only child, a beautiful baby girl, whom she named Audette. HER CHILDHOOD Due to unexpected complications during the birth of Audette, Rosaly expired a short time later, leaving Audette as an orphaned infant. But this child, beloved and welcomed by the family was not to be short changed as she experienced a loving, fruitful and productive childhood in the custodial care of her grandmother, aunts and cousins. She spent a short time in trade school for girls, where a passion for sewing and dress making was developed. But her divine call, which she submitted to and accepted early in life, was counseling, and helping people. HER MOTHERHOOD September 15th, 1961 is a truly transformative epoch for her. The birth of her first-born son, Merlin, her Prince had arrived. She later gave birth to her second Prince J. Patrick Jadotte. As circumstances would have it, Audette found herself having to make the hard decision of leaving her home country, in an effort to be able to create a better life for herself and her family. So, in the mid 1960’s she migrated to The Bahamas. The joys of motherhood were further experienced in The Bahamas as she gave birth to her additional children Robert, Serge, Mumose, Trajean, Oslien and Eliette. As fate would have it, this loving, caring, passionate and compassionate mother, who loved all of her children with an everlasting and an enduring love, had to say goodbye to two of her boys, Robert and Serge, as the cold hands of death transported them from time into eternity. A pain and separation that no parent ever want to experience was hers on 2 separate occasions. HER FAITH Audette was not just a believer, but she was a follower of the teachings of Christ. Christianity was not just an affiliation, but it was indeed an affirmation of her purpose. She led an effectual and fervent prayer life. Her children testify of hearing her call their names in prayer on a daily basis. This covering of her off-springs was a constant ritual, even unto the time of her death. She was a connoisseur of the word and was found regularly turning the pages of the script in search of new revelation and understanding. She was proudly able to pass on the convictions of her faith to her children as most of them are actively involved in Christian ministry. They are who they are today because of a praying mother. HER TRANSITION On Wednesday June 16th, 2021, Audette was admitted into the Southern Hills hospital where she remained for about 2 weeks. Upon being discharged she was sent to the Lakeshore Heartland facility for therapeutic assistance to aid her in recuperating to full bodily function. While there, she stopped eating which only served to exasperate an existing cardiovascular issue. On Sunday July 11th, 2021, the angel called death was dispatched from his place of rest with a list of names. Audette’s name was on that list and as much as she loved her children and they loved her; she could not ignore the call. Therefore, she traded time for eternity and said the benediction on a life she lived for 78 years, 2 months and 23 days. “The Lord giveth, The Lord has taken away. Blessed be the name of The Lord!” HER LEGACY In the hope of a sure and certain resurrection, she will be greatly missed and fondly remembered by: CHILDREN – Merlin Jadotte, Jean-Patrick Jadotte, Mumose Ferguson, Reverend Trajean Jadorette, Oslien Jadorte, Eliette Lundy. GRANDCHILDREN – Jaceline Celestine, Alain Celestine, Pascale Cadet, Marc Jadotte, Melissa Jadotte, Justin Jadorte, Tibni Jadorte, Jordan Jadorte, Josiah Jadorte, Joshua Jadorette, Jayshann Lundy, Jason Lundy Jr., Sarah Lundy. GREAT GRANDCHILDREN – Treavon Francis, Ryan Tosca, Isabelle Tosca, Ethan Gentillon, Kaden Jadotte, Zoe Scott. SONS & DAUGHTERS-IN-LAW – Kettlie Jadotte, Rhonda Jadorette, Teresle Rahming-Jadorte, Jason Lundy. CHURCH FAMILIES – Transformacion Diaspora Church of God, Bimini, Bahamas (Rev. Teachelette Pierre); Gateway Outreach Ministry, Bimini, Bahamas (Apostle Gilbert Rolle, Sr.); United Church of God, Bimini, Bahamas (Bishop Edmund Ellis); New Covenant Baptist Church, Nassau, Bahamas (Rev. Trajean Jadorette); Dunamis Outreach Ministry, Nassau, Bahamas (Pastor Kellen Russell, Jr.) The family expresses deep regrets and apologies to anyone whose name may have inadvertently been omitted. Please know that it was not intentional but a matter of human error on our part. We thank you for your continued support and prayers during this our hour of bereavement.
To send flowers to the family or plant a tree in memory of Ms. Audette Jadotte, please visit Tribute Store
Monday
19
July

11:00 am
Community Baptist Church
3838 Dickerson Pike
Nashville, Tennessee, United States
Masks must be worn at all times while inside the building.
Need Directions?
View Map | Text Directions | Email Directions
Order Flowers for Ms. Audette Jadotte's Celebration of Life
Share Your Memory of
Ms. Audette
Upload Your Memory View All Memories
Be the first to upload a memory!
Share A Memory
Send Flowers
Plant a Tree