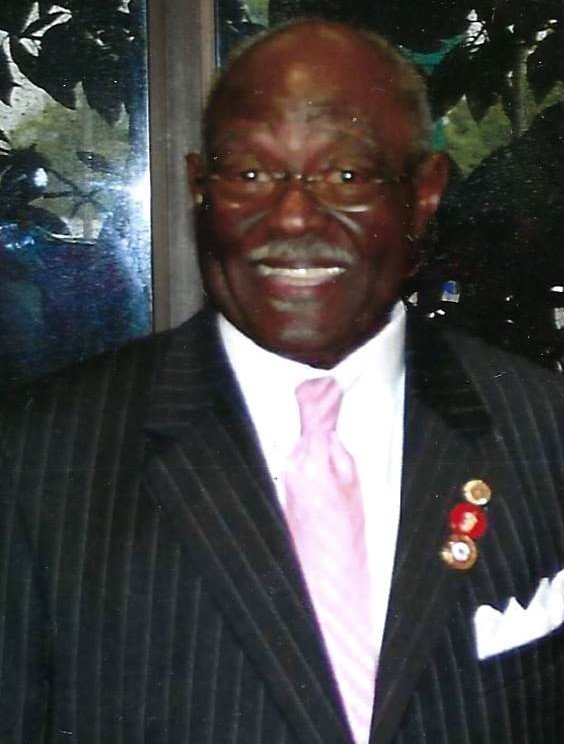 William (Bill) Thomas Haston transitioned from this earthly life to his eternal reward on Friday, June 11, 2021. Born in Fayetteville, Tennessee to Ernest R. Haston and Mattie Ruth Haston on December 26, 1934, Bill attended elementary and high school in Fayetteville, graduating in 1953 from West End High School in Lincoln County. He attended South Carolina State University in Orangeburg, South Carolina on a football scholarship and majored in Industrial Arts Education. After graduation in 1957, he moved to Memphis, TN and taught in area schools for one year. Later he moved to Nashville and began working in Metropolitan Nashville City Schools, where his tenure spanned more than forty years. He began working as the Industrial Arts teacher at Wharton Junior High School and later transferred to North High School as Industrial Arts teacher. He received several teaching awards including Industrial Arts Teacher of the Year. While teaching, Bill began working on his Masters in Education and received the degree from Tennessee State University in 1969. This led to his appointments to Assistant Principal and Principal positions at several schools. He served as Assistant Principal at W.A. Bass Junior High School and Bellevue High School, and later Principal in the North Office at McGavock High School, where he retired in 1994. Also, during his tenure at the schools, he often worked with extracurricular activities such as assistant football coach and adviser to student groups. A man of great faith and high principles, Bill was committed to his family, his religious involvements and his fraternity. Always concerned about providing for and protecting his family, Bill showed great concern for his great aunt Mala Word, his Aunt Willie Mae Vevo, his sister Flossie Kerketta, and his beloved mother Mattie Ruth Haston, all who preceded him in death. In 1961, Bill married the former Ruth Jean Johnson and began an almost 60 year marriage. Their family grew with two children, Anthony (deceased) and Andrea, and a granddaughter Brittany. He was also mentor and adviser to many nieces, nephews, and cousins. Bill enjoyed sports and spent much of his free time on the golf course, earning the nickname “Tiger Woods” with his family. He even participated in the tournaments and usually walked away with a prize. Bill was no stranger to the open road either. He enjoyed a good road trip to visit friends and family. He was interested in visiting cities to see what they had to offer. One stop he would make would be to a local museum to view black history. He was very excited about his trip to the new African American Museum in Washington, D.C.; viewing history up close and personal was very important to him. Bill professed his faith in God at an early age at the Church of God in Fayetteville. After moving to Nashville, he attended several churches over the years, and currently was a member of Gordon Memorial United Methodist Church, where he has served on several committees and ministries and served as a trustee. Always a vocal member of his church school class, Bill was a regular attendee and enjoyed lively discussions of the readings and Biblical texts. In addition to church groups, he was a dedicated member of the Men’s Tuesday Bible Study group that met at members’ homes. Always willing to provide service to those in need, Bill was involved with many projects and groups to help others. For example, while in college he served with the Young Men’s Christian Association. He continued to work with groups of students as a mentor or adviser while teaching in the schools. While a student at South Carolina State, Bill was initiated into Kappa Alpha Psi Fraternity in 1954. In his more than 68 year commitment to service through his fraternity, Bill served in many capacities. As an undergraduate, he became the Vice Polemarch, Polemarch, Dean of Pledges at Alpha Lambda Chapter, and Vice President of the Pan Hellenic Council. He also served as President of the Senior Class. After graduation, he joined the Nashville Alumni Chapter and serve on various committees and as Vice Polemarch, Polemarch, and on the Board of Directors. While an officer in Nashville Alumni Chapter, he helped initiate the Kappa Kat Basketball Team, establish the Guide Right Foundation, initiated several other programs and scholarships, and worked with other Nashville service organizations to encourage voter registration. Brother Haston was the recipient of many awards and commendations over his many years in Kappa Alpha Psi. The Nashville Alumni Chapter named the room in the Fraternity House in which chapter meetings are convened “The William Haston Meeting Hall.” Most recently, he was honored by the Nashville Alumni Chapter with the Lifetime Achievement Award “ for many years of service, dedication and commitment rendered to the Chapter.” Bill leaves a legacy of love, commitment, and service which will be cherished by his family and friends. Among those left to cherish his memory are his beloved wife, Ruth Jean Haston; his devoted daughter, Andrea (Rodney) Jones; his loving granddaughter, Brittany (Vernon) Williams; great- granddaughter Zyla and great-grandson Vernon, III; devoted cousin Everett (Pam) Stone; cousins Joseph, Patricia, and Jerry Baker; a host of other cousins, nieces and nephews; a devoted friend, Joe Ransom; fraternity brothers of Kappa Alpha Psi Fraternity; and many, many friends.
To send flowers to the family or plant a tree in memory of William Haston, please visit Tribute Store
Friday
25
June