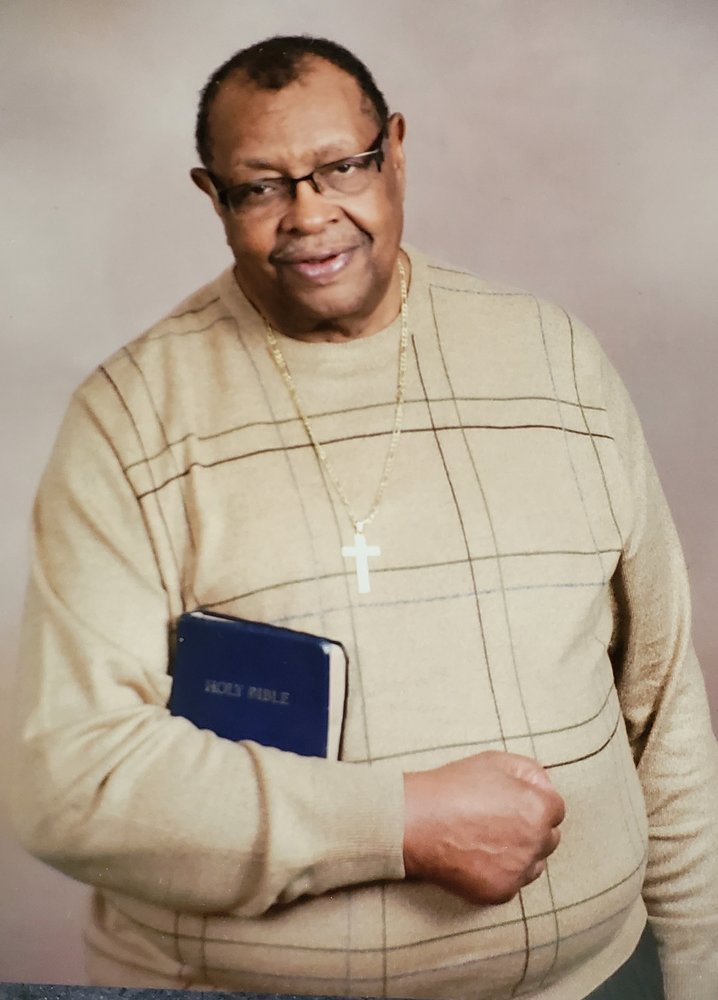 Joe Louis Holder was born May 25, 1936 to the union of Alberta Shaw and Preston Holder. He graduated from Union High School in 1956. He excepted Christ at an early age. He worked in masonry and was later employed by Western Electric now known as AT&T until he retired. Joe departed this life on May 2, 2021. Joe loved spending time with family and friends. He enjoyed traveling, sports (especially TSU and Titan Football). He had a passion for music and was part of a musical group Called the Commander (formerly the Markeys) for many years. He was a member of The National Brotherhood CB Operators of America and The East Star Lodge #1. His passion for gardening and lawncare became a side hustle for many years, his love of cooking and enjoying good food and meeting new people, had him helping out his friends and owners of Mary’ Pit Bar B Que. Most of all his passion for the Lord, his church and his family always kept him full of joy. He attended and was a member of John Wesley Methodist Church and later joined Gordon Memorial United Methodist Church and became an active member, alongside his companion in life, Barbara Jean Morrow. Joe was an active member of United Methodist Men at Gordon Memorial United Methodist Church. Joe was a “good ole country boy” at heart; he was a good and kind neighbor to all, and he never met a stranger. He was great storyteller and enjoyed sharing his life’s journey (good and bad), if it would help make yours or someone else’s journey a little bit easier. He was a great care giver, friend, and confidant whenever he was needed. Joe was preceded in death by parents Preston and Alberta Holder, brothers, Howard (Mamie) Holder, Fred (Lethia) Holder, sister Allie Holder and his loving companion Barbara Jean Morrow. Living on to cherish his life are his daughter Jennifer (Timothy) Cole, son Niles ( Lolita) McHenry, granddaughters Nicolette Cole, Jessica Cole, Skylar McHenry and grandson Niles McHenry, Jr, Nieces, Brenda (Harry) Gilmore and Alice Bernice Holder, great niece, Erica Gilmore and great-great niece Anyah Le Gilmore, Nephew William Woods, great nephew Raymond Arceneaux, great-great nephews, Preston and Chandler Arceneaux, extended family that made him proud and joyful, Justin Gilliam , Ariel Richardson and Kennedi Richardson (who lovely called him PaPa), along with a host of devoted cousins and friends who checked on him and cared for him including Brenda Bridgewater, Leona Shaw-Crummell, Cousins from the Holder, Shaw and Watkins Families, Peggy Burns, Darnell McHenry, Dewayne Hartman. Delores Richardson, Lorenzy Snell, Jr., Cheryle Morrow Hartman, Harold Richardson Jr, (Chip), Charles H. Fite, IV (Chuck), and many other family, longtime friends, classmates and neighbors.
To send flowers to the family or plant a tree in memory of Joe Holder, please visit Tribute Store
Thursday
13
May