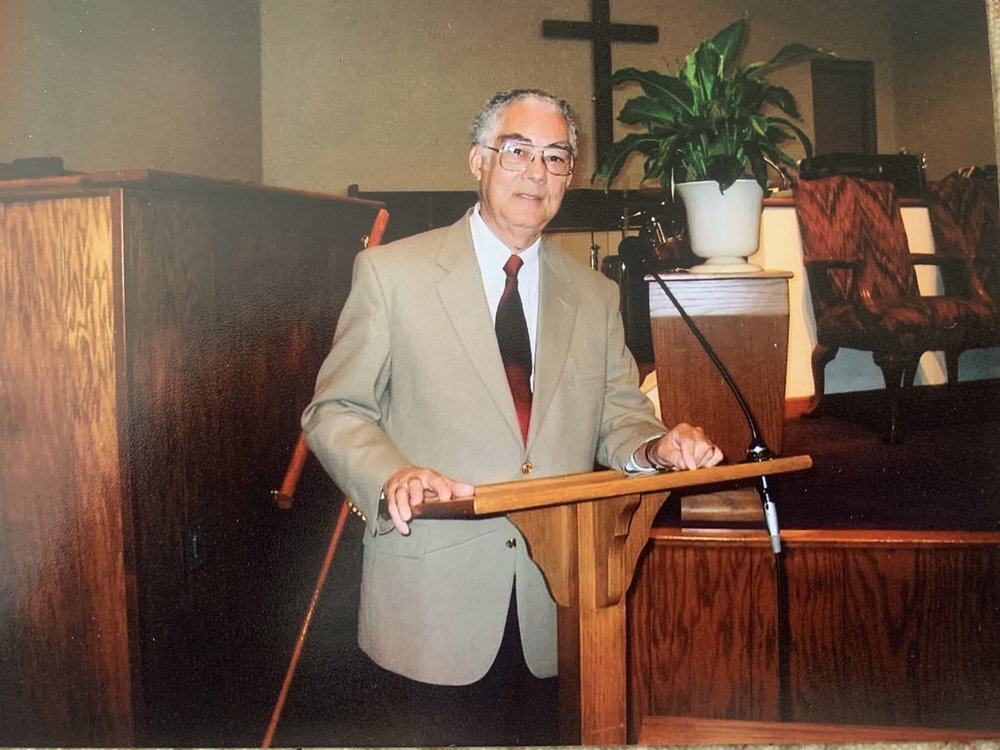 William Theopolis Briggs, Sr. Research Biologist Mr. William Theopolis Briggs, Sr, age 85 of Nashville, TN, died April 23, 2021.Mr. William T. Briggs was born June 17 1935, to Lizzie Wilson and Willie Briggs in Huntsville, Alabama. He was the eighth of ten children. His family moved to Fayetteville, TN when he was three years old. He grew up on a farm his parents proudly owned on Molino Road south of Fayetteville. He received his early education in the Lincoln County Schools graduating from West End High School in 1954, as the Valedictorian of his class. William attended Tennessee State University receiving a B.S. degree in Biology, and his M.S. degree in Zoology. He later attended Vanderbilt University working toward his Ph.D. in Development Biology; however, he did not finish this degree. He worked as a Research Assistant at Vanderbilt University Biochemistry Department for 6 years; then as a Research Biologist at the Nashville Veteran Administration Medical Center for 28 years. Since retiring from the VA, he has obtained his real estate license and became a relator in residential sales. His greatest disappointment in his career was that he was not able to gain admission to medical school. He attempted twice and narrowly missed being accepted. William decided to follow and to make Jesus Christ his choice at a very young age while attending Solomon Chapel A.M.E. Church in Fayetteville. It was at this church, he learned how to play the piano. He played for the choir until he graduated and left for college. William united with Greater Bethel A.M.E. church in Nashville in 1975. William was a talented musician, he played both piano and organ; he frequently served as pianist and organist for various churches throughout the city, and at one time for the male chorus at Bethel Church. During his service at Greater Bethel Church, he served in the position of Sunday school teacher; Sunday School superintendent; steward, receiving the honor of steward emeritus after 30 years of service; Vice-Chairman of the steward board; administrative assistant to the Pastor; class leader; director of Christian Education, receiving the honor of Director of Christian Education emeritus after 23 years of service; and served as the South Nashville District Superintendent of Sunday School. William will be especially remembered for this quick wit of storytelling during his numerous presentations at the church altar call moments. This ability allowed him to bring real meanings to the message that he was trying to convey. William is survived by his wife, Carolyn Craig Briggs, whom he met in 1955 while attending Tennessee State University. They were married on April 12, 1959. He is also survived by two sons William Theopolis Briggs, Jr. (Madeline) of Bordentown, NJ and Roy Myron Briggs of Chicago, IL; three grandchildren, Anais Briggs, Daria Briggs, and Jonathan Briggs; brother; Milton Briggs (Barbara); Numerous nieces and nephews. He was preceded in death by his son, John Byron Briggs.
To send flowers to the family or plant a tree in memory of William Briggs, please visit Tribute Store
Thursday
29
April

11:00 am
Robert E. Lewis Memorial Chapel
2500 Clarksville Pike
Nashville , Tennessee, United States
Masks must be worn at all times while inside the building.
Need Directions?
View Map | Text Directions | Email Directions
Order Flowers for William Briggs's Celebration of Life
Share Your Memory of
William
Upload Your Memory View All Memories
Be the first to upload a memory!
Share A Memory
Send Flowers
Plant a Tree