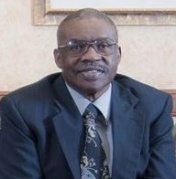 Preston Eugene Bronaugh was born in Stanton, Tennessee on January 21, 1953. His parents were Gilmore Bronaugh, Jr. and Maurine Jarmon Bronaugh. Preston was a smart and privileged little boy, and he was fortunate to have advantage of loving grandparents, uncles, aunts and cousins, all of whom willingly shared their talents with him, because he was both playful and competent. Throughout his formative years, he attended Sunday School, Vacation Bible School, and military dependents’ churches wherever the family were stationed. Preston’s background was varied. For one thing, although his birthplace was in the country, he was a city boy, attending kindergarten when many people did not do so. His military father was the reason that he lived and attended school in several places, including Columbus. Georgia, LaRochelle, France, Bremerhaven, Germany, Frederick, Maryland, and Somerville, Tennessee. He graduated from North Nashvile High School in 1971. He enlisted in the U. S. Army and did a tour in Thailand during the Vietnam War era. He achieved honors in marksmanship as well as continuing his education. He was an avid fan of the martial arts, he loved reading, he loved sports, and he played chess. He was always up for a challenge and fairly confident in his abilities. Preston was a spiritual and worshipful man. He attained membership at Fourteenth Missionary Baptist Church, where he sang in the choir. Preston was the second among three children. His sister is Dr. Laura Jarmon (Marvin) Sanderlin, and his brother is Alfred T. (Dr., Elsie) Jarmon. Preston is also survived by nieces and nephews: Brandi, Camrien, Kalyn; Alfred, Jr. (Joi), Malachi, Allison; Nathan (Aisha), Ayla, Nya; Amber, Azaria, and Xavier; and Bebe. Laura and Marvin’s children are: Kandice, Lamar, Jeffery, Kalila, and Landon; Jeremi; Matthew (Twanda), Mekhi. Austin, and Parker Rose; and Joseph. Preston’s uncles and aunts who preceded him in death were Elvin (Minnie) Jarrmon; Obie, Sr. (Wilma) Jarmon; Lillie (George) Buford; Juanita Ransom; and Lucy Jarmon. Preston’s surviving aunts and uncles are: Rufus (Ruby) Bronaugh, Sr.; Earnestine (Cecil) Dowell; Minnie (William) Patterson; Shirley Rayford; Robert Jarmon; John Jarmon; and Gwendolyn (Thomas) Watson. A host of cousins and friends cherish his memory. Public Walk Through will be held Friday, April 23, 2021 at Lewis & Wright Funeral Directors from 2:00 - 4:00 p.m. at Lewis and Wright Funeral Directors. Celebration of Life service will be held Saturday, April 24, 2021 at 1:00 p.m. at 14th Ave. Baptist Church, with family visitation held from 12 noon - 1:00 p.m. Please keep the Bronaugh family in your thoughts and prayers.
To send flowers to the family or plant a tree in memory of Preston Bronaugh, please visit Tribute Store
Friday
23
April