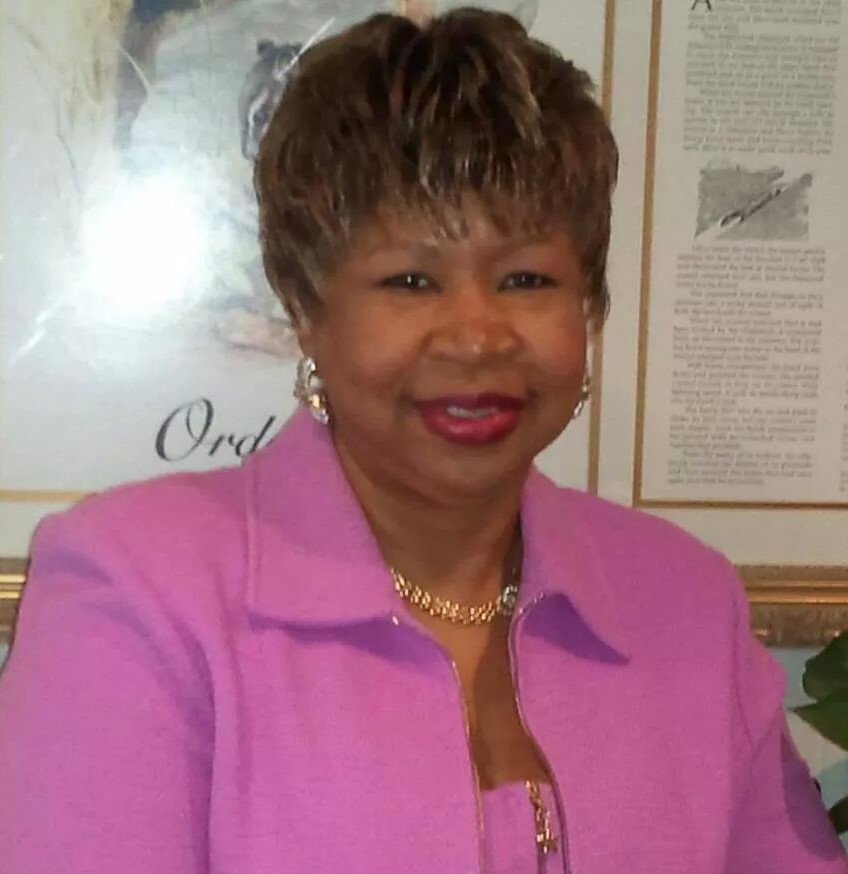 Edna Maria Brown, affectionately known as "Peaches", was born on December 25, 1950, in, Shelby County, TN, as the firstborn of seven children to the union of the late William Henry Brown, Sr. and Mrs. Carlee Dewillia (Brown) Pettis. Later the family was blessed to add six additional children. “Peaches" attended Leath Elementary School, Porter Junior High School and graduated from Booker T. Washington High School, Memphis, TN. She is an alumnus of LeMoyne-Owen College, Memphis, TN, receiving a Bachelor of Science Degree (Mathematics). She subsequently received a Master of Mathematical Science Degree from North Carolina Central University, Durham, NC. “Peaches" accepted Jesus Christ as her Lord and Savior at an early age and shared His Love with everyone she met. As a youth she was a member of the historic Pentecostal Temple Institutional Church of God in Christ (COGIC), Memphis, TN, under the leadership of the late Bishop J.O. Patterson, Sr., where she sang and traveled with the youth choir, and served in various roles within the church. “Peaches” was widely known as “the girl that played the drums”. As she matured naturally and spiritually, “Peaches” became a skilled percussionist and recorded with great accomplished gospel recording artists, notably, Shirley Caesar. After college, life and career allowed her to broaden her horizons, providing the opportunity to live abroad in Italy. Regardless to city or state, Peaches always found her home working in the church. Peaches was a member of the legendary EC Reems Women’s International Ministries strategic planning committee. This team achieved monumental feats of greatness as its conference size grew to more than 10,000 participants annually. As a foundational member at The Pentecostal Tabernacle COGIC (Cathedral of Faith), and Born-Again Church, Nashville, TN. “Peaches” connected with both ministries were in their infancy and early inception. Her industrious contributions to these ministries sparked the lifelong commission to cultivate and deliver strategic church leadership training. As her corporate career blossomed, she moved to North Carolina and while there served at the Wells Memorial COGIC, Greensboro; While in Chicago, Illinois; The Wheaton Christian Center, Carol Stream, and Faith Deliverance Christian Center, Warrenville. Her final corporate move was to Birmingham, AL where she once again aligned with ministries destined for greatness such as Faith Chapel Christian Center (Faith Chapel), and Mt. Canaan Full Gospel Church (MCFGC). During her tenure at these ministries Peaches developed and implemented departments of Christian Education, which included training for hundreds of pastors, ministers, staff, and members. While serving at MT. Canaan she realized the pastoral vision and accelerated the development of a spiritual support network for more than 30 pastors and churches through coordination and management of the Covenant Pastors Fellowship. “Peaches” was the benefactor of many unspoken benevolent acts of kindness for those who sought her counsel. Upon moving back to Nashville, TN, she rejoined Cathedral of Praise (COGIC) and continued her quest to support pastors and leaders. Even as she faced her owned physical challenges Peaches continued to teach, train and influence others in a valiant effort to fulfill her God-given call. “Peaches” was gainfully employed as an Engineer at AT&T BellSouth for over 25 years, retiring in 2001. In addition to her many years of fulltime ministry, in 2018 “Peaches” joined the executive staff of Bentley Miller & Company, Inc. where she was appointed to the board of directors and served as Chief Administrative Officer. Her intellectual prowess was immense, and her leadership proffered calm, articulated resilience every day. Peaches transcended ordinary…she was a prolific writer, well-traveled, refined, extremely creative, keenly aware, had impeccable taste, loved music (all genres), especially smooth gospel jazz, and encouraged everyone she met to DANCE! But most importantly, Peaches loved God, Family, and her Friends. On Sunday afternoon March 21, 2021, as “Peaches” transitioned, and the heavenly doors opened to receive her precious soul. Edna “Peaches” Brown was preceded in death by father, William Henry Brown, Sr. and her sister, Pamela Anita Brown. She leaves to cherish her memory, her devoted mother, Mrs. Carlee Dewillia Brown-Pettis of Memphis, TN; four sisters, Ms. Linda Paulette Brown and Mrs. Algenor Brown-Robinson (Gerald Robinson, Sr.), both of Nashville, TN; Ms. Cassandra Faye Stitman and Ms. Elisha Kierra Williams, both of Memphis, TN; six brothers, Mr. William Henry Brown, Jr., Mr. Reynoil Cassett Brown, brothers, Mr. Sammy Pettis, Mr. Eugene Pettis, Mr. Jerome Pettis, all of Memphis, TN; and Sgt. Travis Pettis of Columbia, GA, her beloved God-son, and nephew, Gerald Robinson, Jr., Dijon, France and a cloud of witnesses of her love and grace that includes God-children, nieces, nephews, cousins, other relatives and friends.
To send flowers to the family or plant a tree in memory of Edna Brown, please visit Tribute Store
Sunday
28
March

12:00 pm
Cathedral of Praise Church of God in Christ
4300 Clarksville Pike
Nashville, Tennessee, United States
Masks must be worn at all times while inside the building.
Need Directions?
View Map | Text Directions | Email Directions
Order Flowers for Edna Brown's Celebration of Life
Share Your Memory of
Edna
Upload Your Memory View All Memories
Be the first to upload a memory!
Share A Memory
Send Flowers