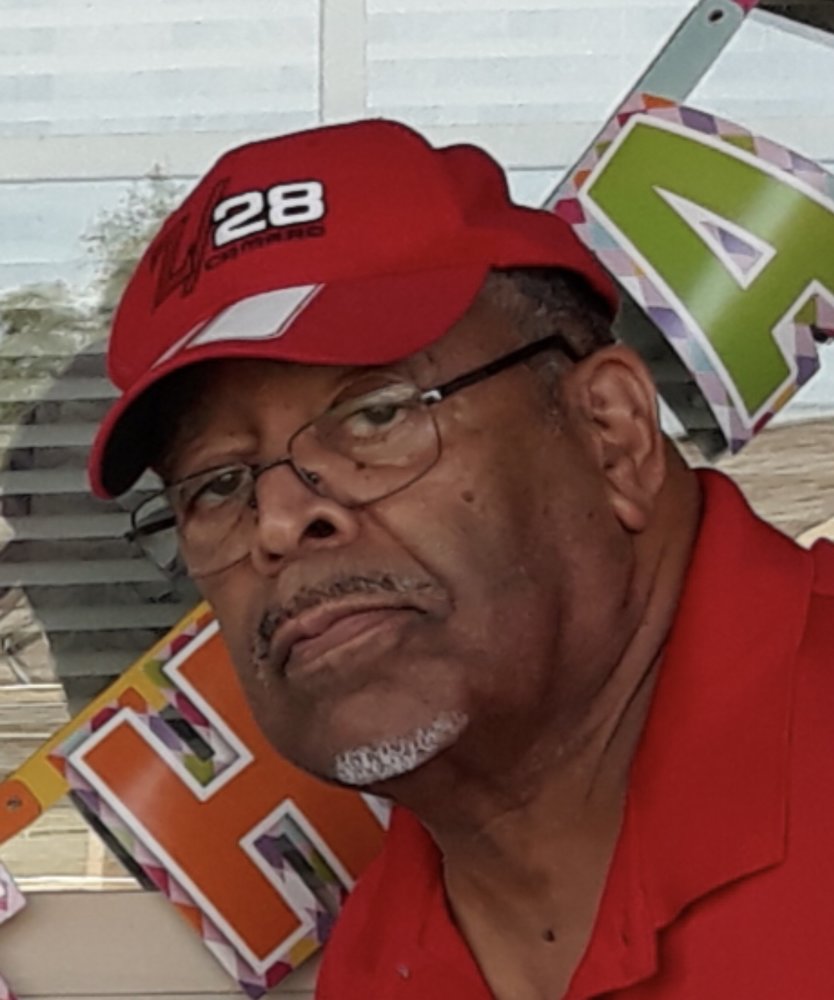 On Monday evening, January 11, 2021, the Angel of mercy called our loved one, Earl Wayne Garner, an anointed encourager, to his heavenly home. God’s finger touched him, and he slept. He was immediately ushered by the angels into the presence of God to enter into his eternal rest. He was born to the late Gladys Garner and John Walter Bentley on August 8, 1949, in Huntsville, AL. He was lovingly raised by Willie and Irene Oglesby, great uncle and maternal great aunt, who served as his parents from infant to adulthood. He was known as “Wayne” by his classmates when he attended the public schools of Nashville, Davidson County, Tennessee. He graduated from Pearl High School, Class of 1967. Having determined the course for his life, he enlisted in the United States Air Force shortly after graduation. He made a career serving faithfully for 30 years and retired with full military honors in 1990. Realistic in his outlook, Earl Wayne faced life with courage and strength. He had a wonderful zest for life and a smile for everyone he encountered. He was a shining example to anyone he met on his life’s journey. Earl Wayne was a godly man who loved the Lord and was a faithful member of Community Church of Hendersonville, Tennessee, where he cheerfully worshipped on Sunday mornings alongside his wife. He was a generous man with a big heart. He was always willing to lend a hand to those in need. He was a devoted husband to his wife, Gwendolyn, whom he loved and adored. He always referred to her as his “Soulmate” and “Best Friend.” He will be most remembered for his contagious sense of humor. He livened up many a family gathering with his funny jokes and pranks. He inspired all of his family, especially the young children he liked to tease, his friends and the numerous people he served on his public job as a patient transport driver. He believed it was his calling from God to care for others. To all that knew him, Earl Wayne was readily available to share love, praise, wisdom, honesty and understanding. We have all grown in the light of his life and been touched by his warmth, straightforwardness, emotional spirit and love. There can be no replacement for his full life of shared joys, commitments and selflessness. Earl Wayne was preceded in death by his mother, Gladys Garner; father, John Walter Bentley; grandmother, Minnie Ree Garner; great uncle, Willie E. Oglesby; brother, Larry Duncan; sisters: Raynale Jenkins, Terry Penigar, Cynthia Gray Reese; stepson, Charles (Tee) Childress III; and step-grandson, Aaron Thomas Paul Patton. Earl Wayne leaves to cherish his memory his devoted wife, Gwendolyn Garner; son, Antonio Garner; great aunt, Irene Oglesby, Huntsville, AL; siblings: Patricia Machen, Theresa Duncan, Lisa Duncan, Carolyn Guthrie, Nashville, TN, Gale Duncan, Wadsworth, IL; Michael Duncan, Sidney (Lori) Gray, Nashville, TN, Donald (Sharon) Oglesby, Snellville, GA; sister-in-law, Sylvia Webster, Nashville, TN, brother-in-laws: Larry (Ann) Howse, Gary (Margaret) Howse, Jerome Davis, Nashville, TN; step-daughter, Consuela Nicole Patton, Dallas, TX; step-sons: Stacy Thurman Baldwin, Huntsville, AL, Phillip (Renee) Murphy, Nolensville, TN, Casto (Kimberly) Murphy, Murfreesboro, TN; step-grandchildren: Markus (Bud) Earle Baldwin, Frisco, TX, Elayne Denesia Patton, Dallas, TX, Micah Murphy, and Makayla Murphy, Nolensville, TN. A loving great aunt, Earline Oglesby, Nashville, TN. A host of nieces, nephews, cousins, other relatives and friends. Public Walk Through will be held Sunday, January 24, 2021 from 12:00 noon until 2:00 p.m. at Lewis & Wright Funeral Directors. Celebration of Life Service will held Tuesday, January 26, 2021 at 12:00 at Community Church of Hendersonville, 381 West Main Street Hendersonville, TN 37075. Funeral Service will be available for viewing on Facebook Live Stream: Facebook page: Lewis-Wright FD Live Streaming will begin at 12:00 noon.
To send flowers to the family or plant a tree in memory of Earl Garner, please visit Tribute Store
Sunday
24
January