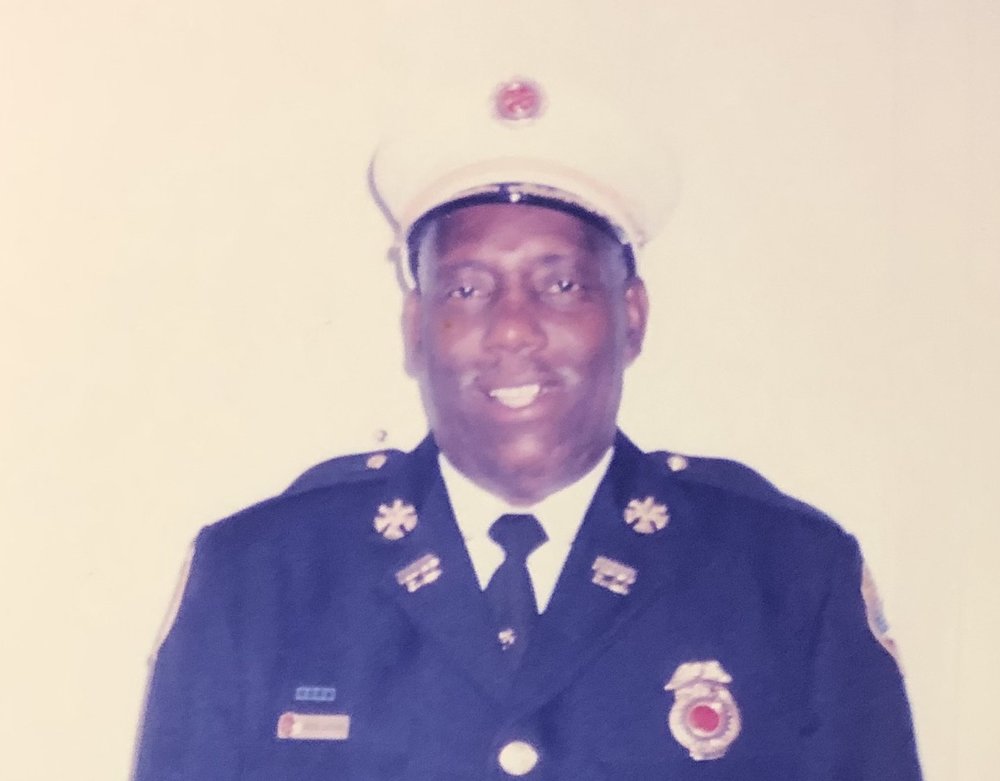 Boyce Edward Wilkins, Sr., affectionately known as “Rooster,” was the second of eight children born to Boyce Bentley Kinnard and Pearlie Louise Ferguson. He transitioned to his celestial home on Monday, January 4, 2021. He was educated in the Nashville Davidson County public school system and graduated from Pearl High School in 1961. While at Pearl High, he displayed a plethora of talents to include playing the saxophone, participating in track and field, and performing as a “half-timer.” However, the pinnacle of his high school experience was meeting the love of his life, Marion. They were united in holy matrimony on October 21, 1962 and remained married for fifty-eight years. To this union, two children were born: Lucretia Boycelle and Boyce Edward, Jr. Boyce, Sr. “Rooster” professed a hope in Christ at an early age. He united with Capers Memorial C.M.E. Church at the age of seven and remained a member over fifty years. He was a member of the Choir, Usher Board, Finance Committee, and Steward Board. On July 30, 2017, he united with Berean Baptist Church where he sang with the choir and served as a mentor and friend to many. “Rooster” had a tremendous work ethic. He worked for the Metropolitan Nashville Fire Department for thirty-seven and one half years where he ascended to the rank of District Fire Chief. He was employed by Sears and Roebuck Company as a part-time employee for twenty-seven and one half years. He always displayed a love for everyone and that love was evidenced through his sixty years of service in the funeral industry; he faithfully worked with his father-in-law and mother-in-law at Johnson’s House of Atena for forty-six years and one half years and at Lewis and Wright Funeral Directors for fourteen years. He leaves to cherish his memory, his loving wife Marion Lutricia Johnson Wilkins; daughter, Lucretia Boycelle (Earl Gaines, III) Woods; son, Boyce Edward (Tonya) Wilkins, Jr.; grandchildren, JauNae Ceauntellle Wilkins, ChauNae Jettiele Woods, Randall Jovon Wigfall, Boyce Edward Wilkins, III, Bryson Edward Wilkins, Erica Renee Perry, Edwina Nicole Perry; two great-grandchildren; Kameron Amir Wilkins and Amaya Zuri Monley. Sisters; Elexzine Inman Batey and Sandra Inman. Brothers; James Willie Inman, Paul Alonso Inman, and Willis Lamont Inman; sisters-in-law, Starlene Taylor, Leslie (Landson) Drummond, Teresa (Jiendesha) Hatton, Charmaine (Ralph) Hill, Linda Johnson; brother-in-law, Wlliam, Jr. (Wanda) Johnson. A host of nieces, nephews, cousins, and numerous dear friends. The Family of Lewis & Wright Funeral Directors extend our prayers and expressions of love to the entire Wilkins family. -Ecclesiastes 3 1:8 To every thing there is a season, and a time to every purpose under the heaven: A time to be born, and a time to die; a time to plant, and a time to pluck up that which is planted; A time to kill, and a time to heal; a time to break down, and a time to build up; A time to weep, and a time to laugh; a time to mourn, and a time to dance; A time to cast away stones, and a time to gather stones together; a time to embrace, and a time to refrain from embracing; A time to get, and a time to lose; a time to keep, and a time to cast away; A time to rend, and a time to sew; a time to keep silence, and a time to speak; A time to love, and a time to hate; a time of war, and a time of peace.
To send flowers to the family or plant a tree in memory of Boyce Wilkins, Sr., please visit Tribute Store
Saturday
9
January