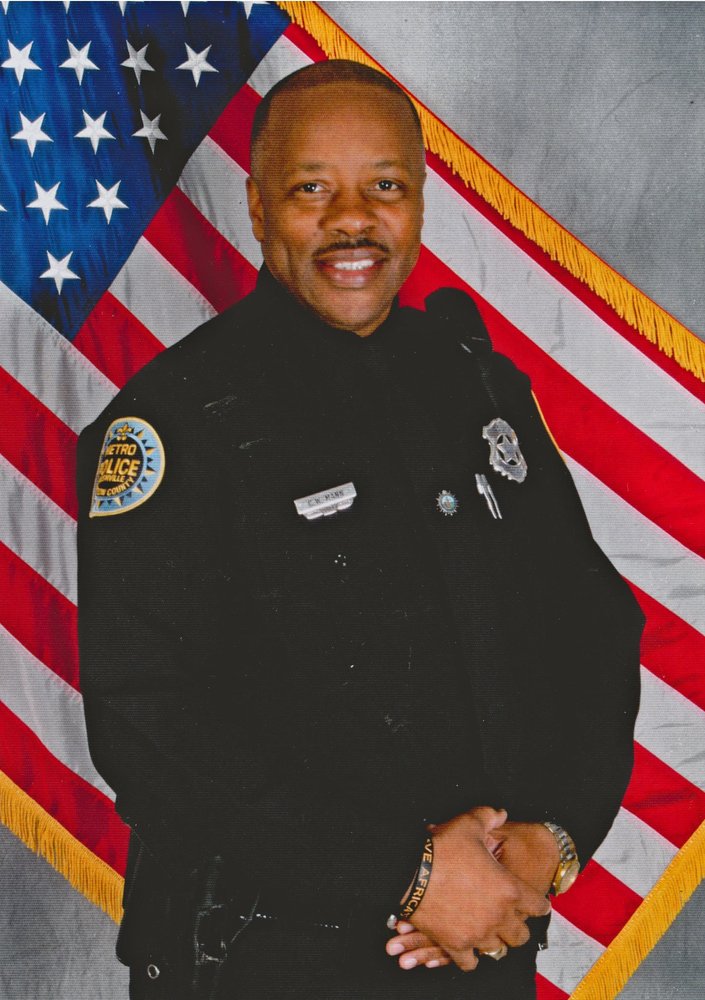 On December 28, 2020 at 3:31 p.m., Brother Claude Mann stepped out of the fellowship of this life and enter the glorious fellowship of Christ. He is at peace now and rejoicing in his happy heavenly home. Claude Mann was born on November 18, 1956 in Brownsville,TN to the late James Wilbur Mann and Lollie Mann. He was the third born of seven children. Claude accepted Christ at an early age and was baptized at the Woodlawn Missionary Baptist Church where he was part of the Usher Board. He was a loyal and faithful member and actively participated in all church activities. In later years, he joinedTheVictory Church, and was very active with the Greeters and Security Ministries. He was a 1974 graduate of Haywood High School where he was one of the first African American Tennis players. He then attended Tennessee University where he played the saxophone, and became a part of the Aristocrat of Bands where he was a leading drum major. He was inducted in Zeta Alpha Chapter of Phi Beta Sigma Fraternity, Incorporated where he was the cornerstone of teaching brothers how to step. At the time of his passing, he was an active member for 45 years with the Eta Beta Sigma Graduate Chapter. Claude graduated with a Bachelor of Science Degree in Plant Science. His first employment upon graduation was as a forest fire fighter in Oregon with the National Forest Service. He later became a soil scientist in Aiken, South Carolina with the Department of Agricultural. He was a 30 plus year veteran of the Metropolitan Nashville Davidson County Police Department. Claude was a member of the National Fraternal Order of Police, Voting Delegate for Davidson County Tennessee, 30 plus years for the TSU Aristocrat of Bands security detail, the National Black Peace Officers Association and 30 plus years as security for Citizens Bank. His hobbies include following Tennessee State University “Big Blue” football team. He also was a fan of the Tennessee Titans, and was a Private License Holder (PSL) and attended over 25 Super Bowls. He loved his family and enjoyed spending memorable time with them, especially hearing his mother Lollie sing. He also enjoyed going to various events and dressing up with his Stetson cowboy hats. Preceded in death by: his father, James Wilbur Mann; brother, John Gregory Mann, and grandson, Christopher Jordan Currie. Claude leaves to cherish his memories, three daughters: Akiba Mann of Brownsville,TN, Christine Aiken of Hilton Head, SC, Chloe’ Mann of Houston,TX; his mother, Lollie Mann of Brownsville,TN; three sisters:Virtress Lynn (Jack) Boatwright of Atlanta, GA, Charlotte Mann of Goodlettsville,TN, and Dollie Estelle (Robert) Wells, Mullica Hills, NJ; two brothers: Clifford Mann of Nashville,TN and Clayton Mann of Brownsville,TN; Grandchildren: Jeremy Barron, Laila Hayes. Great grandchild: Khloe Currie; Nieces and Nephews: Shannon Mann-Faye, Ashley Mann, Augustus Mann, Jelani Moore and Joseph Wells, Kaleb Hall, and Macy Hall; God daughters: Nikki McClendon and Ne’Tanya Young; step- son: William “Bill” Taylor;Special friends:Pamela Burgess, Willie“Shampoo”Perry, Allen“Bodacious”Jackson,Jr.,Milton Pirtle, Jean Elkins, and a host of other friends and church family.
To send flowers to the family or plant a tree in memory of Claude Mann, please visit Tribute Store
Saturday
2
January