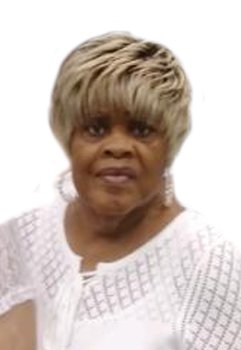 On December 27, 2020, Paulette departed this life for the most wonderful life with Christ.  Preceded in death by her husband Willie Wharton, sons Marcus Jackson and Michael Jackson. Brother Charlie Parker and parents Clara Harris and Charlie Parker Sr.  Survived by son Kenneth Jackson, sisters Ruth Price(Edward-deceased) Olivette Parker, Barbara Parker Mays(Bruce), Patricia Corley(Clark Harris), Cathy Barnhill, Tawana Coley, Charlotte Parker Sweeney, Charlie McMurray. Brothers John Parker(Bernice) Curtis Appleton. Sister in-law Lentora Parker. Aunt Olivette Smith. Host of grandchildren, great grand-children, nieces & nephews and other relatives. Best friends Jackie Perry & Diane White. Paulette was one of nine children born to Clara and Charlie Parker and also a twin to Olivette Parker. She grew up in Nashville, attended public schools, worked for the state, married and raised three boys.  She gave her life to Christ at an early age and made King Solomon MBC her home church under the founder Morgan Babb, where she was the choir director.  Paulette left Nashville in 2000, to make Fort Wayne, In her home town. In Fort Wayne she was welcomed into several homes as a family member. There Paulette had several special friends, but Erica Martin, Callie Bates and Janis Morgan were like sisters to her. Susan Bennett was like a daughter. Paulette worked as a licensed beautician while in Fort Wayne.  She joined Haven Missionary Christian Church in 2001 under founder Pastor Isiah Meriwether Sr.  The family of Paulette wishes to thank everyone for their prayers, calls of condolences and thoughts. Special thanks to her granddaughter Ashanti Jackson.
To send flowers to the family or plant a tree in memory of Paulette Wharton, please visit Tribute Store
Thursday
7
January