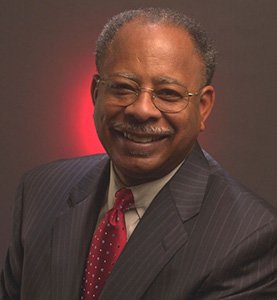 Nashville – Samuel Houston Howard, age 81 of Nashville, Tennessee died on July 10, 2020. Howard himself always knew what he was and whose he was. He was a man; a man who did not allow words to define him; a brilliant businessman, who used his natural abilities, his extensive formal education, his Christian faith, and his business experiences to rise to the top and help others in the process. Sam Howard, born in Marietta, Oklahoma graduated with a Bachelor’s in Business Administration from Oklahoma State University (OSU) and a Master’s in Economics from Stanford University. His career included being a White House Fellow under President Lyndon Johnson, Vice President of Finance and Business at Meharry Medical College, Vice President and Treasurer of Hospital Corporation of America (HCA), Founder and Chairman of Phoenix Healthcare (later called XANTUS Corporation) which was a Medicaid MCO, and later numerous entrepreneurial ventures under Phoenix Holding Corporation. While at XANTUS, Howard’s company was taken into receivership, but he was later absolved of all wrongdoing by the Federal judge. In addition, he owned and operated radio stations - WVOL and 92Q (WQQK) in Nashville, Tennessee and WTPK in Topeka, Kansas. Sam was known for giving back to the community with his time, talents, and finances. He was the first African American Chair of the Nashville Chamber of Commerce. He served on and chaired numerous nonprofit and Corporate boards both locally and nationally including Easter Seals of America (National Board Chair), National Urban League (Southern Region Trustee), Nashville Electric Service (NES), O’ Charley’s Inc., Genesis Health Ventures, Federation of American Health System, Financial Executive Institutes, and Leadership Nashville Foundation. In addition, he chaired the Urban League of Middle Tennessee, served as a trustee for Fisk University for ten years, was elected a member of the Nashville branch of the Federal Reserve Bank of Atlanta, and served on two federal commissions on health care – The National Bi-Partisan Commission on the Future of Medicare Commission (1998) and HHS Secretary Richard S. Schweiker's 1982 Advisory Council on Social Security (1982 - 1983). Howard always believed in reaching back to help others. He would take the time to talk and mentor black entrepreneurs and businesspersons so that they might reach or surpass his success in the future. He would regularly hold Saturday breakfast session at Shoney’s to just give advice and share wisdom. Sam received numerous awards including Nashvillian of the Year (1988), the Nashville NAACP Image Award for Lifetime Achievement (1994), and Philanthropist of the year (1997). He was inducted in his alma mater, Oklahoma State University ’s Business Hall of Fame (1983) and the OSU’s Alumni Association Hall of Fame (1999). In 2010, he received the White House Fellows’ John W. Gardner Legacy of Leadership Award. He was a member of numerous organizations including 100 Black Men of Middle Tennessee, Alpha Phi Alpha Fraternity, Chi Boule-Sigma Pi Phi Fraternity and Agora Assembly. In addition, he was a member of Leadership Nashville, Rotary Club of Nashville, Society of International Business Fellow (SIBF), and Lake Providence Missionary Baptist Church. Samuel H. Howard leaves to cherish his memory, his loving wife Karan of 57 years, daughter Anica, and her children Morgan and Eli, son Samuel II, his wife Allyn, and their son Samuel III. He also leaves his younger sisters Callie and Lula, along with many nieces and nephews. The Viewing will be on Tuesday, July 21, 2020, 1 pm to 4 pm at Lewis and Wright Funeral Home. There will be a Private Funeral on Wednesday, July 22, 2020 at 1 pm. The funeral will be live streamed with instructions available on the Lewis and Wright Funeral Home website (www.lewisandwrightfuneraldirectors.com). Due to the current pandemic, the family would appreciate that all attendees of the Viewing and Private Funeral adhere to the CDC recommendations for social distancing and the wearing of facial masks. In lieu of flowers, please donate to the Urban League of Middle Tennessee in honor of Samuel Howard.  You can donate online at www.ulmt.org or mail your donation to 50 Vantage Way, Suite 201, Nashville, TN  37228.
To send flowers to the family or plant a tree in memory of Samuel Howard, please visit Tribute Store
Tuesday
21
July

Walk through of Friends

1:00 pm - 4:00 pm
Robert E. Lewis Memorial Chapel
2500 Clarksville Pike
Nashville , Tennessee, United States
The Howard Family will not be present during the public walk thru. There will be a PRIVATE FUNERAL on Wednesday, July 22, 2020 at 1 pm. The funeral will be live streamed on FACEBOOK at Lewis-Wright FD. If you do not subscribe to FACEBOOK, you can watch the service at LPMBC Nashville.
Need Directions?
View Map | Text Directions | Email Directions
Order Flowers for Samuel Howard's Walk through of Friends