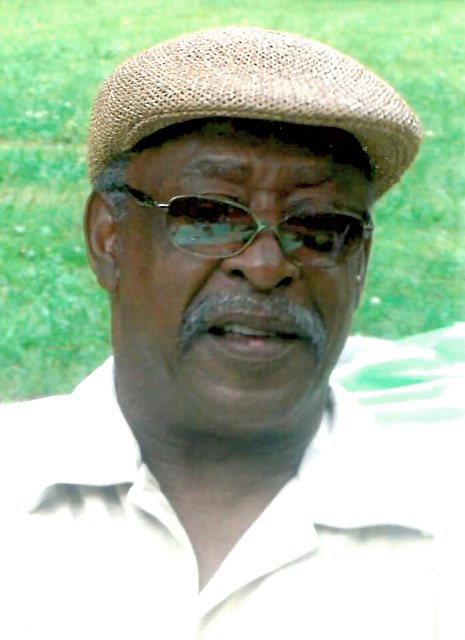 Jesse James Rucker, Jr. was the third child born to the union of Jesse James Rucker, Sr. and Otha McKnight Rucker on March 18, 1946. He was baptized early in his life at Emery United Methodist Church in Murfreesboro, Tennessee. Jesse expressed much pride when he talked about the day he and his cousins were baptized. As an adult he joined the Fourteenth Missionary Baptist Church under the pastorate of Rev. Frank S. Gordon. After the family moved from Murfreesboro to Nashville, Jesse attended Wharton Elementary and Middle School as well Pearl High School. He was considered to be an outstanding basketball player at both of these schools. Jesse did work at several community jobs, but he enjoyed doing volunteer work with the Second Harvest Food Bank of Middle Tennessee. Jesse was preceeded in death by parents; wife, Wilma Hunter Rucker; brothers-in-law: Johns Clements and Leslie Hunter. Jesse’s memory will be cherished by son: Monye Shawn Rucker; brother; Richard Rucker; sisters: Estella Clements, Dorothy Rucker, and Mary Rucker; sisters-in-law: Patricia Wright and Debra Rucker; niece: Tomeka Rucker; nephew: Richard Rucker, Jr. and numerous other family members and friends. Psalm 23 The Lord is my shepherd; I shall not want. He maketh me to lie down in green pastures: he leadeth me beside the still waters. He restoreth my soul: he leadeth me in the paths of righteousness for his name’s sake. Yea, though I walk through the valley of the shadow of death, I will fear no evil: for thou art with me; thy rod and thy staff they comfort me. Thou preparest a table before me in the presence of mine enemies: thou anointest my head with oil; my cup runneth over. Surely goodness and mercy shall follow me all the days of my life: and I will dwell in the house of the Lord for ever.
To send flowers to the family or plant a tree in memory of Jesse Rucker, Jr., please visit Tribute Store
Saturday
23
May

12:00 pm - 2:00 pm
Lewis & Wright Funeral Directors
2500 Clarksville Pike
Nashville, Tennessee, United States
6152552371
Due to COVID-19 guidelines and restrictions, anyone entering the building MUST wear a mask. Unfortunately, we can only allow 10 people in for viewing at a time. Once you have viewed Mr. Rucker, you must exit the building. Thank you in advance for your cooperation
Need Directions?
View Map | Text Directions | Email Directions
Order Flowers for Jesse Rucker, Jr.'s Public Viewing
Saturday
23
May