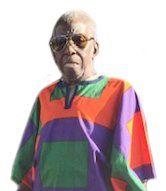 Lifelong Leader, Teacher, World-Traveler, Beloved Father, Grandfather, Uncle and Friend! On December 15, 2019, in the year of Our Lord, 2019, Dr. Hoyt Alexander King, of Baton Rouge, Louisiana, our beloved father, grandfather, uncle and faithful disciple of Our Savior, passed in his Nashville, Tennessee home. As the second-born son, of the union of Mr. Sam Jored King of Racourcci Island (Pointe Coupee Parish), and Mrs. Betty Alexander King of McManus (East Feliciana Parish), and brother to Royal King, all whom preceded Him in death. Dr. King, was born in Baton Rouge, Louisiana on September 12, 1944, is survived by his loving, children, sons, Hoyt A. King II (spouse Maia C. King), Patrick J. King (spouse Surjeet A. King), and daughter Angela J. King; and his loving grandchildren, Hoyt A. King III, Sophia L.J. King, Roen King Bonnell, and Kiran A. King; children’s mother Nancy W. King; Sister-in-law, Marianne King; Niece and Nephew Marilyn King Nicholas, Reginal King and great-nephews Ian Nicholas and Eli Nicholas, loving partner Louise Woodbury; and, a host of loving relatives and friends. Spanning a lifelong passion for learning and a more than 50-year career in teaching, Dr. King was educated in the public-school system of East Baton Rouge Parish, Louisiana. He understood that education is knowledge gained of the world around us and armament to change it into something better. Ever the seeker of knowledge, Dr. King began his formal education at Blundon School in East Baton Rouge Parish, during which he was scout member in one of seven, segregated, Black Boy-scout Troupes, in Louisiana, and where he earned the highest achievement of Eagle Scout rank in the late 1950’s. Throughout his high school and Undergraduate educational years, Dr. King’s love of the Arts-Music, drew him to master the Clarinet and other Woodwind Instruments, performing in the McKinley High School & Southern University Band’s. Dr. King went on to receive his Bachelor of Arts Degree in Political Science from Southern University, in Baton Rouge, his Masters of Arts degree in Political Science from Atlanta University, in Atlanta, Georgia and his PH. D in Political Science, from West Virginia University, in Morgantown, West Virginia (WV.). Throughout his career in Academics, Dr. King served in the role of Professor, Department Chairman and President at the Historically Black College and Universities of West Virginia State University- Institute, Tennessee State University (TSU), from which he retired in 2017. During His tenure at TSU, Dr. King, was inducted into Omega Psi Phi Fraternity, realized numerous accomplishments and credits, as well as, founded numerous initiatives in support of the TSU on the domestic and world stage. Most notable are Dr. King’s founding efforts, at TSU, to attract International Students/Learners and as President of Tennessee State University Federal Credit Union (TSUFCU). His effort to attract International students and learners to TSU, have resulted, in the development of on-going International Student Programs, Admissions, Mentorships and Transfer opportunities at the University, to date. Dr. King traveled to locations in Cameroon, South Africa, South America, Central Europe and numerous other countries in effort to promote University initiatives in attracting World Learners. As President of the TSUFCU, Dr. King made it his mission to serve TSU families, and their family members, as well as, those traditionally underserved by the banking industry. Dr. King’s, notable legacy will long be remembered and continued through his children, grandchildren, nieces and nephews, extended family and friends. His ideology toward and love of Education, family and friendship, has indelibly imprinted countless students, colleagues, admirers, individuals and anyone whom has had the honor of knowing him. To our Father, May you ever be protected, on your Travels... “Grant me O Lord a steady hand and watchful eye. That no one shall be hurt as I pass by. Thou gavest life, I pray no act of mine may take away or mar that gift of Thine. Shelter those, dear Lord, who bear my company From the evils of fire and all calamity. Teach me to use my car for others need; Nor miss through love of undue speed The beauty of the world; that thus I may With joy and courtesy go on my way. St. Christopher, holy patron saint of travelers, Protect me. And lead me safely to my destiny”. St. Christopher (Patron St. Of Travelers) Dr. King’s Homecoming ceremony will be held, Thursday January 2, 2020, 12pm at St. Pius X Church, located at 2800 Tucker Road, Nashville, TN, 37218, followed by a 1pm funeral service, and 2pm repass in the St. Pius X Gymnasium. In lieu of flowers, the Family has requested donations, in Dr. King’s name, be made to the following Charity: Médecins Sans Frontières/Doctors Without Borders 40 Rector St., 16th Floor New York, NY 10006 T 212.679.6800 | donations.nyc@newyork.msf.org F 212.679.7016 | http://www.doctorswithoutborders.org Federal tax ID#: 13-3433452 Online Donations: https://donate.doctorswithoutborders.org/onetime.cfm
To plant a tree in memory of Dr. Hoyt King, please visit Tribute Store
Services for Dr. Hoyt King
There are no events scheduled. You can still show your support by planting a tree in memory of Dr. Hoyt King.
Visit the Tribute Store
Share Your Memory of
Dr. Hoyt
Upload Your Memory View All Memories
Be the first to upload a memory!
Share A Memory
Plant a Tree