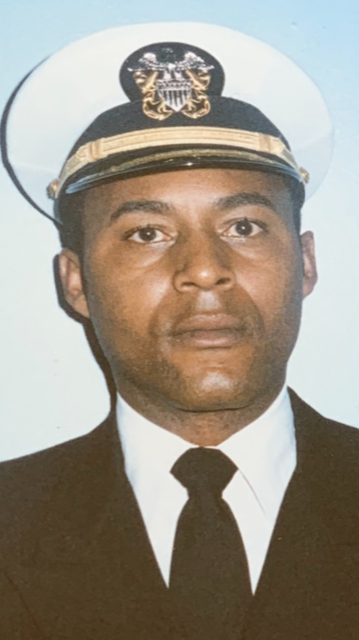 Eric Maurice Johnson, known by family and dear friends as “Bubba”, was the second son and sixth child of the late William Henry and Annie Hyde Johnson. He transitioned Sunday, June 23, 2019.

Eric was an excellent student, attending Wharton, Hume Fogg, and earned a Bachelor of Science degree in Architectural Engineering from Tennessee State University. He met Janice Marie Talley, and after a short courtship, they were joined in wedded bliss on December 21, 1978.  This was blessed with three sons were born to this union. Eric Garfield Johnson, Nicholas Maurice Johnson and Stephen Leroi Johnson. Eric Garfield and Stephen Leroi preceded him in death.

Eric joined the U.S. Navy in 1971 and was honorably discharged with the rank of Naval Lieutenant. He worked along side his father in the family business, Johnson’s House of Atena funeral home. Eric decided to attend Gupton Mortuary and became a licensed embalmer, and licensed funeral director.  Eric worked for the State of TN as a Transportation Project Specialist Supervisor I.

Eric Maurice united with Capers Memorial C.M.E. church serving in numerous capacities, Chairman of the Steward Board, Treasurer of the Capers Usher Board, Men’s Chorus, and Treasurer of Capers’ Lay Department. He walked daily with the Lord. He sought to honor God in all that the said and did, living a life of grace and peace. The light of Christ shined brightly in Eric Maurice, for he exemplified the words of Jesus, “As I have loved you, love ye one another” (John 13:34).

Bubba’s love extended beyond his family and friends to include persons in the community. He was kind, patient, thoughtful, selfless, generous, and friendly.  Micah 6:8 describes Eric as well: “He hath shown thee O, man, what doth the Lord require of thee, but to do justly, and to love mercy, and to walk humbly with thy God?  Eric Maurice walked as a true son of the living God.  Bubba believed what the Apostle Paul wrote in Romans 14:8 “If we live unto the Lord; and if we die, we die unto the Lord.  So whether we live or die, we belong to the Lord.”

To send flowers to the family or plant a tree in memory of Eric Johnson, please visit Tribute Store
Sunday
30
June