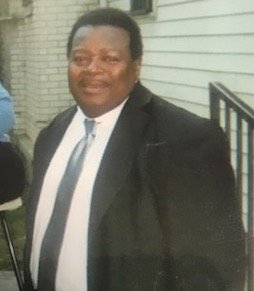 Richard Johnson, Jr. was born February 27, 1940 in Williamson County to Richard Johnson, Sr. and Orielean (Shaw) Johnson.  He was preceded in death by his parents, two sisters and two brothers. He entered into rest on Saturday, May 18, 2019.

Richard received his education in the Williamson County School systems. He was employed  by Hyco Concrete for over 30 years.

Richard confessed hope in Christ at an early age. He served as a Deacon at Clifton Avenue UPB Church for many years. He entered into matrimony on June 9, 2006 to Edna (Mason) Johnson. Richard enjoyed fishing and hunting. He will be missed by many.

To send flowers to the family or plant a tree in memory of Richard Johnson, please visit Tribute Store
Friday
24
May