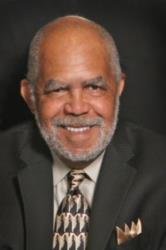 Please share a memory of Francis to include in a keepsake book for family and friends.
View Tribute Book
Public Servant, Businessman, Civic Leader and Humanitarian Francis S. Guess has Died Francis Guess, 69, dedicated his life to worthy causes from economic development to the preservation of musical heritage to equality for all NASHVILLE, Tenn. – Francis Guess, community trailblazer and civil rights champion, has died at his home. Mr. Guess was an influential leader, who devoted his distinguished 45-year career to enhancing a myriad of areas in Middle Tennessee. He served on the National Civil Rights Commission and as the Commissioner for the Tennessee departments of Labor and General Services under then Governor Lamar Alexander; and provided volunteer support to more than 100 organizations. A Nashville-native, Guess began making his mark at a young age. He served in Military Intelligence with the U.S. Army during the Vietnam conflict. He went on to earn a bachelor’s degree in political science from Tennessee State University and a master’s of business administration from Vanderbilt University’s Owen Graduate School of Management. Later, he completed the Senior Executives in State and Local Government program at Harvard University. Drawing on lessons from each, he became an ardent and effective supporter of equal opportunity through public and private positions. In the public sector, Guess served 30 years as a member of the Tennessee Commission on Human Rights. Nationally, he was appointed as a member of the U.S. Commission on Civil Rights by President Ronald Reagan. Mr. Guess’ body of work in the private sector extended to his advocacy for open opportunities. He served as executive vice president of The Danner Company, a management and investment firm, and most recently as the executive director of the Danner Foundation, a family foundation that has contributed more than $10 million, largely to Tennessee programs addressing education and health. He also owned and operated Helicopter Corporation of America (HELICORP). His volunteer commitments included board and commission positions with the National Coalition of Human Rights, American Institute for Managing Diversity, Nashville Committee on Foreign Relations, Tennessee Minority Purchasing Council, Tennessee Advisory Committee of the U.S. Small Business Administration, and, among others, the Governor’s Monitoring Committee. Currently, Guess served on the boards of the Tennessee Supreme Court Access to Justice Commission; Board of Professional Responsibility of the Supreme Court of Tennessee; Nashville Minority Business Development Fund; Country Music Hall of Fame and Museum Board of Officers and Directors; Metro Convention Center Authority; and the Nashville City Club. He was also a member American Legion Post 82, Inglewood and a lifetime member of the NAACP. Mr. Guess was the recipient of numerous awards and recognitions for his public and civic service, including the prestigious Tree of Life award from the National Jewish Fund. In 2013, he was honored with the Joe Kraft Humanitarian Award by the Community Foundation of Middle Tennessee. He is survived by his daughter, Maria Guess, his mother, Kathryn Driver, three brothers and three sisters, a host of niece and nephews, and his beloved Nashville community.
To plant a beautiful memorial tree in memory of Francis Guess, please visit our Tree Store

Look inside to read what others have shared
Family and friends are coming together online to create a special keepsake. Every memory left on the online obituary will be automatically included in this book.
View Tribute Book
Services for Francis Guess
There are no events scheduled. You can still show your support by planting a tree in memory of Francis Guess.
Plant a tree in memory of Francis
Share Your Memory of
Francis
Upload Your Memory View All Memories
Be the first to upload a memory!
Share A Memory
Plant a Tree