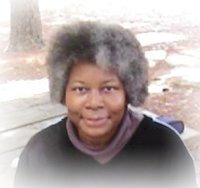 Mrs. Joyce Ann Powell Collins was born on June 12, 1948 in Memphis Tennessee to Ed Powell and Lelia Strickland. She was raised by her mother (Lelia Strickland Armstrong) and stepfather (Joe Armstrong). She accepted Jesus Christ as her savior at an early age at Union Valley Baptist Church (Memphis, TN) and never wavered from that faith. She also fellowshipped with Greater Mount Carmel Baptist Church (Baton Rouge, LA,), Morning View Missionary Baptist Church (Memphis TN), and Spruce Street Baptist Church (Nashville, TN). After graduating from Hamilton H.S (’65)., she attended LeMoyne College where she joined the Zeta Phi Beta Sorority. After graduation from LeMoyne College (’69) with a B.A. degree, she received a M.S. degree from Western Michigan University (’71). During her professional career she served as a librarian at Tennessee State University, Southern University, and Louisiana State University and was and was listed with “Outstanding Young Women of America”. In 1986, she became ill, removed herself from the workforce and sought to see how she could enhance the life of others using her hobbies of music, art and reading. From that time forth, she remained dedicated to serving her family and others. She founded JapCo ministries in which she was involved until the time of her passing. In that ministry, she developed tools to help young people expand their horizons through learning music, languages, and different artistic skills. On September 4, 1971, she was wed to Warren Eugene Collins. They are parents to two wonderful children, Evangeline Monique Collins (Patton)(;77) and Warren Gabriel Collins(’80). Joyce was a dedicated wife and mother. She leaves to celebrate her life, a husband and companion W E Collins, a daughter Evangeline Monique Patton (Jonathan Patton), a son, W G Collins, a sister, Althea A Caster (Reginald Caster), grandchildren Xavier Shegog and Josiah Patton, nephews Raphael and Randall Caster, four great-nephews and a host of other family members and friends. Public Visitation will be held Saturday, January 2, 2021 at Spruce Street Baptist Church from 11:00 a.m. - 12 noon. A Celebration of Life service will immediately follow at 12 noon at Spruce Street Baptist Church.